Until fairly recently, most infrastructure professionals typically learned one area of the data center extremely well and spent their entire careers refining that specialty. Someone might be a storage professional or a networking professional, but rarely did he or she need to know both. And some were hyper-specialized, perhaps focusing in on Cisco routers or Linux servers.

While employers are still posting jobs for these types of positions, many are starting to look for IT staff who have broad rather than deep knowledge. As trends like cloud computing, DevOps and containerization have become more prevalent, organizations need IT workers who understand it all:  servers, storage, networking, virtualization, applications, security, and even the basics of how the business functions. 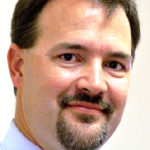 Scott Lowe, engineering architect at VMware, likes to refer to this type of well-rounded IT worker as a “full-stack engineer.” He knows the “full-stack” moniker is often used for developers who work on both front-end and back-end programming, but Lowe said he co-opted the term to describe infrastructure/applications engineers who are being forced to move out of the one area where they've worked.

He traced the origins of the full-stack movement to a number of converging trends.

First, he noted that IT groups are under increasing pressure to define the business value for every project or purchase they undertake. For example, if an organization is going to replace a server, IT often needs to justify that update to the business. That means IT professionals “need to be more aware of what technology is being used for. That’s what’s pulling us up the stack,” explained Lowe. Full-stack engineers need to understand which applications are running on the servers and why they are important to the business.

Second, he said that the trend toward cloud computing had made organizations realize that they have an alternative to in-house infrastructure, which has changed their perspective on IT investments. Also, because many organizations are moving workloads to the public cloud, “IT professionals have to shift their skillsets because the skillset they need to be effective and to thrive when those environments are in play are different than the skillsets they needed in order to thrive and be effective in a private data center,” Lowe said.

In addition, many organizations have “an increasing desire and need to use automation as a way of providing more consistent standardized configurations and to make IT organizations more effective,” said Lowe. That, too, is affecting the skills that IT professionals need to have in order to be successful.

So what skills do infrastructure pros need to have if they want to become full-stack engineers? Lowe said three types of skills are key:

Lowe said that there is no one characteristic that defines a full-stack engineer, “but the thing that comes the closest is fully embracing automation and orchestration in everything that they do.” That encompasses a wide range of tools and technologies, ranging from configuration management to containers to infrastructure as code.

With the public cloud becoming more prevalent among enterprises, Lowe also advised IT pros to develop their cloud computing skills. He specifically called out Amazon Web Services (AWS) and Microsoft Azure as two vendors that are important.

Scott Lowe will offer more advice about moving up the stack at Interop ITX 2018, where he will present “The Full Stack Journey: A Career Perspective.”