Technology is allowing IT managers to address safety concerns with sensors now; smartphone chips on the way.
Bob Wallace 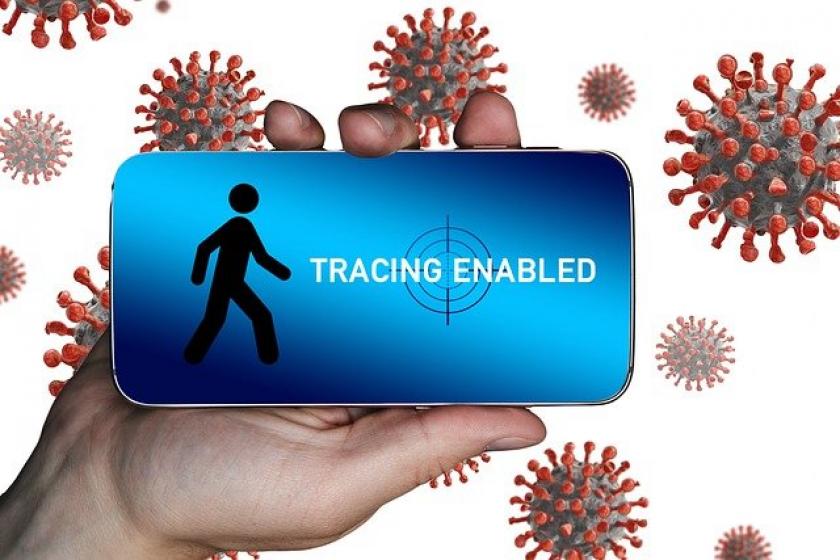 Faced with fighting a global pandemic that shows no signs of letting up, organizations in multiple verticals are beginning to use shirt-distance, low-power Ultra-Wideband (UWB) radio technology to power their social distancing and contact tracing operations today.

Around for years, UWB provides a highly accurate, low-power, robust, and secure wireless technology for locating a device's position, movement, and distance. The tech supports very high bandwidth communications and works over a wide range of frequencies, hence the name ultra-wideband.

UWB has experienced growing momentum in recent months, as more companies offer devices or chipsets that support the technology, according to a recent forecast from ABI Research, a global tech market advisory firm.

Supporters claim UWB is more reliable than nearfield communications (NFC), Bluetooth, and Wi-Fi-based smartphone apps for tracing. UWB is currently used with sensors initially designed for implementations in large factories. With Covid-19 gripping the masses, companies in verticals, including entertainment, chemical, construction, and food and beverage, have embraced it for contact tracing.

Though established and proven, UWB has lacked a high-profile while similar options grabbed the headlines. That changed in August when the National Football League (NFL) announced that UWB would handle its contact tracing and social distancing efforts – an undertaking crucial to the league's ability to play the 2020-2021 season within the states' rules COVID-19 handling mandates.

"Each player and each staff member of each team (has been) issued wearable tags, and they will be on at all times during practice sessions, games, and times of team travel," the NFL said. The organization estimated that it would deploy up to 2,000 such sensors across the country during the season.

The NFL told the FCC is "doing everything possible to ensure that the teams, their staff, and the NFL operations personnel maintain safe distances and that, should a case of coronavirus occur, that there is contact tracing in place to be able to limit the spread of the virus."

The NFL's system uses sensors that interact with each other and provide audible and visual alarms if people get too close for more than a few seconds. The tags can be worn on a lanyard, a clip, or on a wristband. The league added some players also had them built into equipment typically used in practice and games. The National Basketball League (NBA) also uses UWB-based contact tracing.

UWB does this by transmitting data across short distances and precisely determines location by measuring how long it takes for a radio pulse to travel between devices. The frequency range of UWB is between 3.1 and 10.6 GHz

The UWB-enabled system assesses which employees had contact with an infected person and are at the greatest risk of exposure. When it comes to pinpointing location, systems often report a 10-centimeter precision, with some reporting less than 5 centimeters.

There does not appear to be much in the way of system cost(s) available to IT managers considering UWB-driven contract tracing and social distancing system. Beyond the necessary bandwidth, Kinexon, which teamed with the NFL, claims a low of 70 cents per sensor per day, which adds to the equation.

Those planning or considering implementing a UWB-based contact tracing system should first check to see if they have enough spectrum to avoid interference with other wireless applications.

The NFL did just that and determined there was a significant threat of interference with its player tracking system, which uses chips in players’ pads to gather data that results in slick graphics known to all as Next-Gen Stats.

According to a filing by the league, the league asked for and received permission from the Federal Communications Commission to use a slice of the Citizens Broadband Radio Service (CBRS) band for the 2020-2021 season.

This will allow the league to support safe operations during using low-power, body-worn wireless sensors for players and staff to promote social distancing and COVID-19 contact tracing this season.

The current players in UWB-driven contact tracing are hardly household names, but like Kinexon, they've gathering steam in the enterprise IT space. Currently, Iterate Labs, Ubisense, Piper Networks, Qorvo, and Bluecats are addressing soaring IT managers’ need for tools for contact tracing among employees in this year (and likely more) of Covid-19 as the virus has long since gone global.

Organizations will eventually perform contact tracing using UWB technology in smartphones, thanks to product introductions from Apple and Samsung. By 2025, nearly one-third of all smartphones shipped will support UWB radio technology, according to a recent forecast from ABI Research.

Though we will hopefully defeat COVID-19 using safe distancing, contact training, and vaccines, we have seen that other viruses such as Ebola can return, popping up in less advanced countries. Couple that with the continued emergence of new flus and illnesses, and it seems certain technology will play a starring role in greatly limiting their impact.