The race to launch the first high-speed fifth generation (5G) cellular service in the United States heated up when two of the nationwide cellular carriers recently asked the Federal Communications Commission for special temporary authority (STA) to test equipment in some millimeter bands. Those bands – T-Mobile on the 28 GHz and 39 GHz bands and Verizon on 28 GHz -- have been identified by the FCC as some of the most suitable for the next generation of cellular connectivity.

T-Mobile and Verizon want to conduct limited field tests in several locations for two years and six months, respectively. This follows AT&T's FCC application for a license to test 5G technologies on 3.5GHz, 4GHz, 15GHz and 28 GHz frequency bands last month. Both T-Mobile and Verizon are teaming up with several hardware and software manufacturers to conduct the trials.

T-Mobile US, a subsidiary of Germany’s Deutsche Telekom --which owns 74% of the carrier after its merger with MetroPCS-- will work with Scandinavian network manufacturers Ericsson and Nokia to conduct the trials on both the 28 GHz and 39 GHz bands.

Verizon Wireless is concentrating on the 28 GHz band, using equipment from Ericsson, Intel, Qualcomm and Samsung. The New Jersey telecom has vowed to be the first one to offer 5G services starting next year. Limiting trials to the one millimeter band could speed up its market entry. The partnerships with Qualcomm and Samsung could also indicate that Verizon will launch 5G services with a Samsung handset next year.

5G networks are expected to deliver a new level of service, such as connection speeds up to 10 Gbps -- 500 times faster than current LTE technologies -- and latency reduced to 1ms.

While the ITU is not expected to release preliminary 5G standards until 2020, several cellular operators have expressed their intention to launch limited commercial services in the next two years.

At the recent Mobile World Congress, Ericsson President and CEO Hans Vestberg predicted there would be pre-standard 5G networks before 2020. The industry expects and more than 150 million 5G subscribers by that same year, he said. 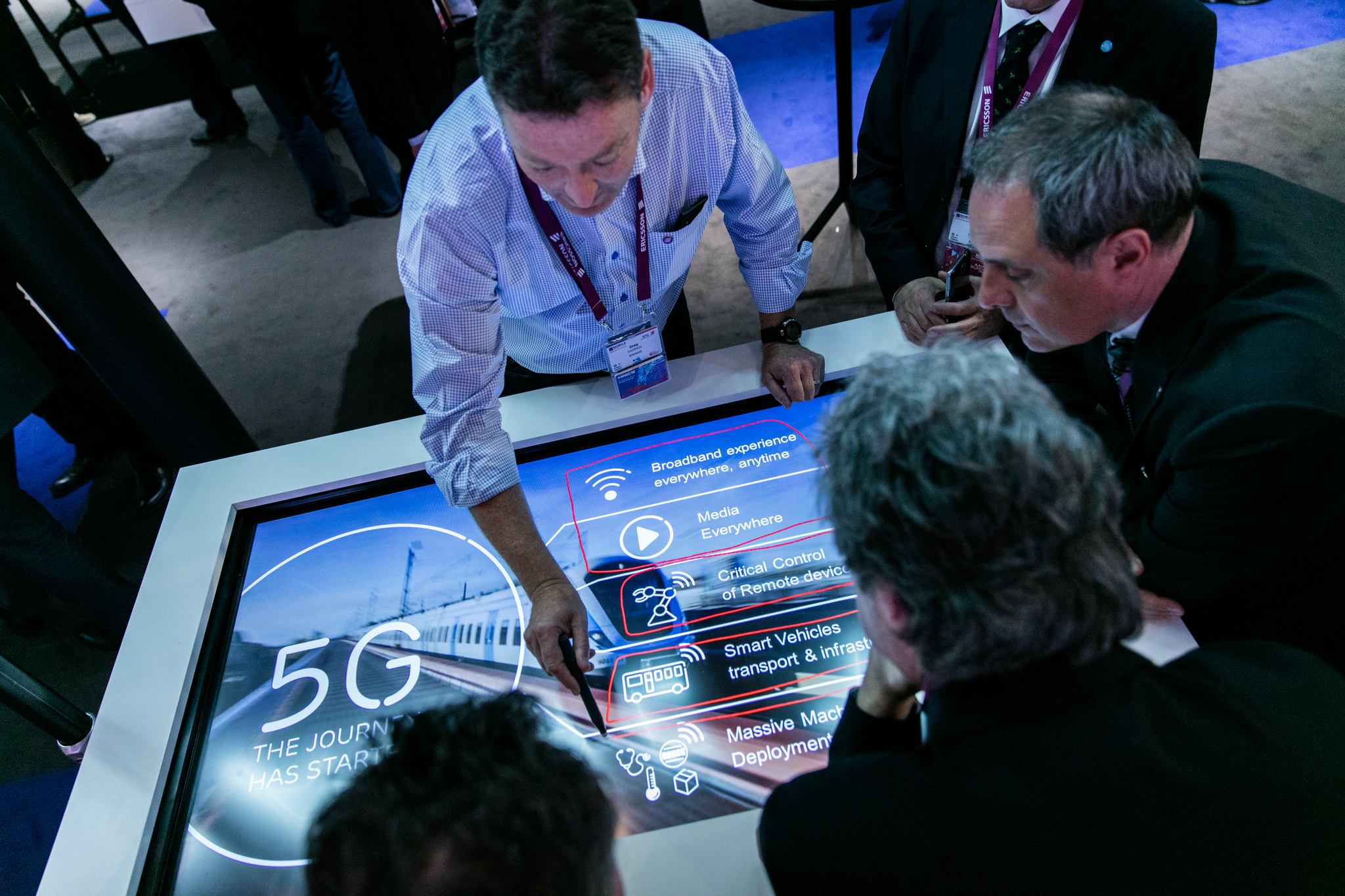 The FCC is studying several strategies for spectrum allocation, including licensed, unlicensed, and hybrid shared models. In a blog post published last summer, FCC Chairman Tom Wheeler explained his position on low-band 5G: “I foresee lower-frequency bands playing a role in 5G. For example, the timing of the incentive auction makes the 600 MHz band a prime candidate for deployment of a wide-area 5G coverage layer. In much the same way that 700 MHz paved the way for America's world-leading deployment of 4G, so could 600 MHz accelerate U.S. deployment of 5G.”

The T-Mobile and Verizon tests on the high-end millimeter bands suggest that they plan to launch a high-speed version of 5G first, probably together with a high-end device manufacturer such as Samsung, aimed at early adopters.

The AT&T approach, however, is to look for a wide range of solutions that play into its IoT and automotive strategy. 5G technologies operating on the lower bands can provide long- range connectivity with extremely low latency, something necessary for the next generation of connected devices. It will also be critical for C2X (car to infrastructure communications), self-driving cars, and remote management of self-driving trains.