Learn about antenna fundamentals and the different types of antennas available for WiFi applications.
Jason Hintersteiner

Antennas serve to shape and focus the radio signal in particular directions, acting like a lens for RF frequency. Every radio system, such as WiFi, cellular, cordless, and walkie-talkie, requires antennas on each transmitter and receiver to shape and focus the signal. Antennas are passive devices and work both for transmission and reception; an antenna equally increases the radio's ability to talk (transmit) and to hear (receive) in particular directions. Like optical lenses, antennas are tuned to work at particular frequencies, as the size of the antenna elements required are a function of the operational wavelength.

The simplest antenna to understand is the typical "rubber duck" dipole omni-directional antenna, which has a doughnut-shaped pattern. As this shape is "roughly” spherical, these antennas have a fairly low gain, typically in the range of 2 dBi - 5 dBi. The gain can be increased by pushing more energy in one direction vs. another. For a dipole antenna, this is accomplished by lengthening the dipole, so as to increase the total energy propagated horizontally (in the horizontal/azimuth direction, perpendicular to the dipole) by stealing it from the energy propagated vertically (in the vertical /elevation direction, parallel to the dipole). 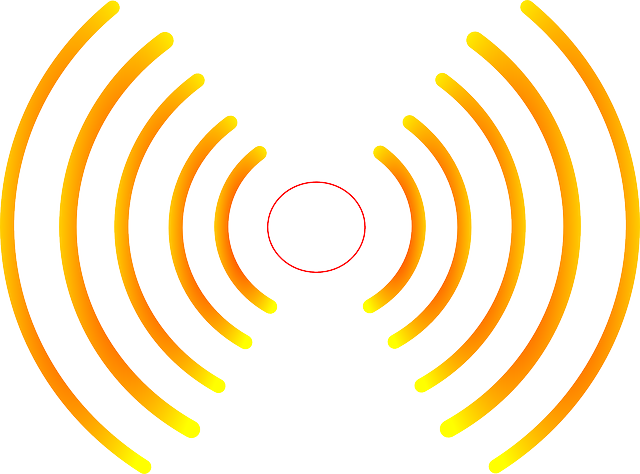 Another type is the directional antenna, which serves to focus the bulk of the RF energy in specific directions. Such antennas have very high gains, as they deviate dramatically from a perfect sphere. There are various types of directional antennas, the most common of which in WiFi applications are as follows:

There are always tradeoffs in antenna design. Just as antenna designers cannot build a perfect sphere, they cannot build a perfect cone. Consequently, for directional antennas there will be some RF energy that is projected and received in the undesired directions, known as backlobes and sidelobes. If two neighboring antennas are placed very close together, they can potentially interfere with each other, even if their respective APs are set to use non-overlapping and non-adjacent channels.

Accordingly, a separation distance of at least three to four feet is generally recommended when mounting directional antennas next to each other. The beamwidth of the antenna is defined by where the energy of the antenna drops by 3 dBi (half) of the peak; typically each circle in a polar plot indicates a gain of 3 dBi. Thus, while the gain of the antenna is less beyond this beamwidth, it is also generally not zero. This effect also needs to be accounted for in WiFi designs.

In WiFi applications, the two most common frequencies are 2.4 GHz and 5 GHz. Some vendors separate the antennas, and even though these may look identical on the outside judging from the plastic radome that covers the antenna, the elements are physically different on the inside. Some antenna manufacturers make dual-band antennas that work at both 2.4 GHz and 5 GHz frequencies, though such dual-band antennas generally require a compromise on the gain of the antenna for each frequency band.