What DJs Can Teach DevOps Cynics

Just as new tools transform a DJ's musical options, DevOps revolutionizes what IT can do for the business.
Steve Shah

I understand some people don't buy the idea that DevOps will revolutionize IT. We've all heard big ideas that never really panned out. But the skeptics miss the radical transformation that's already underway. It's not just a matter of better-faster-cheaper. The ability to create higher-level constructs incredibly quickly will change the way we think about IT and what it can do for the business.

I thought about this the other day as I was shopping for DJ gear. When I was first spinning records, people were happy with a couple of turntables, a stack of vinyl, and a handful of gadgets. You can still make great music this way.

But when I saw the latest tools -- and what they could do -- my jaw dropped. Consider this clip. (Warning: the language at the beginning is NSFW.) If you skip ahead to about 1:20, you'll see the DJ use digital tools to do things you never could with vinyl, like switching among samples and changing cue points instantly without the need to pull the record or move the needle. The DJ aligns samples to beats automatically while still tracking needle motion and record speed to emulate the nuances of vinyl.

This isn't about a longer-lasting stylus or less flutter in the drive. It's a transformative set of capabilities that take turntablism beyond scratching to real-time production of entirely new songs.

DevOps involves a similar transformation. If you think of it simply in terms of low-level scripts and traditional application development, it can be hard to grasp its potential. But we're not talking about just Perl or VBScript anymore. 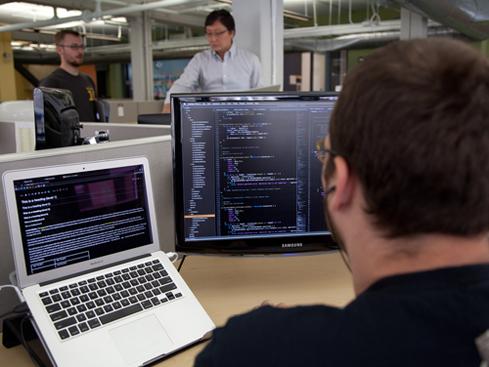 Modern APIs and the latest DevOps tools let you exploit higher-level constructs and abstractions that you never could before in a simple and straightforward way. Automating an entire datacenter is no more farfetched than producing a new song in real time.

Here's an example. The worse the weather gets, the more people will need to be able to work from home. Ideally, you should be able to adapt your remote access infrastructure in real time, according to current conditions. In the old days, the only way to do this would have been to set up a network of weather sensors, link them together, and then â€¦ well, forget it. You'd never actually have done it.

Now you can use a handful of APIs and a few lines of code to create an automated system to pull down weather data in real time, assess conditions, and work through an orchestration layer to turn on additional remote-access VPNs as needed. That's an entirely new capability, one we simply couldn't have contemplated in the old days.

Of course, with the new tools come new expectations. Just as DJs using the new gear face criticism that they're not really mixing, and have to produce something truly astonishing to win over the old guard, DevOps has to aim high and blow people's minds to prove the potential of automation. But the opportunity is there; we've got the tools. It's all about what we do with them.

A confession: three years ago, I was among the naysayers. I wrote a post questioning whether DevOps was really a big deal. Citrix CTO Simon Crosby called me on it -- I'd been thinking of outdated tools and hadn't perceived the transformational leap that was already underway. Now I get it. And I can't wait to see what comes next.