Networking teams are just starting their AIOps journey. In the next five years, AI assistants will be considered integral members.
Manoj Leelanivas 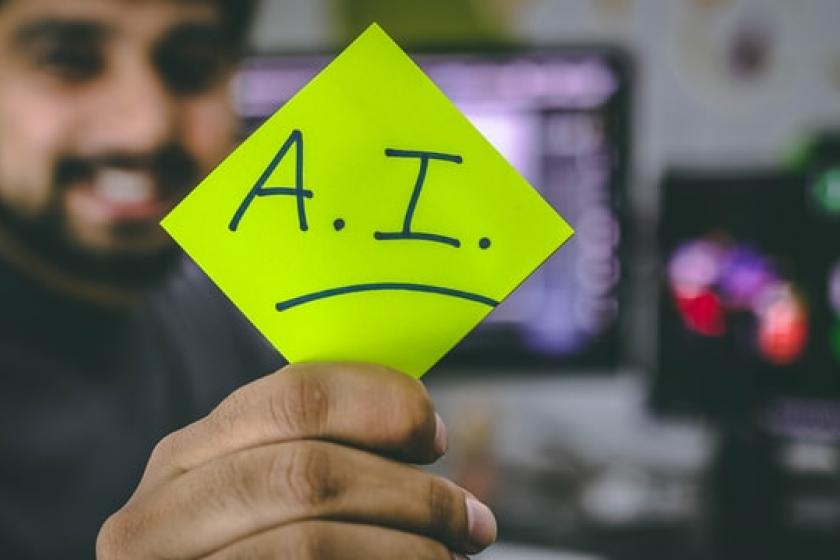 Nearly ten years have passed since the publication of Marc Andreessen's famous manifesto about digital disruption, “Why Software Is Eating the World.”

As we now know, software isn’t just eating the world, it’s devouring it. Try to imagine life and work during a pandemic without software-based services delivered online – no Netflix, Zoom, Amazon, or social media platforms. Or consider that Salesforce, which exceeded $2 billion in annual revenue for the first time in 2011, recently announced it is acquiring Slack for over $27 billion.

In large enterprises, trends that were nascent when Andreessen wrote his article have now established themselves as common practice – in particular, the growing preference for pay-as-you-go cloud and software-as-a-service models over hardware and software capital expenditures. A historic transformation is well underway, and yet much of the networking industry is still playing catchup.

For a long time, many networking vendors and their customers have been focused on building and buying the biggest, baddest boxes – the fastest router, the highest-performing switch, etc. Sure enough, disruptions have shaken this traditional approach. Software-defined networking (SDN) has taken shape over the years, helping control and manage large hardware devices in the network. Network function virtualization (NFV) had its heyday, and software-defined wide area networks (SD-WAN) provide an automated way of managing network connectivity across distributed locations.

But an enormous amount of white-space opportunity exists for networking companies to further the software-driven paradigm that has spread so dramatically to other parts of the enterprise by embracing cloud and AI. The increasing hordes of remote workers need access to cloud-hosted applications. And the advent of smart homes, cars, factories, and other Internet of Things (IoT) technologies is presenting new connectivity and scalability challenges, which will only increase as 5G networks come online. Thus, companies that provide a superlative, AI-driven user experience in networking -- both for operators and end-users -- will thrive in this new era.

Futurists like Ray Kurzweil have predicted that computers will exceed the abilities of the human brain by 2045. We’re quickly approaching the day when self-driving cars will be safer than human drivers. It has already been shown that AI can do a better job at diagnosing MRIs; soon, it will be malpractice for a doctor not to use an AI assistant. And these advances are extending to IT with AIOps, the use of machine learning and AI to collect data from a variety of operations tools and respond to issues in real time.

Networking teams are just starting their AIOps journey, but in the next five years, AI assistants will be considered integral members. Thanks to the cloud – which offers better ways to develop and maintain software and virtually unlimited compute and storage – AI is poised to fundamentally change networking.

From a technical perspective, every networking vendor should be concentrating its innovation efforts around automation and AI in the control and the management planes -- the functions and processes in the network that manage how traffic travels across physical and virtual devices.

Historically, administering control plane elements has been a heavily manual process that consumes an inordinate amount of IT staff resources and is prone to human error. But an automation and AI-driven software approach delivers simplicity in operations, provides holistic visibility into how the entire network is performing and gets us closer to a self-driving network.

As the volume and the velocity of data from networking devices explode, it is important to tame the complexity and get to the verity in that data. It is paramount to look at a cloud-connected model not just to simplify operations but also to collect the right data, which will provide the insight for AI engines to self-heal the network.

Make no mistake: the emergence of networking functionality delivered as a service via the cloud with self-driving capabilities powered by AI, represents a massive change from how the industry has operated for decades.

Roll back time a bit. Vendors used to depend on developing and selling the latest, greatest networking hardware for revenue. Customers are used to devoting capital expenditures to these purchases, depreciating the cost for five years or so, and then buying the newest box. Rinse and repeat.

The software model changed everything. Now, organizations can pay less upfront for hardware and instead subscribe to the services they use over time. Vendors tilt toward renewable revenue streams based on subscriptions and dedicate more of their R&D to valuable new software services rather than always trying to persuade customers to buy the latest hardware. Now we are on the cusp of the next revolution driven by AI and cloud that will make networking invisible to the end-user.

Because the routines have lasted for so long, the cultural aspects of networking’s software transformation are as significant as the technological. We’re all creatures of habit. Vendors must change how they market and sell; customers have to reimagine the procurement practices they’ve had in place for years.

But it’s folly to think networking isn’t subject to the shift in which, as Andreessen put it, “software is also eating much of the value chain of industries that are widely viewed as primarily existing in the physical world.” And now AI is eating networking.

The time is here for the networking industry to embrace change or be left behind.