A two-day summit at Interop ITX 2018 featuring industry luminaries Martin Casado and Radia Perlman will focus on how networks need to change to keep up with business demands.
Marcia Savage

If you've worked in networking for a while, you know what a roller coaster ride the last few years have been as new technologies began upending traditional models. Earlier this decade, all the discussion focused on software-defined networking, with experts debating the merits of OpenFlow, overlays, and underlays. Today, you don't hear much about the intricacies of SDN; now the buzz is around intent-based networking and automating networks.

It's been a lot to keep up with. Aside from the marketing hype around trends like SDN and IBN, there's no question that networking is changing. From the data center to the WAN and LAN, networking infrastructure is evolving to become more software focused and automated, with less attention paid to hardware speeds and feeds. Enterprises are demanding more agile networks to support their digital strategies, and are looking to software and automation to accomplish that.

"The networking industry is at an inflection point. Network operators are under pressure to keep up with the ever-increasing demands their businesses are placing on the network. The acceptance of cloud computing, the ubiquity of mobile usage, and the rise of internet of things deployments are all putting tremendous strain on the network, which will only increase in the future," Brandon Butler, IDC senior research analyst, told me in an email.

"IT managers are looking for simple and scalable systems that help them create dynamic networks that can keep up with the speed of business. Meanwhile, the underlying technology that powers the networking industry is in a rapid state of change," added Butler, who tracks the enterprise network infrastructure market. "The industry is in the early parts of a years-long transition from being hardware-centric to becoming software-centric and is just beginning to embrace exciting new technologies such as machine learning."

At Interop ITX 2018, Butler will emcee a two-day Network Transformation Summit that will explore the top trends affecting networking today and examine how the network needs to change in order to keep up with business demands. Presented in partnership with IDC, the event is like a mini-conference within Interop ITX and brings together top minds in networking to discuss and debate the state of the industry and where it's headed. 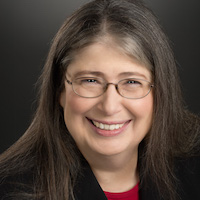 Kicking off the first day will be networking pioneer Radia Perlman, whose inventions impact how networks operate today. Her work includes the Spanning Tree Protocol, which she later improved with the development of Transparent Interconnection of Lots of Links (TRILL). She holds more than 100 patents and has received numerous awards. Currently a Fellow at Dell EMC, Perlman is scheduled to talk about fads like Blockchain and SDN, and debunk common misconceptions about networking technology.

Open source is playing an increasingly important role in networking today, as service providers and enterprises demand more flexibility in their networking gear. At the Networking Transformation Summit, Arpit Joshipura, general manager of networking and orchestration at the Linux Foundation, will provide a view into the state of open source networking and where it's headed in his presentation, "The Open Source Perfect Storm."

Hyperscale companies have been at the forefront of implementing open networking, and summit attendees will get to hear from one. Aaron Sullivan, director of hardware engineering at Facebook, will talk about hyperscale networking practices from a practical perspective. Sullivan's experience includes security, enterprise and telco networking, as well as large-scale systems engineering. Before joining Facebook, he was a distinguished engineer at Rackspace. He has served within the Open Compute Project for several years.

All the rapid changes in networking have a lot of networking pros wondering what's ahead for their careers. A panel of practitioners and IT leaders will look at how networking careers are evolving and what you need to do to survive. Panelists include Denise Donohue, network architect at NetCraftsmen and author of several books on networking, and Jordan Martin, technical architect at Core BTS and co-founder of the popular Network Collective podcast. Earlier in the day, Donohue will lead a talk on business-driven network design. 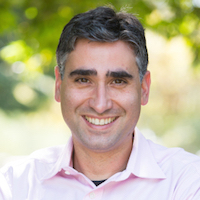 Day 2 of the summit will feature Martin Casado, who pioneered the software-defined networking movement. A PhD in computer science from Stanford, he co-founded Nicira, which VMware acquired in 2012 for $1.2 billion. Today, Casado is a general partner at VC firm Andreessen Horowitz.

At Interop two years ago, his keynote provided provocative insight into the future of IT infrastructure, which drew rave reviews from attendees. This year, Butler will sit down with Casado for a "fireside chat" about networking trends. The chat is designed to give attendees the opportunity to pick Casado's brain on the future of networking.

Also on Day 2, expect to hear more thought-provoking perspective from Peyton Maynard-Koran, a practitioner who is well versed in networking and infrastructure. He's built nationwide transport and access infrastructures at Time Warner Cable and currently works as the senior director of infrastructure at Whole Foods/Amazon. The title of his presentation is certainly eye catching: "The Enterprise Network is Dead…Or Is It?" Maynard-Koran will look at the state of enterprise infrastructure and discuss how it needs to change to provide the agility required to keep up with cloud adoption.

Of course any discussion about modern networking has to include security. At the summit, Charlie Gero, CTO of the enterprise division and advanced projects group at Akamai, will outline the risks associated with traditional perimeter-based security and explain the evolution of Zero Trust security principles. Gero holds about 15 patents in cryptography, compression, security, and networking.

Other thought leaders who will speak at the summit include: Leslie Daigle, who has held leadership positions with the Internet Engineering Task Force and was the Internet Society's first chief internet technology officer; Brighten Godfrey, co-founder and CTO of Veriflow, an early player in the emerging intent-based networking space; and Lori MacVittie, principal technology evangelist at F5 Networks and an expert on cloud and security.

After the Network Transformation Summit, IDC will hold its annual IDC Analyst Briefing and Breakfast on Wednesday at Interop ITX. At this special session, IDC analysts will discuss their latest research into networking technology and trends, and provide recommendations to help enterprise IT leaders prepare their networks for the future. You'll need to get up early for this event, but you'll be glad you did.