ConnectAndSell used its own "live conversation automation" service to go from zero to $10 million in annual revenue without spending a dime on traditional marketing.
Kevin Casey 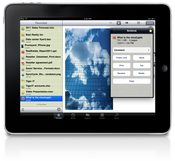 If your business mantra is "always be closing," you know the pain of getting the right people on the phone. A salesperson who spends too much time dialing--and too little actually selling--will soon be looking for a new gig.

That's where ConnectAndSell wants to help. Through a combination of patented switching technology and human elbow grease, the company focuses on the age-old problem of getting real decision makers on the phone. In the process, it has put its platform to the test: Founder and CEO Shawn Mclaren said he and a handful of salespeople used almost nothing but the ConnectAndSell platform to build a business with more than $10 million annual revenue. Today, the company is approach 100 employees and growing.

"We did what, in retrospect, was kind of the obvious thing: We used our own product," Shawn Mclaren said in an interview. While he acknowledges that the online age presents plentiful opportunities to smaller businesses, Mclaren says marketing automation and other modern tools come up well short in one key area: Speaking with actual people.

Enter the closer: ConnectAndSell's platform gets between seven and 10 people on the line an hour instead of the usual one--no voicemail, no disdainful administrative assistants, just bona fide sales leads. Those are numbers that Alec Baldwin's character in the movie Glengarry Glen Ross would approve of. He might even grant Mclaren a cup of coffee.

"Sales is a numbers game," Mclaren said. "You have to talk to a lot of people. If you can talk to the same number of people with fewer reps, it costs you a lot less. Your sales expense as a percentage of revenues is way lower."

[ For tips on how to cut through the hype and find the right vendor for your business, see Worst Tech Vendor Pitches For SMBs, Debunked. ]

Though it could conceivably support other uses, ConnectAndSell is fundamentally a sales tool. Here's how it works: Once the salesperson has made a leads list available from Salesforce or another source, she opens a session--and then waits for the calls to come to her. ConnectAndSell staffers do the grunt work of navigating phone trees, voicemail boxes, and junior employees. When a decision-maker actually answers the phone, the switching system puts the call through instantly to the sales rep, whose screen shows a Salesforce record or other relevant information about the contact--all in about the time it takes the person to say "hello." When the rep is done and ready for another call, she clicks a button to repeat the process. The system produces an average of nine calls per hour, according to Mclaren.

"Some of those are good calls, some are bad calls," he said. "But they get to talk to people on a steady basis, which any real salesman is enthralled with. That's their job."

ConnectAndSell isn't the first company to "dine on its own cuisine." It would be a tad suspicious, after all, if the maker of a sales-oriented technology didn't use it to sell its own product. What's noteworthy is Mclaren's claim that ConnectAndSell has done nothing else to build a $10 million business. Forgive the cynicism, but "zero marketing"--really?

Mclaren stands by the claim. The former Cambridge Systems Group founder, who had been living in Pebble Beach exile for a dozen years, did take out an ad with his headshot in The Wall Street Journal to serve as a new calling card of sorts, as he had heard from a half-dozen past contacts who--Mclaren wasn't entirely joking here--had assumed he was dead. Beyond that bit of resurrection advertising, Mclaren insists he spent virtually nothing on traditional marketing to that point in ConnectAndSell's existence. In fact, he deliberately left all but the most basic information off the company's initial website--in part because he preferred to have people pick up the phone and call for help understanding the product.

ConnectAndSell is now pursuing more traditional marketing channels for young companies. Mclaren has signed on an outside public relations firm, is meeting with venture capitalists, and is speaking at conferences to help get the word out. He uses LinkedIn and other sites, but he considers social media a complementary tool at best. "We don't dwell on it," Mclaren said. The decision to go from zero to some marketing, Mclaren said, was based on timing--the CEO thinks ConnectAndSell can now actually find a return on the investment.

"I'm not averse to marketing," Mclaren said. "But if we'd done it at the very beginning, who was going to pay attention to us?"