The Rise Of The Cloud WAN

The trend of pushing WAN functionality into the cloud -- software-defined WAN -- is gaining steam as enterprises look to reduce WAN complexity and lower costs.
Scott Raynovich

Cloud technology is pushing WAN technology toward the consumer paradigm, as a raft of new startups make it easier to provision and deploy WAN services in the cloud with a software-only model. The WAN functionality moving into the cloud includes business-class Internet, security, WAN optimization, and application policy control.

This cloud WAN movement, or as some call it software-defined WAN (SD-WAN), is designed to make WAN services easier to consume and manage. It's part of two megatrends in networking, including software-defined networking (SDN) and the consumerization of enterprise technology. This market for enterprise WAN services could be upwards of $7.5 billion by 2020, according to projections by my research firm, the Rayno Report.

After spending six months researching this space, I found two common themes: IT experts say that private-line WAN connections and protocols such as MPLS are too expensive, and enterprise managers don't really want to deal with managing proprietary hardware to manage the WAN.

This is where cloud WAN steps in. The idea is to push as much of the functionality into the cloud, including the networking box or branch-office router. Many of the newer cloud services are software only or offered as a Network as a Service (NaaS). There's also a big move toward customer self-provisioning on the Web, to enable a business --  say a branch office -- to set up a secure, optimized WAN connection in the cloud in minutes.

With cloud WAN or SD-WAN, you can say goodbye to the  land of proprietary lock-in and eccentric CLIs. The technology aims to make securing your WAN technology as easy as ordering up a plane ticket from Expedia.

This trend in networking is following the move in enterprise applications. If you think about what cloud applications have done for enterprise technology, they've made them a lot easier 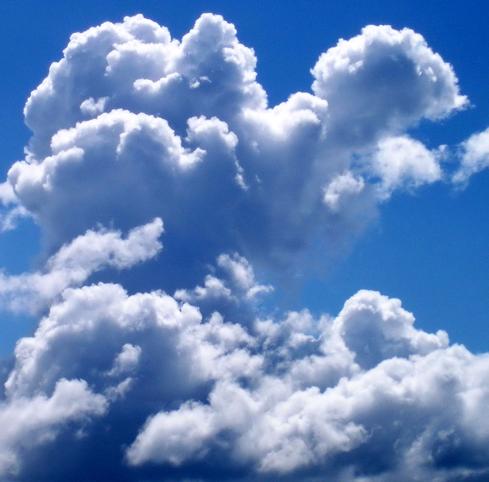 to consume. The first popular cloud applications, such as Salesforce and Google Apps,
reduced the friction to consume and install the software. In the old enterprise paradigm, an IT manager had to install a server and a network to support the application, then install and manage the application itself. Now it's in the cloud, available for anybody to buy at the click of the button.

This reflects what's happened in the retail world. Over time, home-based broadband services have become easier to provision and more automated. It's rare that you need a truck roll to install broadband or cable anymore -- often the home is prewired and the service provider can send you a box in the mail, or have you buy an industry standard hardware, and provision and deploy the service via the Web.

This is exactly what both enterprise IT managers -- and  service providers -- want: Fewer truck rolls, faster provisioning, and easier management.

More than $360 million in venture capital has gone into the cloud WAN space, creating a wave of startups that will also push the incumbents to innovate in the WAN. Startups emerging in this area include Aryaka, CloudGenix (which still is in stealth mode), Pertino, and VeloCloud. Others playing in this market include Silver Peak and Talari.

Aryaka, which has raised more than $80 million in VC funding, is building a global network of POPs for a NaaS service. Think of it as Akamai for enterprise networks. The local POPs can prioritize mission-critical SaaS apps to accelerate performance. But Aryaka's network delivers a wide range of services including compression, Quality of Service (Qos), IPSec security, and link redundancy.

Pertino and VeloCloud are focused on the branch-office connectivity challenge. For example, say a global energy company needs to connect hundreds or thousands of offices and wants to easily provision the services without reconfiguring hardware and truck rolls. Private networks are no longer needed. By supplying virtual orchestration, routing software, and VPN in the cloud, you can now secure the Internet for business-quality WAN connectivity.

Don't expect the incumbents to give up this space to startups. Cisco is migrating WAN functionality to the cloud, and WAN optimization leader Riverbed Technology is partnering with Akamai to put enterprise SaaS acceleration in the cloud.

Expect all sorts of specialized appliance vendors -- such as F5 Networks in the application delivery controller (ADC) space or Fortinet in the security space -- to reconfigure their products as virtualized services for the cloud. This trend was illustrated by the recent partnership between Fortinet  and NTT Communications.

The Rayno Report has just released a premium report, the Future of Cloud WAN, which details the emergence of a $7.5B software-defined WAN market that puts enterprise connectivity services in the cloud. The 20-page report is available on the Rayno Report website.