OPNFV: Focus On Testing And Collaboration

Similar to ODL, OPNFV is a member of the Linux Foundation. When OPNFV was announced, the Linux Foundation declared that OPNFV would establish a carrier-grade, integrated, open source reference platform that industry peers will build together to advance the evolution of NFV and ensure consistency, performance and interoperability among multiple open source components.

In a conversation I had with OPNFV Director Heather Kirksey, she emphasized that OPNFV’s charter is broader than just building a platform that realizes the European Telecommunications Standards Institute’s architectural framework. She emphasized that OPNFV is committed to influencing upstream communities such as ODL, OpenStack, and Open vSwitch, and enabling both functional and performance testing.

While ETSI champions the interest that communications service providers (CSPs) have in virtualizing network functions, the Open Networking User Group (ONUG) focuses on the corresponding interest that enterprises have. In a white paper entitled Open Networking Challenges and Opportunities, ONUG discussed the cost and complexity of managing a large number of Layer 4-7 network appliances, such as application delivery controllers, WAN optimization controllers and firewalls.

When I asked Kirksey what OPNFV offers  enterprise organizations, she said that since its inception, OPNFV intended to focus on more than CSPs. Kirksey added that the group is working with ONUG, including taking ONUG's  test cases and incorporating them into OPNFV's functional tests.

One of the key architectural questions facing an organization like OPNFV that's developing a services platform is whether to take a tactical (aka piecemeal) approach  or an architectural (aka big bang) approach. Taking a piecemeal approach means focusing development on a small number of use cases for which there is clear business value. In contrast, if an organization takes a big-bang approach to developing an NFV platform, it decides on an architecture and possibly on some key enabling technologies and products that the architecture will utilize in order to support any and all NFV use cases.

Kirksey told me that at OPNFV, the people developing the platform want to create one that works for all use cases. However, she added that building a platform for all possible use cases is difficult without using initial versions of the platform to support individual use cases. According to Kirksey, each use case places different requirements on a platform and by using initial versions such as Arno to support specific use cases, the developers can better understand the requirements of future versions of the platform and also find bugs in the current version. 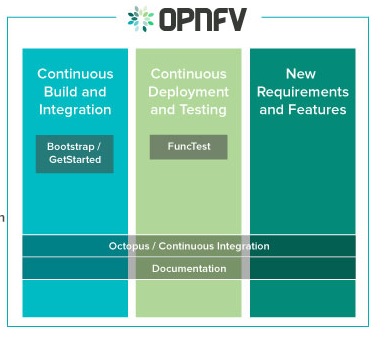 Kirksey said OPNFV’s second release will be in February 2016 and will support a broad range of SDN controllers. She also said that she wouldn’t be surprised to see OPNFV get involved in the discussion of virtual machines vs. containers.  According to Kirksey, because OPNFV does systems integration and testing, it can look at different ways to develop the platform (i.e., VMs vs. containers) and  test out the various theories about the pros and cons of VMs and containers.