OpenDaylight Boron Has A Practical Focus

With the fifth release of its open source SDN platform, the OpenDaylight Project paid a lot of attention to boosting the software's practical functionality while also making it more accessible and easier to manage. The project unveiled the update, dubbed Boron, today.

"It's not really about the new flashy thing, although we have a plenty of that," Colin Dixon, OpenDaylight Technical Steering Committee chair and distinguished engineer at Brocade, told me in an interview. "It's about getting real stuff done."

To that end, Boron features tools such as the Cardinal project to monitor the "health" of the controller. It also includes tools for gathering streaming data out of the controller for analytics. But one of the biggest improvements on the usability front is better documentation, Dixon said.

"The documentation was so byzantine," he said. "We focused on making it searchable, accessible, and easier to consume."

Boron, the successor to Beryllium, incorporates a lot of user-developed capabilities. More than half of the new projects in the release came from the user community. For example, AT&T contributed a YANG model design studio. NetIDE, led by Intel and Telefonica, supports controller interoperability.

Founded in 2013 by 18 vendors, including Cisco and Intel, OpenDaylight is a Linux Foundation project. OpenDaylight counts more than 700 contributors and 100 deployments, although organizers say its open source nature makes it hard to track total deployment numbers.

Boron illustrates a maturing community and ecosystem of developers, users, and equipment vendors, Lisa Caywood, OpenDaylight director of ecosystem development, told me. "People are coming together with a consistent set of use cases and corresponding needs and requirements for the platform," she said. 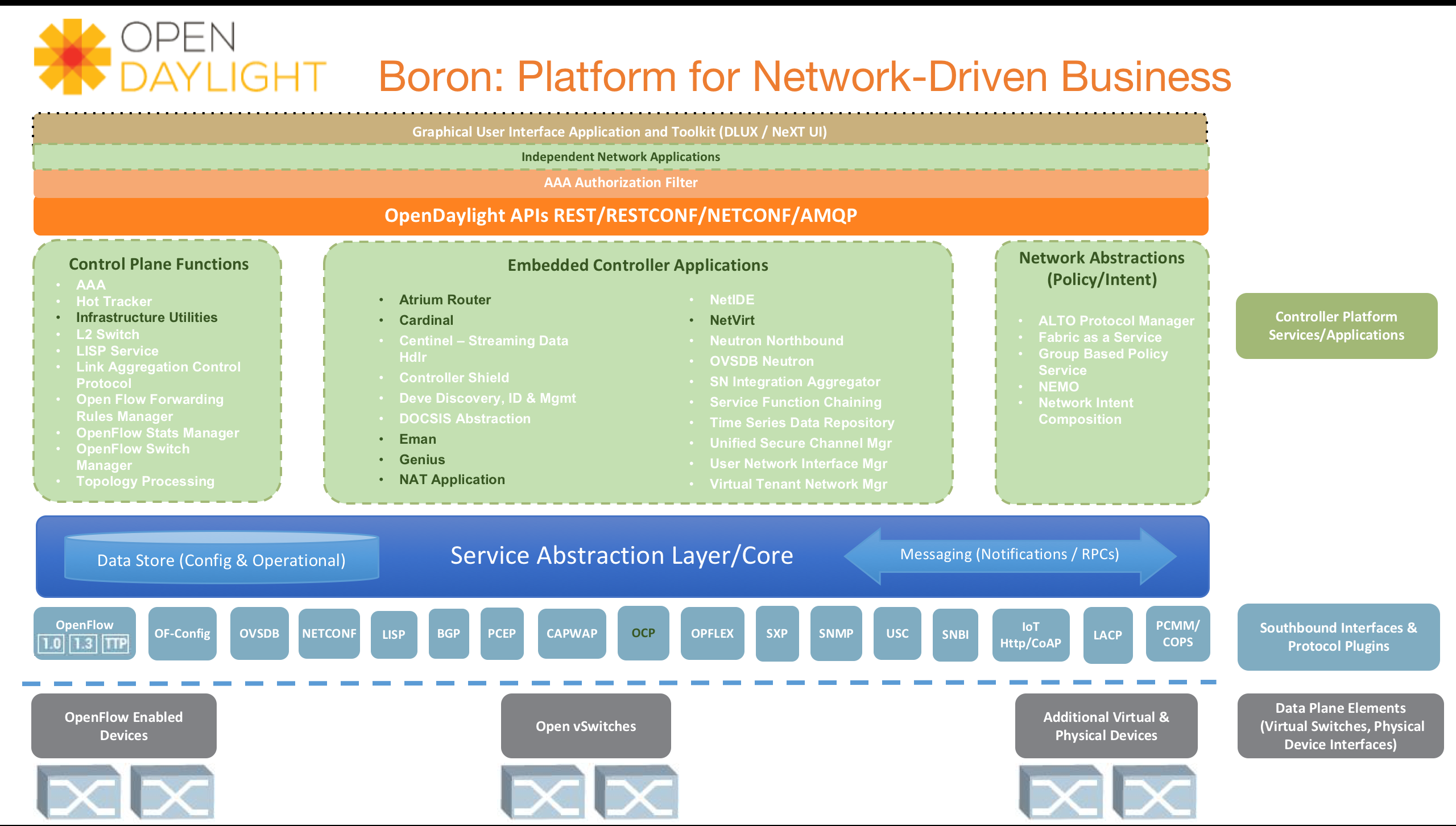 With previous versions, OpenDaylight was more focused on southbound protocols and the service abstraction layer, Caywood said. While the project will continue to work on those, its focus is moving up to the higher layers of the stack – controller platform services and independent network applications.

Lee Doyle, principal analyst at Doyle Research, said in an interview that Boron is an important advance that represents part of the maturation process of OpenDaylight and SDN overall.

"SDN is an ingredient, it's not a product, and there's a lot of different variants and standards bodies other than OpenDaylight," he said. "ODL is probably the most important one in the SDN world, but a lot of people will take that as a reference then they'll modify and use it."

Caywood noted that organizations need to think past the controller, which she compared to a physical gear that is a component of a larger solution. The Internet of Things and security have been two prominent use cases, she said.

Doyle said telcos have used OpenDaylight as part of their overall data center transformation, but an enterprise would need to be "pretty bleeding edge" to play with the software.