NetBeez was on-site at Interop Las Vegas, monitoring performance of the show's production network. Here's what we discovered.
Stefano Gridelli

Last week, the NetBeez team was in Las Vegas to exhibit at Interop. But we were also hard at work monitoring and managing the conference and expo network infrastructure.

Like other IT trade shows, Interop provides wired and wireless connectivity for its exhibitors and attendees. The network is called the InteropNet and plays an important role. In fact, the attendees here can interact on the show floor with the NOC team, the network engineering team that built the network, and learn more about the technologies involved.

This year, the InteropNet and Demo Labs included approximately 80 switches and 60 access points to support more than 6,000 attendees and 200 exhibitors. On top of routing, switching, and wireless, several other technologies were deployed by the InteropNet participants (who are also its sponsors). As in any enterprise network, each technology covered a key area. 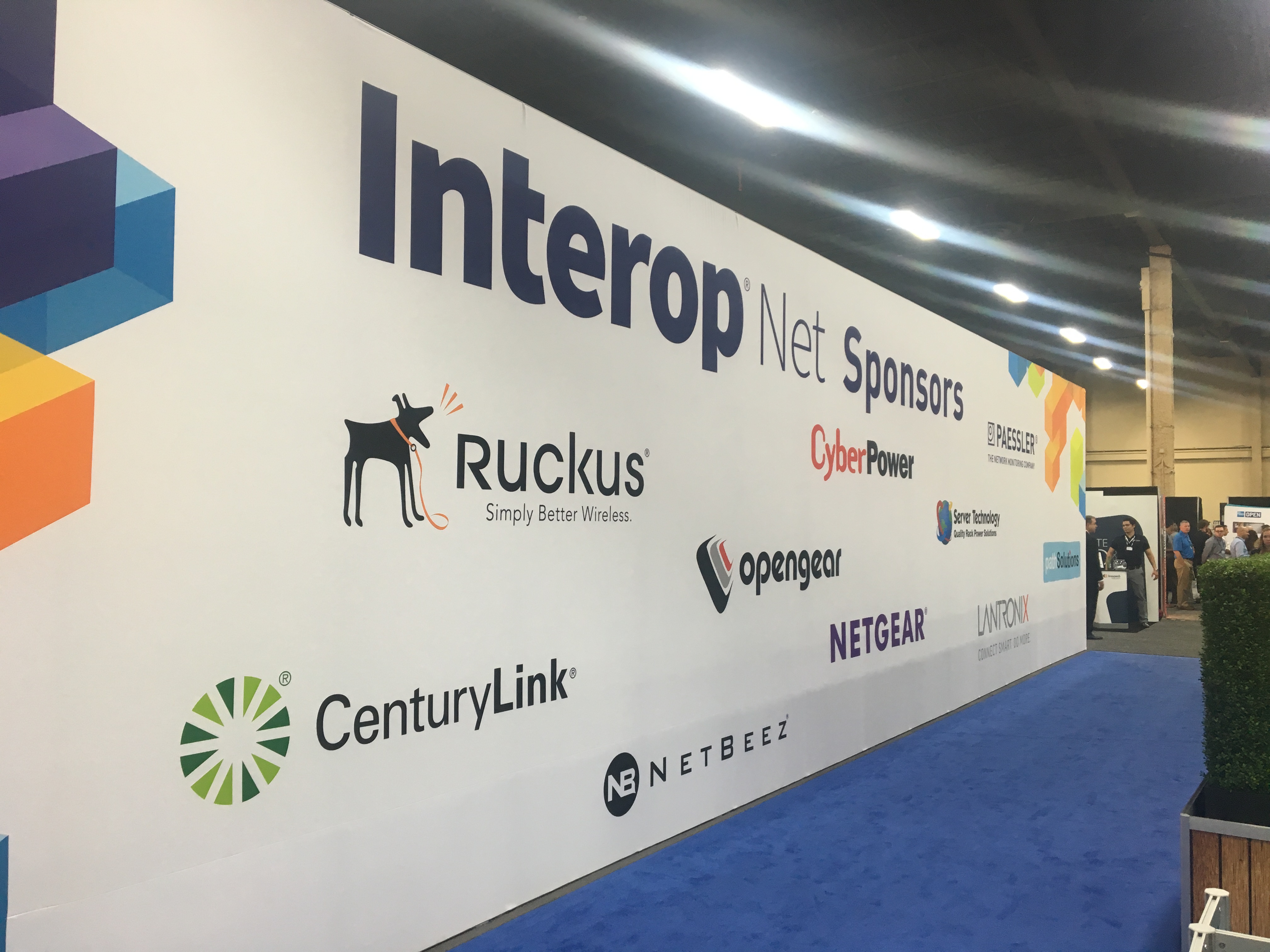 During the show, NetBeez deployed a total of 28 agents to monitor the network. The agents consisted of a mix of wired, wireless, virtual, and external, including:

Below is the resulting NetBeez dashboard with all the agents up and running right before the start of the show. You can see the wired, wireless, virtual and external agents all reporting green lights. 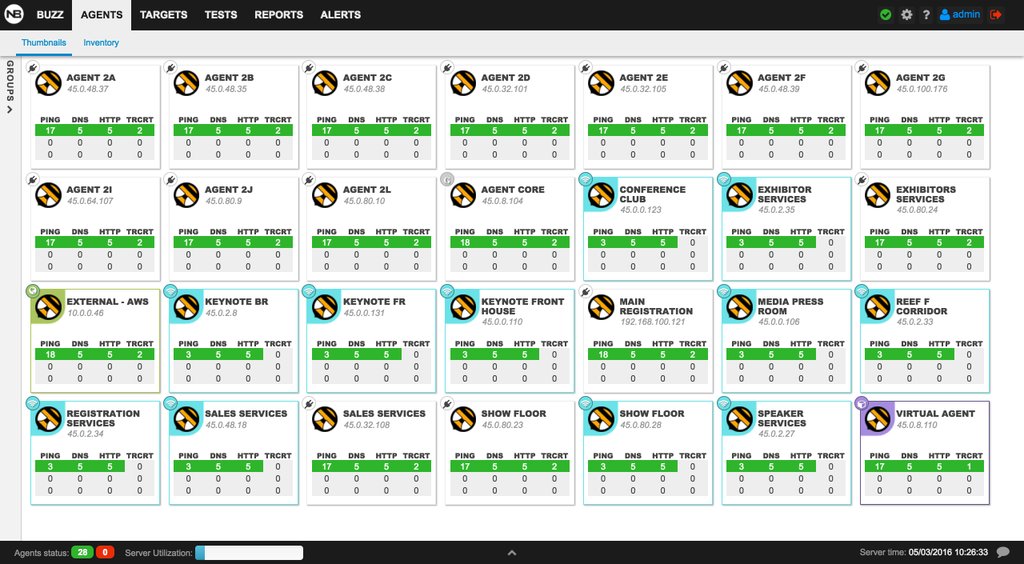 To capture the real end-user experience and measure network and application performance, we created the following targets:

As you can see from the chart below, the average packet loss (in red) was 0.30% while the average round-trip-time for all agents (in green) was 7.5 ms. 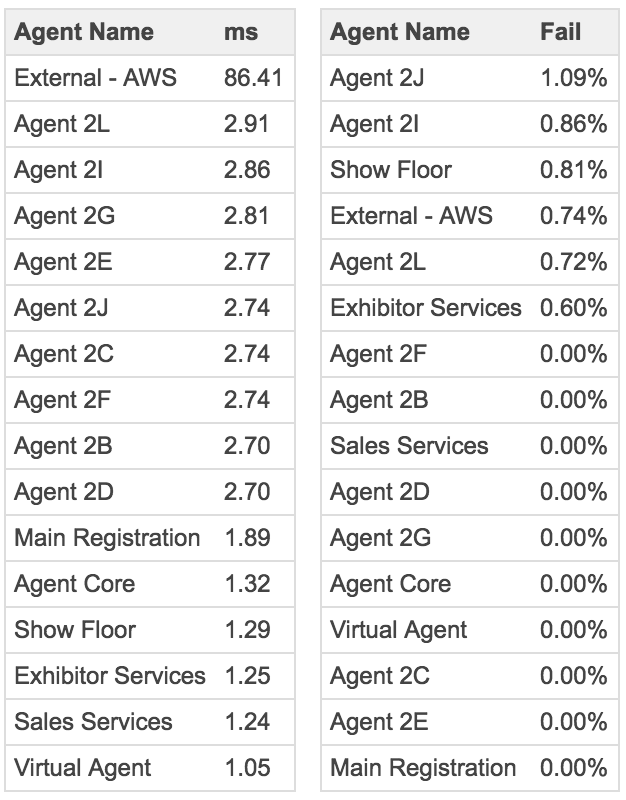 During the busiest days when the show floor was open, Wednesday, May 4th and Thursday, May 5th, the network latency across all the wired agents was very stable. In the line chart below you can see, for each agent, a straight line that represents the round-trip-time between agents on Wednesday and Thursday. The majority of agents had a round-trip-time of around 2 ms. Only one agent, the external one running from AWS, had a significantly greater round-trip-time, at approximately 86 ms.

Application performance as detected by the wireless agent was pretty good. The following chart shows that the average HTTP response time for a wireless user connecting to the Interop.com website was about 0.2 seconds. 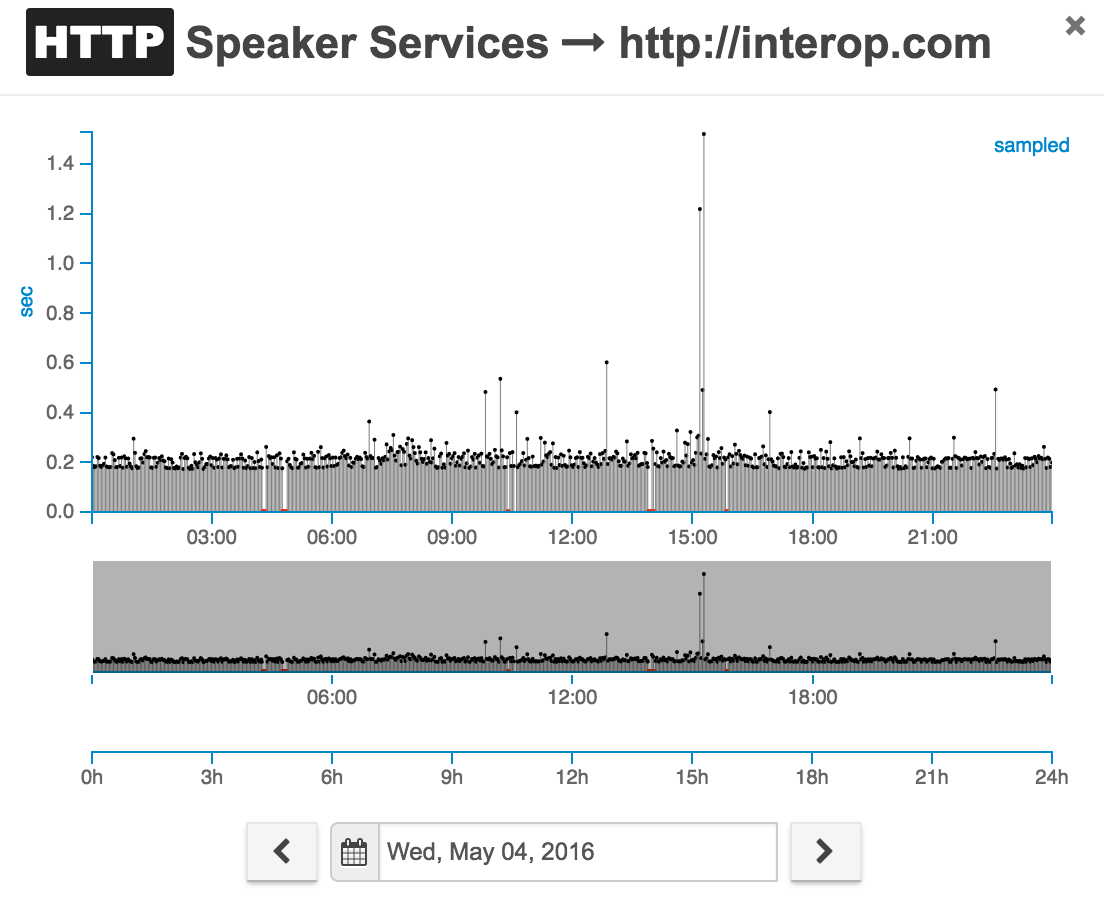 Interop built a high-performing network and provided us with a great opportunity to deploy our solution in a demanding environment. It’s always a pleasure and honor working with the highly qualified NOC team led by Glenn Evans.