Don't Burn Bridges, And Don't Be A Jerk

These two simple rules of life can help ensure you thrive on social networks.
Debra Donston-Miller

Some recent high-profile commentaries got me thinking about how two of my personal rules of life can and should be applied to social networking: Don't burn your bridges, and don't be a jerk. Now, I'm not saying that I've never burned any bridges, and I know for sure that I have been a jerk at certain times in my life. But in general I try not to do things like write negative missives about present or past employers or display rude, sexist behavior because I don't happen to agree with someone else. And I've found that what holds true for life also holds true for social networking.

First, don't burn your bridges. It seems to me that two people did just that with very public kiss-offs to former employers. Greg Smith, now famously formerly of Goldman Sachs, basically resigned in the op-ed pages of the New York Times: "Today is my last day at Goldman Sachs," wrote Smith, who was executive director and head of Goldman's U.S. equity business for Europe. "After almost 12 years at the firm ... I believe I have worked here long enough to understand the trajectory of its culture, its people and its identity. And I can honestly say that the environment now is as toxic and destructive as I have ever seen it."

Wow. You've probably seen much shorter (and probably less well-written) versions of Smith's statements on Facebook and Twitter. I know I have, and they always make me cringe.

Then there was James Whitaker, who left Google for Microsoft and talked about why in an MSDN blog post. "The days of old Google hiring smart people and empowering them to invent the future was gone," he wrote, comparing the old Google with the present-day version of the tech giant. "The new Google knew beyond doubt what the future should look like. Employees had gotten it wrong and corporate intervention would set it right again." (Whitaker attributes what he sees as Google's downward spiral to no less than Google+ and Google's inability to effectively compete with Facebook.) 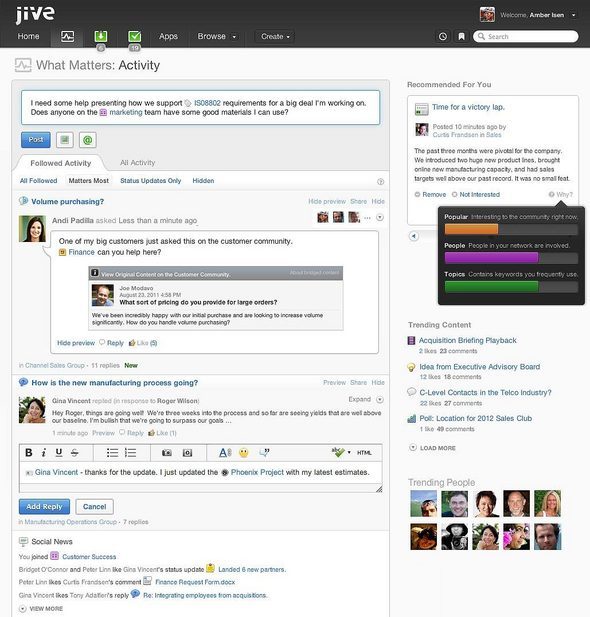 No company is perfect; no job is perfect; no manager is perfect; no co-worker is perfect. Sure, we've all had the fantasy of telling off a clueless manager (not that I have had any of those!) before we storm out of the office for the very last time. But it truly is a small world, and you never know when that manager will pop into your professional life again, whether you need a reference or perhaps want to return to the company you so dramatically left. Maybe things are different when you're a powerful executive like Smith. Maybe then the door is always open. But for most of us, that would not be the case. Likewise, for most of us, it wouldn't take an op-ed piece to close future doors. All it takes is a "good riddance to bad rubbish"-type Facebook update or Tweet that will certainly live on in infamy.

And then there's Rush and radio and why you don't want to be a jerk on social networks. And what is radio if not an early social network? Listen to any talk radio (and, as someone who commuted three hours a day every day for years, I have listened to my fair share of talk radio) and you'll see the parallels. The host introduces (updates or Tweets) a topic, and callers (fans and followers) weigh in with their opinions (comment on posts).

[ See TechWeb VP and editorial analyst Eric Lundquist's take on the rush to bury Rush and the lessons we can learn. Social Media Lessons From The Rush Imbroglio. ]

Limbaugh has come under fire most recently for calling 30-year-old Georgetown law student Sandra Fluke a "slut" and a "prostitute" for her views on expanding access to birth control. Limbaugh is certainly no stranger to these kinds of inflammatory comments, but many felt that he crossed a line. He has since issued a kind-of apology, but that damage has been done. You can't take back being a jerk--not in life, not on radio, and not on social networks.

You will hear from many people that effective social networking is challenging, that it's difficult to separate your personal and professional life, that it's too easy for your message to be misinterpreted. I disagree. I think that by following those two simple rules--don't burn your bridges and don't be a jerk--social networking can be pretty easy and safe.

What are your rules for social networking? Have I oversimplified? Comment below or write me at [email protected].

Windows is currently a nobody in the tablet market. That could change with the release of Windows 8, the first version designed for touch screens and the tablet form factor. With the new Metro user interface, Microsoft will try to serve both tablet and desktop markets. Can it succeed? Find out at our Byte webcast, What Impact Will Windows 8 Have On The Tablet Market?. It happens March 14. (Free registration required.)