Cisco revealed that Chuck Robbins will step in as its next CEO, replacing industry fixture John Chambers.
Susan Fogarty

After serving as Cisco's CEO for the past 20 years, John Chambers is retiring from the post this summer. Chuck Robbins, the company's senior vice president of worldwide field operations and a 17-year company veteran, will assume the position, said Cisco in a statement released this morning. Robbins has kept a low profile in the industry up until now, but that's all about to change. He will take over on July 26 and has been elected to the board of directors as of May 1. Chambers will stay on as Cisco's executive chairman and the chairman of the board.

"We've selected a very strong leader at a time when Cisco is in a very strong position,” Chambers said in the statement. “Our next CEO needs to thrive in a highly dynamic environment, to be capable of accelerating what is working very well for Cisco, and disrupting what needs to change…. Chuck knows every Cisco segment, technology area, and geography, and will move the company forward with the speed required to capitalize on the opportunities in front of us."

Chambers joined Cisco in 1991, and steered the company through the global recession and a time of extreme change in the networking industry, expanding the company's breadth with acquisitions and new market development. Cisco's revenue grew from $1.2 billion when he became CEO in 1995 to $47 billion in 2014, according to a Cisco infographic. 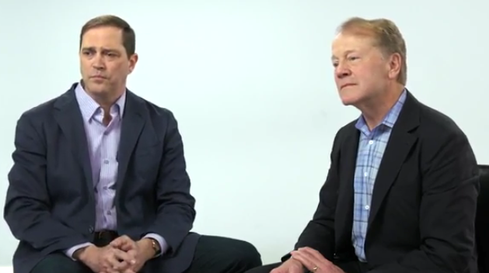 Chambers has been joking about stepping down for many months, and board member Roderick McGeary confirmed in a blog post that Cisco has spent the last 16 months conducting a search for the new CEO. The board hired global executive search firm Spencer Stuart to evaluate internal as well as external candidates before settling on Robbins, McGeary wrote.

The selection of Robbins, who is relatively unknown for a Cisco executive, came as a surprise. Many expected Chief Technology and Strategy Officer Padmasree Warrior or Director of Development and Sales Rob Lloyd to emerge as Cisco's next leader. Robbins joined the company in 1997 and has avoided the limelight, but his understanding of the company's global scope and day-to-day functions seem to have given him the edge.