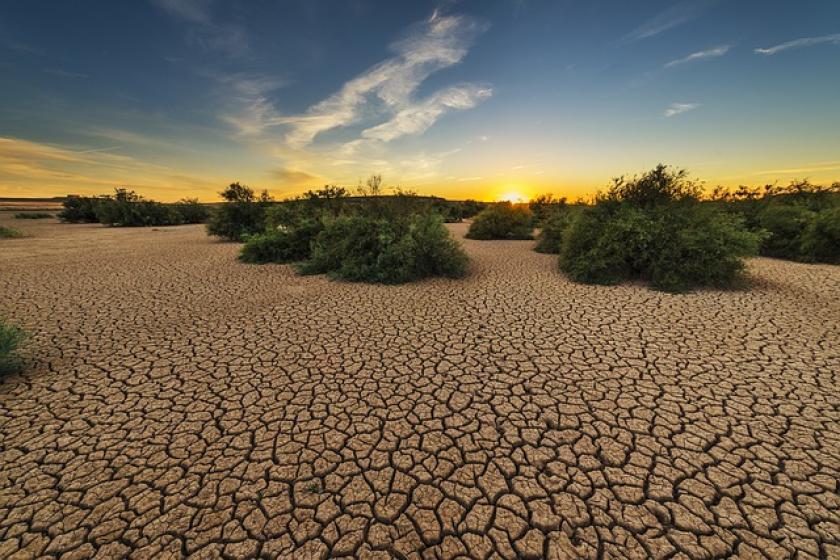 The global chip shortage is continuing to hamper enterprises worldwide, ranging from vehicle manufacturers to mobile phone makers, as well as other consumer, business, and industrial producers. Detrimental climate conditions are now contributing to a struggling supply chain that has already weathered its share of pandemics, military actions, and economic turmoil.

The global chip shortage issue is complex, with multiple dimensions, says Elias Eliadis, senior director, strategy and transactions, with business consulting services provider EY. "Most industry experts would agree that climate change has an effect on chip production, as it requires a highly controlled manufacturing environment, a reliable supply of ultrapure water (UPW), and stable environmental conditions, such as temperature and humidity."

Climate conditions can affect chip production and distribution in multiple ways. "Water quality issues, or shortages, can impact manufacturing yields and disrupt factory operations," Eliadis says. Cold weather can cause power supply outages or delay the transportation of raw materials and finished goods. "Floods can cause fab shutdowns [with] an extended impact on production output," he adds.

Assuming that the frequency and severity of weather disruptions are likely to worsen, disruptions in chip production and distribution could become more pronounced unless coordinated action is taken at multiple levels, Eliadis warns.

Chip manufacturing requires massive amounts of water. Current droughts in China and Taiwan, the world’s leading advanced semiconductor producers, could impact output for many years. "This has caused some people to wonder whether climate change will have an impact on the current shortage of computer chips," says former U.S. Rep. Rick White, currently a board member at business consulting firm Alliantgroup.

White notes that it's unclear whether the recent droughts can be attributed to climate change. "When we talk about climate change, we're usually talking about longer-term effects that we’ll start seeing later in this century," he says. "I think it's too early to say whether climate change will have an impact on the supply of computer chips."

Josiah Ponnudurai, an analyst at supply chain risk analytics firm Everstream Analytics, believes that long-term climate change could lead to more semiconductor industry unpredictability. "Taiwan Semiconductor Manufacturing Company (TSMC), one of the world's leading chipmakers, consumes 150,000 tons of water per day as of 2019," he states. Chips have to be rinsed with ultrapure water to remove debris. It typically takes 1,400-1,600 gallons of tap water for 1,000 gallons of UPW. "The extreme heat spreading across the world lately could threaten a sustainable water supply to the industry," he says.

Out of all the major semiconductor manufacturing countries (China, Japan, Korea, U.S., Taiwan), fabs located in Taiwan and China are probably the most exposed to drought-related production disruptions, Ponnudura says. "Taiwan is heavily dependent on the typhoon season to restock the island’s water supplies while parts of China remain reliant on hydroelectric power."

In today's post-COVID era, the semiconductor industry also faces acute geopolitical challenges, particularly the China/Taiwan faceoff. Semiconductor customers now realize that depending on a single regional supply source can create unpreceded risks. In response, TSMC, the world’s largest contract chipmaker, is working to build fabs beyond Taiwan's borders. In July, TSMC opened a $12 billion chip factory in Phoenix. Production is set to get underway in 2024. TSMC has also considered Germany and several other countries as part of its expansion strategy but has yet to announce anything definitive.

Meanwhile, U.S. chipmakers, such as Intel, and European counterparts, such as Infineon, are also planning to reduce their dependency on the Chinese supply chain, says Avimanyu Basu, lead analyst with global technology research and advisory firm ISG.

Average lead times for chips continue to remain high at around 27 weeks as supplies for automotive chips and more advanced devices used in networking and telecommunications remain tight. "Automotive manufacturers continue to face difficulties in securing chips on time due to insufficient fab capacity and over-ordering while supplies of the most advanced chips are still being impacted by capacity constraints," Ponnudurai says.

On the bright side, global semiconductor supply chain backlogs are gradually diminishing, although progress varies by industry, White says. "As the world economy has moved beyond the pandemic, chip manufacturers are working frantically to adjust to the new market," he states. "Their efforts are starting to have an impact, and ... the global shortage we have seen in the last 18 months will be largely a thing of the past by this time next year."

Meanwhile, the semiconductor market is undergoing a major transformation. For decades, the primary focus was on minimizing production expenses by leveraging regions with low labor costs. "As a result, the U.S. share of manufacturing capacity dropped from 19 percent in 2000 to 12 percent in 2020, while Asia's market share climbed from 55 percent to 73 percent during the same period," Eliadis says. Now, the emphasis is on achieving a steady and, most importantly, reliable flow of devices.

Transforming the semiconductor supply chain operating model from "just-in-time" to "just-in-case" will take time, but government policy interventions in the form of incentives will likely help to accelerate the transformation, provided they are designed and implemented effectively, Eliadis says.