5 Lessons SMBs Can Learn From App.net

Is App.net's crowdfunded prototype a model for disruptive startups, or a social media mirage?
Kevin Casey 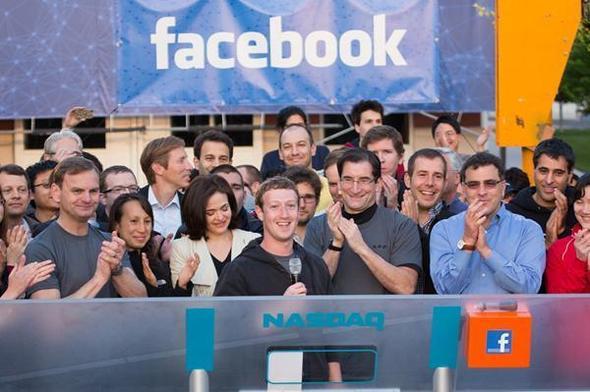 App.net, a fledgling social platform that promises it will never sell advertising, just raised $800,003 from more than 12,000 people online. Is this something to be mimicked or mocked?

Either would be extreme. But it's an interesting case study of sorts for small and mid-size business (SMB) people. An $800,000 haul is relatively modest money in Silicon Valley funding terms, but it's enough to draw the attention of other entrepreneurs that have a tough time raising cash to start or grow their business. Imagine the response if App.net founder Dalton Caldwell walked into his local bank branch with this proposal and an application for an $800,000 loan.

The money is all the more remarkable given that App.net is barely out of the back-of-the-napkin phase; the same can be said of the fervor App.net has fueled, with the likes of Robert Scoble tweeting their endorsement of the site.

So what can we learn from the App.net story to date, even if it's barely into Act One?

1. Maybe crowdfunding can go legit. The term "crowdfunding" gets used, like most buzzwords, in blanket fashion. Caldwell called his funding campaign "Kickstarter-like," which is accurate. There's a difference between donors--which is really what the typical Kickstarter campaign solicits--and investors. The recent Jobs Act makes provisions for crowdfunding campaigns that solicit the latter--actual investors that acquire an ownership stake in private companies. But the SEC is still writing the rules that will govern how that actually works in terms of ownership structure, trading, and other considerations.

App.net didn't appeal to donors or to investors. Rather, it attracted paying customers, prior to launching its product, by applying the principles of a crowdfunding campaign to its customer acquisition plan. Caldwell announced a campaign and its goal--$500,000 from roughly 10,000 people--and then blew past that mark with 38 hours left. In some sense, the deadline simply played upon the psychology of crowdfunding--which Caldwell had a clear understanding of--to help hit its financial goal. The site will still gladly accept your $50 or $100 contribution--but now you're subscribing for an account rather than participating in a funding drive. It shows crowdfunding principles can work on a macro level when applied to the right idea and right market. It helps, of course, to have at least a rough product before asking complete strangers for money.

2. Cool still rules. App.net could disappear into the ether in the not-so-distant future. But right now it's cool to say you are in on the ground floor--and that will only grow if the site succeeds. When a desirable Twitter handle is enough to get your entire life hacked, usernames are commodities that people might be willing to pony up $50 apiece for.

Exclusivity can be a good thing for the bottom line--it's the velvet-rope syndrome, and charging higher prices is one way to create it. Putting on airs of intellectual superiority is another. By making it a bit harder to get in the door, what's inside becomes more desirable. Soon, people line up just to see what the fuss is about. (And soon after that, other people start to mock those people for standing in line.) Some very successful businesses tap into the same phenomenon--just visit your nearest Apple Store to see it in action.

3. Customer dissatisfaction breeds new markets. Disruption is a popular word among entrepreneurs and the folks that fund them. Unless you're building something entirely new, you'll have to disrupt something old, or so the logic goes. App.net is tapping into a related word: Dissatisfaction. In its early phase, the site's front-end looks, well, a lot like Twitter: A long stream of short messages that sometimes include @ and # signs. What's "new" has to do with its promise of no ads and a truly open development platform. It's trying to building a business out of dissatisfaction with the comparable options--Twitter, Facebook, et al.--on the market.

"I have the option of buying a Mac if I don't want to buy a crapware-infested PC, right?" Caldwell wrote in his initial proposal.

4. Know thy market. Caldwell is appealing directly to developers and other tech folks--particularly those frustrated by Facebook and Twitter acting like the big businesses that they are--as his early adopters. It's an audience that loves the new and shiny, even though that love can be fleeting. (A recent tongue-in-cheek App.net post: "Remember Twitter?") It's an audience, too, that sometimes enjoys a healthy dose of exasperation when the rest of the us act like a bunch of noobs.

In other words, Caldwell is preaching to the pitch-perfect choir. His timing isn't too shabby either, riding the wake of Facebook's IPO and subsequent stock sag, and Twitter's attempts to figure out a way to make money. That aforementioned dissatisfaction among App.net's early user base is at a peak--ideal launch conditions.

5. Smaller is often better. App.net might fill a necessary, profitable niche--and that's a good thing. Many successful SMBs trade in necessary, profitable niches and ignore the cultural chatter that demands they grow larger. Not a fan of Facebook and Twitter these days? Tune out anyone that says you could be the second coming. Otherwise, you're doomed to two paths: Rest peacefully in the startup graveyard, or become the problem you're supposedly solving.

It's simply too reductive to blame everything you don't like about Facebook--or any other site--on advertising. The bottom-line obsession to go big, big, bigger can do as much damage as good; advertising is just a business model. If you're a true believer, maybe you should do everything you can to keep things on a much smaller scale. Caldwell sounded like one of the converted in his recent open letter to Mark Zuckerberg.

"I believe that a number of smaller, interoperable social platforms with clear, sustainable business models will usurp you," Caldwell wrote. "These future companies will be valued at a small fraction of what Facebook and Twitter currently are. I think that is OK."

That's important because even without ads, users can gum up the works. The term "users" is just techie-speak for "people," after all. At a certain point, they're liable to misbehave, no matter how open your APIs are.

App.net user "nayyar" might have put it best: "I wonder what will happen if I change my avatar to be that one hot chick, and start @ replying to people, telling them they've won $5000?"

SMBs have saved big buying software on a subscription model. The new, all-digital Cloud Beyond SaaS issue of InformationWeek SMB shows how to determine if infrastructure services can pay off, too. Also in this issue: One startup's experience with infrastructure-as-a-service shows how the numbers stack up for IaaS vs. internal IT. (Free registration required.)