Changes rocked the network community in 2019. Disruption is likely to continue at an even faster pace in 2020.
John Edwards 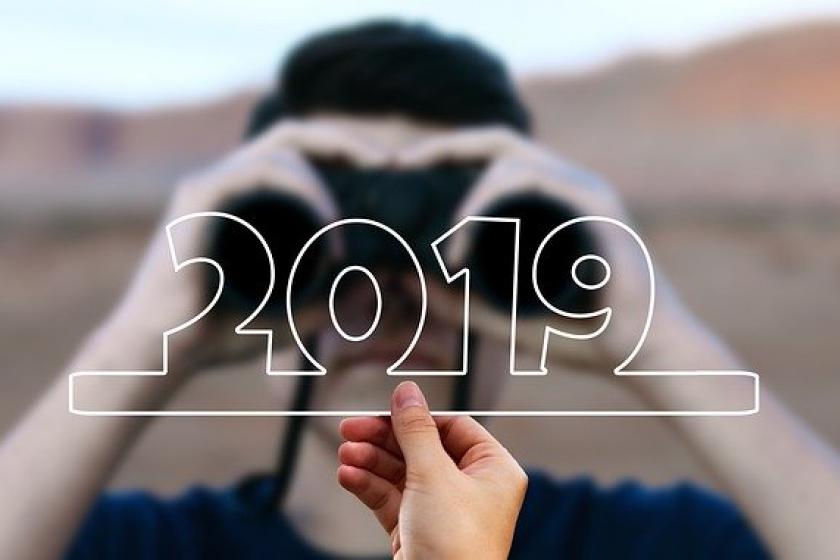 As 2020 approaches, it's time to look back at 2019 to view the most important trends in four key network areas: automation, branch connectivity, data center upgrades, and the cloud. Here's a quick recap of what happened in 2019 and a peek at what's likely to occur in 2020.

A growing number of organizations turned to network automation in 2019 to handle tasks that were originally manual processes. Two examples are endpoint detection and response, and security orchestrated automation and response for threat analysis and incident handling. "In today's environment, security resources are limited, and automating tasks provides opportunities for the information security team to focus on securing the organization," noted James McQuiggan, security awareness advocate at KnowBe4, a security awareness training firm.

Organizations are moving at a faster pace and can't afford to make manual changes, so automation in the form of AIOps and intent-based networking (IBN) are becoming increasingly important and more widely used. "IBN systems go beyond simply automating network activities, enabling organizations to translate business needs into new network configurations and services," explained Bob Laliberte, practice director and a senior analyst at Enterprise Strategy Group, an IT research and strategy services provider. Yet Laliberte warned that adopters shouldn't approach the technology half-heartedly. "Organizations also need to keep in mind that automation, while powerful in a single data center domain, really needs to extend across the entire network environment and include campus, branch, and cloud [sites]."

The biggest branch connectivity development of 2019 was SD-WAN going mainstream, observed John Smith, executive vice president and CTO of network performance technology provider LiveAction. "SD-WAN technology is being adopted at a rapid pace, and the industry has become crowded with vendors vying for market share," he stated. Smith noted, however, that as SD-WAN adoption skyrockets, many organizations are experiencing network visibility challenges that can prevent NetOps teams from effectively monitoring the overlay, identifying bandwidth utilization issues, and verifying policies. "Potential blind spots created by SD-WAN deployments can result in degraded network performance and poor end-user experiences, as well as increasingly arduous troubleshooting and network management workloads," he said.

Beyond SD-WAN, many organizations spent 2019 looking forward to equipping their branches with 5G technology. Next year will see 5G rollouts accelerate globally, but super-fast gigabit per second speeds will, for the most part, be limited to millimeter wave deployments, said Lindsay Notwell, senior vice president for 5G strategy and global carrier operations at cloud-based network technology provider Cradlepoint. Such deployments will offer limited reach and will primarily be restricted to urban cores and specific venues, such as sporting stadiums, he predicted.

Increasing power density and maximizing power usage effectiveness (PUE) were major trend data center trends in 2019. "Cooling and powering the servers necessary to achieve machine learning and satisfy the demand for data centralization are key challenges for today's data center operators," observed John Veizades, vice president of product and engineering at software-defined networking company Megaport. "These demands will only continue to grow as more data is created across the globe."

Meanwhile, with high-speed, high-capacity Wi-Fi 6 technology waiting in the wings, many data center managers spent much of 2019 upgrading their infrastructure, including cabling, to support the requirements of a variety of demanding network technologies. Speaking of cabling, 2020 will see the activation of new subsea cables providing new, resilient data pathways for traffic moving between the Americas and Europe. HAVFRUE, a new transatlantic cable connecting the US and Europe, will land in Denmark, providing an alternative to subsea cable systems that have traditionally landed in the UK or Northern France, said Mike Hollands, director of market development and strategy for data center services provider Interxion. Meanwhile, EllaLink, a subsea cable linking Brazil and Portugal, will carry traffic from Latin America directly to Europe, no longer requiring a data mid-stop in the US.

The cloud, Kubernetes, containers, and other deployment options

In 2019, container technology was widely used to provide a more available, less complex, and secure cloud capability. "The increased use of containers can mitigate the risk of a system-wide failure, but it does require a focus on security," McQuiggan said. The importance of losing containers in the cloud is just as critical as losing servers in the data center, and requires a similar amount of attention, he added.

If 2018 was the year of learning about Kubernetes, then 2019 was the year of deploying Kubernetes in production. "Helped by maturing standards and management platforms, such as Red Hat OpenShift and Rancher, as well as managed offerings from AWS (EKS), Azure (AKS), and Google (GKE), many of the global 1000 are now deploying production clusters," said Rani Osnat, vice president of strategy at cloud-native application security firm Aqua Security. Yet along with growth, Kubernetes adoption creates some security concerns. "Security teams are often playing catch-up to this technology, and malicious actors are not far behind with the most popular K8s-based attacks being crypto-currency mining," he noted. New adopters should, therefore, be prepared to address Kubernetes' security vulnerabilities prior to adoption.