With its focus this year on software-defined infrastructure, Interop is clearly an event where technological complexity is the order of the day. But among Interop’s Startup City exhibitors, the dominant message is decidedly different. It’s simplicity.

At least that’s the message that came out of a series of “Hot Seat” panels held at Interop yesterday where leaders from the show’s Startup City exhibit area were subjected to tough questions about their value propositions and go-to-market strategies.

In one case, the word “simple” is built right into the company’s name. As SimpleWAN CEO Erik Knight explains it, simplicity has become an especially compelling message to customers who keep finding themselves with more technology to manage and fewer people to manage it with.

“Our larger competitors have great solutions functionally, but the fact that they generate so much revenue through their education and training services tells you there are serious learning curves associated with those solutions,” Knight explains. “We’re giving customers the choice of letting their vendor handle that technical complexity for them.”

Aaron Joue, CEO of Ambedded, which delivers Ceph-based software-defined storage solutions, made a similar point. “Ceph is a great open-source software solution for managing distributed storage on a large scale with great performance and reliability, but a lot of IT organizations balk at the prospect of having to ramp up on all the particulars of Ceph management,” he asserted. “By providing an intuitive GUI that insulates IT staff from Ceph’s underlying complexity, we’re enabling customers to enjoy its benefits while avoiding that problematic ramp-up period.”

NetBeez is taking a similar approach by providing customers with a plug-and-play Raspberry Pi-based device that they can install in remote sites to streamline monitoring of IT service delivery. According to CEO Stefano Gridelli, the need for this plug-and-play simplicity is driven in large part by growing use of the cloud.

“When users in your remote offices were just accessing a few applications over a WAN back to your data center, it was pretty easy to keep an eye on things,” he observes. “Now that your remote users are tapping directly into SaaS and other cloud-based resources via a generic Internet connection, you have to take another approach.” 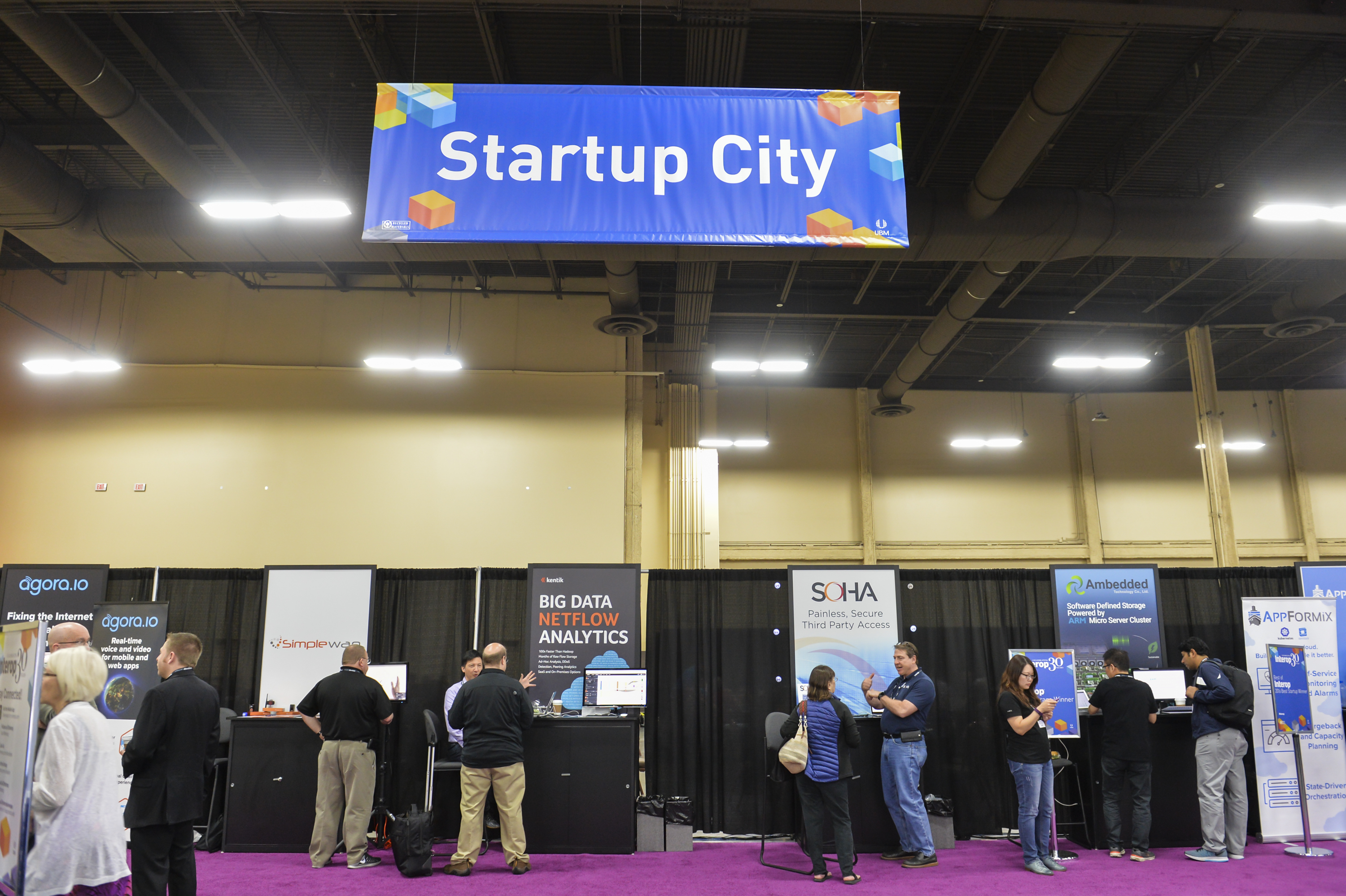 Best of Interop award winner AppFormix is also addressing the issue of cloud-based applications. But its focus is more on automating optimization of service delivery. AppFormix does this by discovering the cloud infrastructure across which a given application runs, diagnosing bottlenecks that may be causing those applications to underperform, and then automatically taking corrective action, such as spinning up additional VMs.

Still another Startup City Hot Seat participant focused on simplicity was BeaconGrid CEO Emmanuel Azih, whose company offers a unique device that turns everyday electrical outlets into beaconing stations that can be used for everything from tracking people to tracking inventory.

Also answering questions about his company and its technology was Lawrence Byrd, marketing lead at Agora.io. Byrd explained how Agora.io’s CDN helps customers more effectively use the Internet and mobile networks to support the real-time two-way video and voice communications that are increasingly being embedded into applications by routing around bottlenecks.