Web-Scale IT: Getting Started

Any seasoned executive understands that top-down dictates aren’t enough. Key initiatives succeed when there are individuals in the organization who can stand to win (or lose) right along with the project. If you ask your existing IT team to become a web-scale IT team, they may fail. How should you proceed? It starts with finding a leader who has both the technical chops and the organizational credibility to be a change agent. Your team structure should mirror your outcomes.

Legacy IT teams have silos -- typically compute, network, storage -- that compete for resources, and design and manage systems independently of each other. Web-scale IT teams think about design and manageability from end to end. They attempt to minimize, not maximize, the differences and boundaries between these components. They understand that simplicity, not highly engineered systems, reduces failure domains.

Think about it like you might think about building your house: You want to get the architect, the interior designer, and the landscape architect there on the first day. You want all of those people to have shared visions and timelines that are optimally planned. The architecture and operations need to be timed and planned with collaboration in mind. The end product each of these people bring to your house may have beauty in of itself, but not having a common vision is a detriment to the final outcome. Similarly, in the case of infrastructure, you are going to want to think about how you incorporate networking, storage and compute in order to ensure the end result you want is what you are able to achieve.

Making the shift to web-scale principles also requires employee training. This really is not as daunting as it may seem; your network team already has most or even all of the skills needed to execute a web-scale strategy. They just likely will need a bit of training to learn the new principles and think about their current jobs differently. You want to be able to broaden the skill set of an existing network operations team, who already deeply understand networking problems but just need to learn a few more things to get there.

Often, shifting to web-scale is actually a great opportunity from an IT management perspective to more efficiently allocate human resources in the company. Automation is the key: automate every task you can. This eliminates human error and allows your people to scale. If you take a network operator who spends all her time troubleshooting and automate that process, that same person who used to manage 10 network devices can now manage 1,000 network devices or start working on your next- generation, self-tuning monitoring system. The career opportunities for managers and for network engineers become exciting. 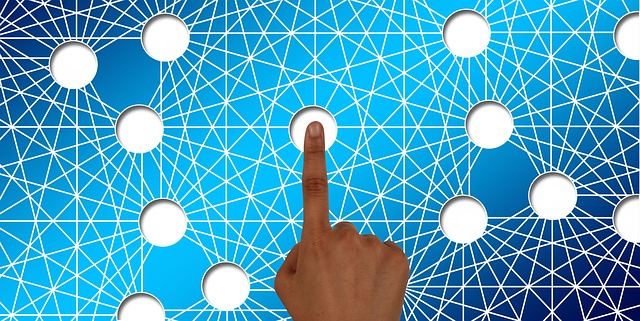 To make this step happen, I suggest evaluating your current network skill sets with a survey or simply a quick meeting with managers. Plot out how your current operators can be used most effectively in the transition, identify gaps, and set up training before the transition starts.

For your networking infrastructure, pick the software first. The old model of buying deeply integrated appliances doesn’t make sense anymore. Great software is the key to operational leverage, and great software should not limit your hardware choice. Networking software specifically should support all the protocols you need and support the operational models of your choosing. It should integrate with all the tools you know and love. In other words, it should create more choice and more opportunity for your organization, not introduce new constraints.

Hardware choice is also critical. Make sure your software partners support a broad set of hardware partners. You can work with hardware vendors you know and trust, pick and choose the best silicon for your project, and keep everyone honest with competitive auctions.

Work with a vendor that can support you. Make sure they have the training, services, and ability to support you where and when you need it. Make sure they’ve got big, happy customers that feel well treated. You don’t want to be risk averse, but I’m not sure you want to be the very first either! Work with people you like. A vendor choice should be a partnership for the long term, not a transaction. The pitch, POC, and initial process should be conducted with transparency, grace, and respect.

Start small. Pick a limited deployment project and map out potential solutions as well as infrastructure needs and then choose the appropriate software and operations to make these solutions happen. A simple analysis of each solution using factors like cost, current skillsets, scalability and technical specs should help make the decisions easier. Determine that the model works, can scale, and then broaden your deployment efforts accordingly.

Web-scale will continue to shake up existing enterprise IT, having a profound impact on the way companies purchase and consume IT. It's important to make sure your company is equipped to take the right steps toward adopting web-scale principles successfully. The steps I’ve outlined will go a long way to ensuring the transition is smooth and that you have the practices, people and technology needed to successfully implement web-scale principles.

Josh Leslie is a seasoned technology executive who brings more than 18 years of industry experience to Cumulus Networks. He was previously at Instart Logic where he was the first sales executive and was responsible for helping sign and cultivate Instart's first 150 enterprise customers, participating in over $50M of venture capital fundraising and growing the company from 30 to over 130 employees. Prior to Instart, Josh spent six years at VMware and held leadership roles in both sales and business development as the company scaled from less than $100M to more than $1B in sales. Before VMware, Josh was a field rep for CommVault Systems.