A team of networking industry veterans has developed a super-fast switch chip that provides data center operators and network equipment makers with the ability to program the way packets are forwarded. Their startup, Barefoot Networks, emerged out of stealth today.

The company boasts record-breaking speed with its Tofino switch chip, which processes packets at 6.5 terabits per second. By making networks programmable down to the data-plane level, Barefoot Networks aims to facilitate another phase of software-defined networking.

Networking has been held back by the fixed-function switch architecture, which has led to a common assumption that having both programmability and high performance is impossible, McKeown told me in an interview.

"Barefoot's proposition is simple: What we're building provides complete programmability about how packets are forwarded. And we will be delivering the fastest switch ever built," he said. "You can have full programmability and the highest performance. Those two things are no longer at odds with each other."

Tofino targets operators of hyperscale data centers – think the Facebooks and Microsofts of the world -- as well as network equipment providers that have the expertise and resources to program the protocol-independent chip using the open source P4 language. McKeown wrote a blog post earlier this year that describes how P4 differs from OpenFlow by addressing the need to program the data plane. Three years ago, Barefoot Networks joined with experts from Google, Intel, Microsoft, Stanford, and Princeton to define the P4 language.

Barefoot and other members of P4.org have contributed several tools needed to program Tofino, and Barefoot also provides customers with additional development software and tools, including a compiler and drivers. 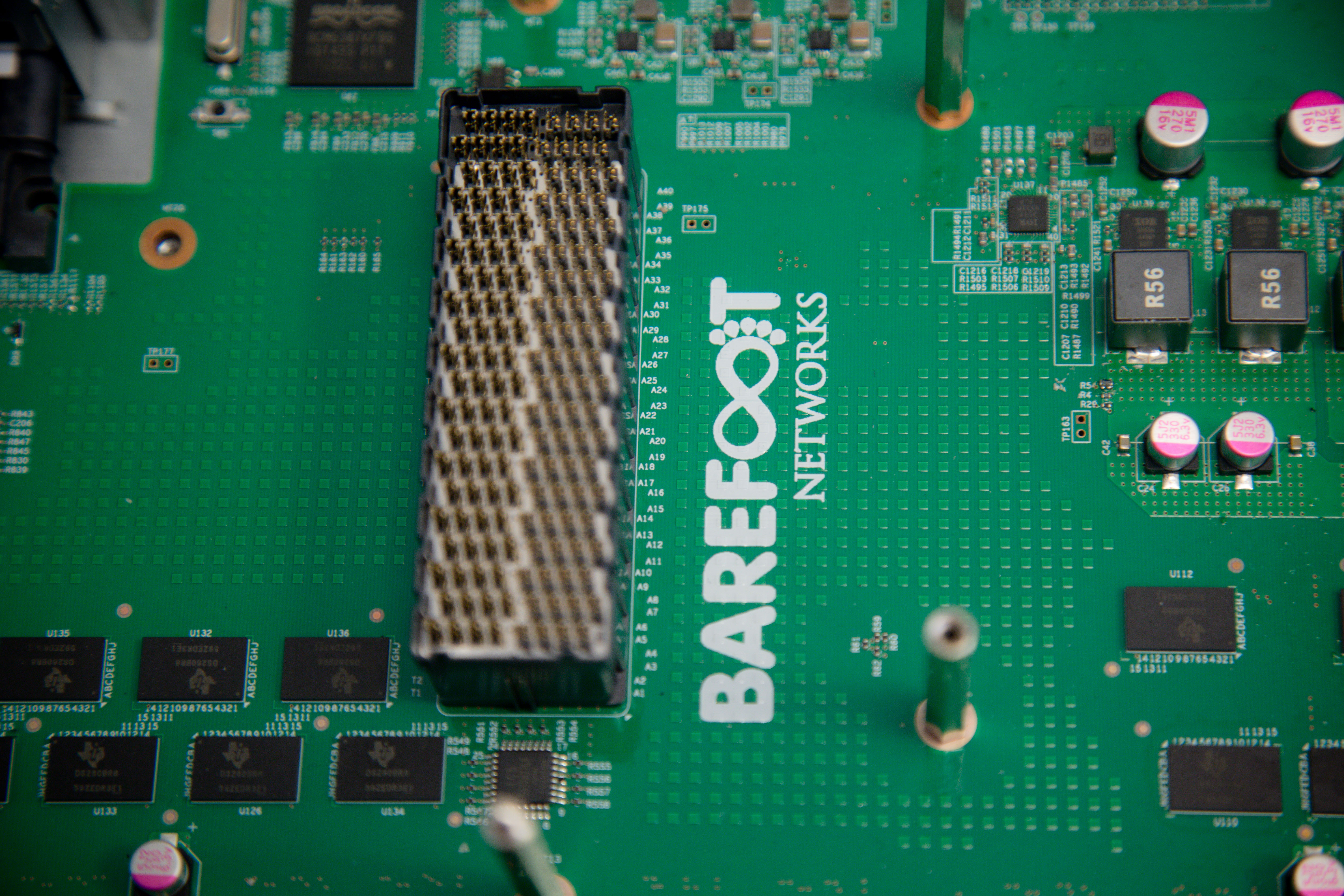 McKeown envisions a variety of ways that companies could leverage Tofino's programmability. For example, operators of mega-data centers could program the network in order to have better visibility into outages, he said. They also can add features at a faster clip than in the past in order to differentiate their services.

He even foresees Barefoot's technology eventually eliminating the need for expensive "middle boxes" that provide functions such as load balancing and firewalling. Early customers have written programs that replaced those functions and folded them into the network. "The implications of this are enormous…It's essentially making the plumbing more intelligent," McKeown said.

Barefoot also can enable network equipment makers to compete more effectively because their innovations would no longer would be restricted to the schedule of switch chip vendors, he said.

"Today's internet -- whether it's consumer or business, fixed or mobile -- is really about openness, customization and rapid change. Over the past decade or so, data center networking has lagged a bit in enabling this. So this innovation from Barefoot really helps to narrow this gap," he told me in an interview.

"With this technology, customers should be able to customize their data center switches to suit their specific needs and do this rapidly," Crehan said.

However, not all customers have the resources of hyperscale players like Facebook or Google to do this kind of customization themselves, he added. In fact, most of the data center switch market is made up of smaller enterprise-class data centers that rely on the switch vendors like Arista, Cisco, Dell, Juniper, Huawei, and HP to deliver new features. Barefoot's technology appears to enable those vendors to deliver fast feature changes and customization for enterprise customers, Crehan said.

At this point, though, it's hard to tell how the startup will impact Broadcom, the dominant supplier of Ethernet switch chips, he said.

"To execute on this over a very long period of time at a very high level and large scale for a broad, diverse customer base is extremely difficult," Crehan said. "Not many companies have been able to do it. Broadcom is one of the few that have, and as a result, it's a very dominant and formidable competitor."

He noted that Broadcom has responded to market changes by making some of its networking silicon more open. It also faces competitors like Mellanox and Intel as well as new players like Cavium, which acquired switch silicon startup Xpliant in 2014. Crehan said the Xpliant architecture is programmable, but he believes Barefoot may be unique in allowing switch vendors to make changes directly without having to go back to the networking silicon provider and then having the rights to what they developed on their platforms.

Barefoot Networks, which has $130 million in VC funding, expects Tofino chip samples will be available in the fourth quarter.