A new Windows 8 program claims to "optimize memory," implying a performance boost, but what it actually does - flushing the disk cache - is likely to degrade performance significantly. It evokes the memory of the greatest Windows utility scam of all time.
Larry Seltzer

Every industry has its snake oil, and software is no different. A program for Windows 8 called Memory Optimizer from Softorino recalls perhaps the greatest scam program of all time, SoftRAM from Syncronys Softcorp. Memory Optimizer doesn't appear to be fraudulent like SoftRAM, but it is every bit as useful. 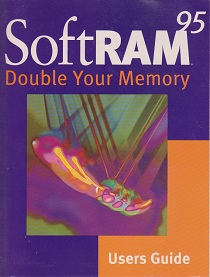 Those of you old enough to remember the launch of Windows 95 in August of that year may remember that on launch day there was only one program available written specifically for Windows 95: SoftRAM 95, which claimed to "double your memory." What exactly did that mean and how did they do it? The company made vague claims of using compression to increase the amount of effectively available RAM.

To make a long story short, a few analysts  I was one of them, at the time at PC Magazine  researched exactly what SoftRAM did and determined that it was exactly nothing. The program consisted of 2 parts, a device driver which implemented the compression and a small visual program which showed you in graphs how much memory you were saving. In fact, the device driver, on loading, exited immediately 100% of the time, and the savings in the other program were complete fabrications. We made great hay of it; I was on CNN once about it. 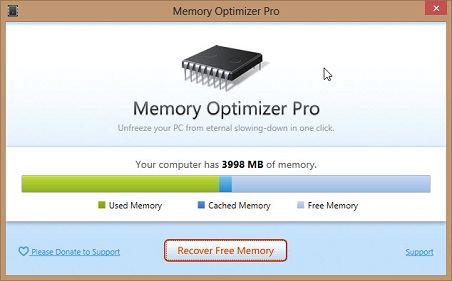 This 1996 analysis of SoftRAM 95 in Dr. Dobb's explains in bit-level detail what the program actually does. The story is written by the dream team of Mark Russinovich and Bryce Cogswell, both now senior technical personnel at Microsoft, and Andrew Schulman, then a famous Windows reverse-engineer and now a patent litigation consultant. (The story names me in the acknowledgements. As a big Dr. Dobb's fan from way back I remember being thrilled at the mention.) 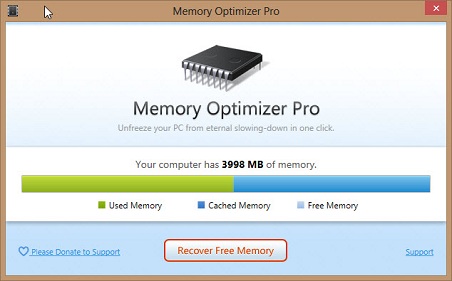 Memory Optimizer from Softorino doesn't really claim much. The web site says: "Lacking memory? Optimize with Memory Optimizer. You'd be surprised how much you can recover!" How does it recover memory, whatever that means? It clears out the disk cache. Windows, like any modern operating system (or old one) caches disk accesses, a practice which considerably increases overall system performance.

Memory Optimizer clears out this cache, freeing up memory in a sense, but also almost certainly degrading system performance. There is almost no circumstance in which this action would be advantageous in any meaningful way.

I haven't confirmed that Memory Optimizer actually dumps the disk cache, so in a sense it's unfair to tar it by association with SoftRAM, which not only claimed to do something of dubious value didn't actually do what it claimed, but had the potential to introduce instability in the system. Memory Optimizer, if it does what it claims, is just likely to slow down your system to no positive end. 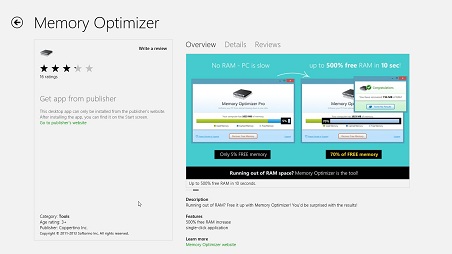