Two simple questions can help keep IT projects on track by spotting issues and addressing them early on.
Azmi Jafarey

Once in a while in your career, you find a key that turns out to be a master key for unlocking doors. I discovered that asking two questions of IT projects, large or small, simple or complex, ensures their success. For more than a dozen years, this approach helped me get off-track projects back on track and expedite timelines by getting things unstuck. More generally, it ensures a match between what is delivered and what is expected by uncovering issues early and addressing their resolution.

My system for ensuring IT project success introduces two measures: Clarity and Effort. But before turning to these, let’s step back to see how IT projects get done. At some point, regardless of scope, projects break down into tasks. Even where IT teams are involved, a task (or sub-task in a complex project) has an individual who must do it.

It does not matter if your list of tasks is in Microsoft Project, Basecamp, LiquidPlanner, Excel or Google Sheets. Nor does it matter how granular any task is; use whatever is appropriate for the stage of the project.  An atomic task such as “sharpen the pencil” may work, or a compound “sketch out the Mona Lisa” may be needed. Relevance is key; what shows on the task list must be a set of meaningful actions to the audience.

As you step through your task list in a review meeting, turn to the person who is the assigned “doer” on the task to rate two things. First, on a scale of 1 to 5, what is the Clarity rating for that task?  How clear is that person on what he or she must do? A rating of 1 should mean "no idea" while a rating of 5 should mean, "Absolutely clear about what I need to do to make this happen."

Then, on a scale of 1 to 5, what is the Effort rating? How much work does the person anticipate in order to get the task done? A rating of 1 should mean "this is easy" while a rating of 5 should convey that the task will take lots of effort and time. An easy way to track this is simply to add columns for Clarity and Effort to your task spreadsheet.

Let’s pause here to note that what we have deliberately introduced is subjective. How individuals use the 1-to-5 scale will differ (just as there are strict and lenient teachers on grades). The measures Clarity and Effort are loosely defined and may mean somewhat different things to different people, but it doesn't matter.

What's important is that the person who is to deliver on a task is expressing a level of doubt (or not) on what he or she is supposed to accomplish, and how much work  it will require. No effort should be made to get team consensus on what the Clarity and Effort numbers expressed by an individual “should” be. The subjectivity is sacrosanct. 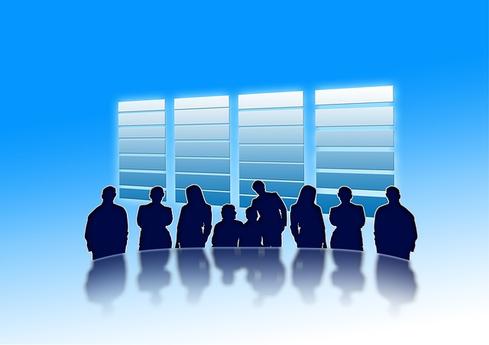 A Clarity rating of 1 or an Effort rating of 5 become openings for discussion. Is a lack of clarity just because the person has not yet had enough time to devote to an initial analysis of the problem, or is it because the business requirements are too vague or too convoluted to be understood? Similarly, does a high Effort rating stem from trying to do something that is unnatural (like using the wrong software tool for what needs to be delivered) or is it a matter of trying to automate a complex business process that should perhaps first be simplified?

The resulting discussions are rich and sometimes startling, in that a task that management assumed to be a no-brainer actually is worrisome to the person doing it because of some nuance. Many times, resources may be added or changed to reduce the effort. Or, a high Effort rating  may result in setting aside needed time for training or planning that was just assumed to be built into the time line but really was not.

The Clarity and Effort approach is a no-cost, do-it-now option for any project new or ongoing that your IT team is working on. IT project and program managers may be skeptical, but are sold once they try it out and see it work. Note that this approach is not meant to replace formal project management measures like “confidence levels.” Nor are Clarity and Effort monitoring going to miraculously resolve the many other reasons for project failures such as lack of funding, lack of sponsorship at the right levels, miscalculated ROIs, politics, muddled requirements, creeping scope and insufficient resources.

But Clarity and Effort numbers will point to some of these issues and bring out into the open what becomes a given once a project is under way. Finally, there is one marvelous result from using the Clarity-Effort approach: team engagement! You are likely to have lively discussions, and no one can claim that their concerns were not heard or that team members did not try to resolve them.