EMC: End Of The Golden Era?

EMC has enjoyed three decades as leader in storage, but is grappling with trends that are shaking up the storage industry, including all-flash arrays and white-box storage.
Jim O'Reilly

EMC's latest earnings report and plan to reduce costs by $850 million signal major changes ahead for the storage giant and reflect a storage industry undergoing significant upheaval. Overall, EMC's reported earnings took a 17% hit. Specifically, the VNX and Symmetrix high-end storage array revenues fell a whopping 13% year on year, accelerating from a decline of 7% in Q1.

These results aren't surprising given the rise of all-flash arrays. EMC itself has remarked that storage tiering is changing from hard-drive arrays as primary storage to all-flash arrays. Customers are buying all-flash products to speed up their SANs and  finding that they don’t need as much storage to get a tremendous effect.

In fact, all-flash arrays are being right-sized to just hold hot data. This right-sizing means a smaller storage buy, especially when one considers that the hundreds of high-priced 10K RPM drives associated with those hard-drive storage arrays are no longer being bought.

This is an inevitable trend. Hard-drive array sales are getting tougher when faced with flash-based alternatives, at least in the performance segment of the market. With no substantial technology gains in sight for hard drives, flash is able to trumpet 3D technology, as well as a new approach to error-correction, low-density parity codes that is expected to improve yields, and more importantly, improved wear life. This means new flash boxes will rapidly increase in maximum capacity, while dropping  the price-per-terabyte towards eventual parity with bulk storage in two years or so.

To add to EMC’s woes, open-source software is increasingly used to create white-box storage appliances. This will eventually put pressure on the bulk storage side of EMC’s market and will hit the mid-tier market too. The white box storage trend is fueled by the Googles of the world buying from Chinese ODMs, which are then able to turn their products around into the US and EU markets.

Generally, white-box storage still is in the early adopter stage, although SuperMicro has already moved into third place worldwide for server sales. We can expect momentum to increase rapidly as Ceph and OpenStack Swift move into the mainstream over the next 18 months.

Ceph and Swift are object stores. Helvig is offering a software-only universal storage solution running on commodity platforms that promises to deliver better IO performance than either of these products. Taken together, these are the first real manifestations of software-defined storage, which will separate the data service code from the storage appliance.

Altogether, the combination of easy-to-deploy code, commodity appliances and low cost is irresistible, leaving no room for the high overhead operations and big markups EMC traditionally has enjoyed. 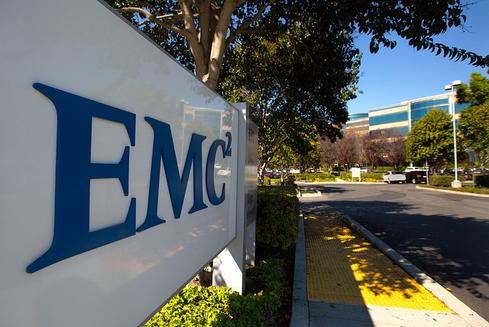 EMC may feel an increasing impact from large corporate customers first, given that these have the internal skill sets to figure out the integration of white boxes with software-defined storage. As the ODMs push further into the market, many with pre-integrated storage appliances, we can expect the technical barrier in the mid-tier to drop rapidly, with the result that a transition to ODM product in the mid-tier will accelerate markedly. After all, an advertisement that says, “I sold a million of these to Google” is pretty compelling!

EMC is responding to the accelerating threat by putting more emphasis on software. The company has products such as ViPR that aim to tie together the various storage lakes created by a diversity of equipment buys over decades.  Add to this the inertia and loyalty of their customer base and clearly this isn’t “game over” for the company. For example, EMC has positioned itself well with near-subsidiary VMware.

Still, the cost reduction of $850 million is large number, perhaps reflecting the underlying anxiety  of the executive team about future trends. Even with job cuts and lopping of under-performing businesses like Syncplicity, it will take a few years for EMC to reach the much lower levels of overhead it needs to survive as a major player.

The more pressing question is whether the company is agile enough to operate in a rapidly evolving storage market. There has even been discussion of a corporate break-up. The ODMs are used to operating at a very fast pace with their mega-cloud service provider customers, while EMC has enjoyed three decades of slow change in the storage industry, from drive technologies to  business models. We are approaching an inflexion point where evolution could easily change to revolution in storage.