DevOps Gaining Traction In The Enterprise

Enterprises have a harder time implementing DevOps than nimbler web-scale companies, but are finding ways to overcome the challenges, experts say.
Ericka Chickowski

Enterprises are taking DevOps to the next level, but face more challenges than when web-scale shops pioneered its tenants five to six years ago, according to a panel of DevOps and continuous integration gurus.

"All of the web-scale, dot-com folks, they've been doing it for a long time, whereas enterprise people -- they're rediscovering a whole new reason to do all of these practices," Michael Coté, director of technical marketing for Pivotal Software, said at this week's SolarWinds ThwackCamp. "They have a lot of different motivations and constraints. So it's kind of like taking a hammer and figuring out how to pound a different type of nail."

For example, many of the web-scale organizations may not have had to contend with a separate QA functionality.

"I think what differentiates QA from the big web companies versus a lot of traditional enterprises is a lot of the early big web companies didn't have to have (QA)," said Matthew Ray, director of partner integration for Chef. "A lot of those shops, if you see something, you fix it and it goes right back to dev and they push it out the next day."

Not so in the enterprise and as a result, QA has had to be folded into the DevOps ethos, panelists said.

"There's this new generation of QA and that's where you not only get into automated QA  and making sure that good tests are written and making sure there's actually a different level of user interaction for doing QA, but then there's AB testing," said Dave McCrory, CTO for Basho Technologies. "There's (version) A and B and you might deploy both of them and see which one more people are attracted to, and whichever one is providing greater value  or greater response, you might end up choosing that way.  So it's becoming more sophisticated, but to become more sophisticated, you have to become more automated." 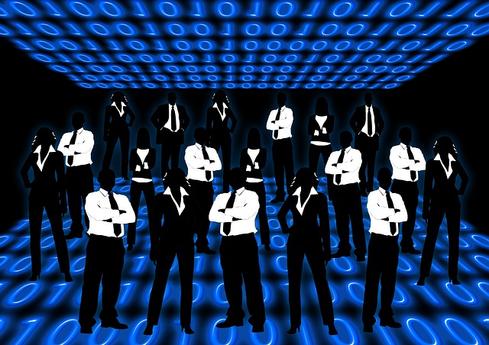 "When you put developers and operators on the same team, operators can say 'You know when it rolls back over there, could you make this a little nicer?' [Then] I don't have to turn around and hand it right back to you because something broke," Ray said.

And some firms are going so far as making them walk in each other's shoes -- for example, making developers work the help desk.

"For example, at CenturyLink they have developers become something they call 'Batman' as part of the onboarding process," said Caroline McCrory, vice president of business development at Cloudsoft. New developers have to spend their first weeks on the job on-call acting as a detective and problem-solver when things go wrong with code, she said.

Ultimately, though, the end goal of DevOps, whether in the enterprise or at web-scale, remains simple, panelists said.

"There's a lot of mumbo jumbo, lean manufacturing stuff, culture and religion around this," Coté said. "But a lot of this amounts to if you do less stuff more often, your life is going to be happier."

Why Companies Are Migrating Legacy Systems to Cloud Infrastructure
Sam Bocetta
May 10, 2021
Is the Edgeless Enterprise a Foregone Conclusion?
Rajeev Shah
May 7, 2021
An Edge Computing Breakup: Out With the Old, and In with the New
Rick Vanover, Dave Russell
May 6, 2021
A Beast of Burden: 5 Reasons Your Data Governance Projects Have Stalled
Adam Ingber, Bryce Snape
May 5, 2021
Taking a Closer Look at Facial Recognition
Bob Wallace
May 4, 2021