Best Cities for New Graduates to Find IT Jobs

It’s graduation season, which means thousands of people entering the job market, many of them looking for work in IT. Technology jobs continue to offer some of the highest salaries of any field, and the industry boasts low unemployment and plenty of entry-level opportunities.

For many, the big question is where they should look for work. Which cities offer the best prospects for people embarking on IT careers?

Based on data from LinkedIn, Dice, personal finance site WalletHub, and IT solutions provider Upp Technology, here are eight cities that are doing a lot of IT hiring and have other benefits to offer young college graduates.

According to LinkedIn's data, New York is hiring more new graduates than any other city in the country this year, and many of those jobs are related to the internet. Upp says that the IT unemployment rate in the state is just 3%.

On the other hand, WalletHub, which scored cities on 23 key indicators of job market strength, ranked New York all the way down at 101st out of 150 cities. The cost of living is high, and not everyone likes living in the big city.

Still, if you’d like to work for a web company or want to break into the lucrative financial services tech market, New York City is a good bet. 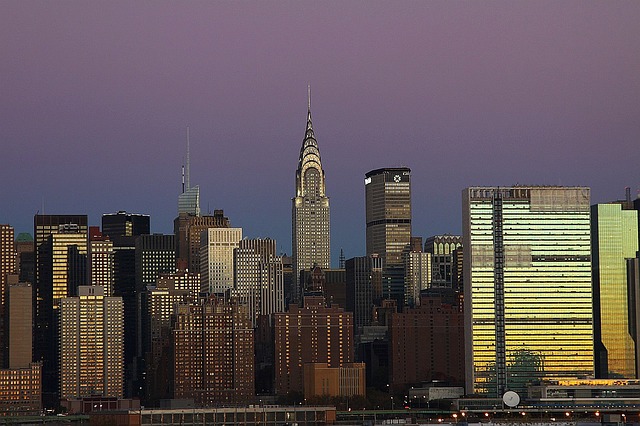 San Francisco and Silicon Valley are always popular choices for people who want to work in technology, and the latest statistics continue to indicate that this area has a lot to offer young IT workers.

LinkedIn pegged the area as hiring the second most students of any city, with internet, computer software, and information technology/services as the top three industry categories for hiring. According to Upp, California’s IT unemployment rate is a little higher than New York’s at 3.5%, but WalletHub puts San Francisco way up at No. 5 on its list of best cities for jobs. San Jose is also near the top, at No. 20.

Third on LinkedIn’s list of cities hiring new graduates is Washington, D.C., and the industry doing the most hiring in this city is information technology and services. Not surprisingly, many of these jobs are in government or at large consulting firms.

Washington, D.C. also made Dice’s list of cities with the fastest growth in tech job postings, as it was up 19% year-over-year in 2016. The average IT salary in the area is $102,873. Similarly, WalletHub puts Washington, D.C. up at No. 23 on its list of the best cities for jobs.

LA may be more associated with the entertainment industry than with IT, but LinkedIn says internet companies in the city are hiring a lot of new graduates. Dice reports IT job postings in Los Angeles climbed 7% last year, and salaries are around $105,091. However, WalletHub ranks the city much lower, down at 115th on its list. Still, you also have to account for the weather, and southern California’s is tough to beat.

According to LinkedIn, Chicago is hiring a lot of information technology and services workers, and like in New York, fintech is hot in the windy city. Dice says IT postings for the city increased by 1% last year, with salaries averaging $95.655. Illinois’s IT unemployment rate is a respectable 3.2%, but WalletHub ranks the city at  108 on its list. Still, if you don’t mind snow, it might be a good option.

Atlanta is another hotbed for IT and financial services hiring, says LinkedIn. WalletHub agrees, putting Atlanta at No. 25 on its list of best cities to find jobs. Dice notes that IT job postings in the city increased a smidge last year, and salaries averaged $97,238. Upp’s IT unemployment rate for Georgia is 3.4%.

LinkedIn says that in addition to hiring a lot of workers in the IT industry, the Dallas region is offering a lot of jobs in healthcare and financial services, two industries that also employ a lot of technology personnel. According to WalletHub, Dallas is the 21st best place to find a job, and several Dallas suburbs also ranked highly on the list. Dice says that Dallas IT job postings increased 12%, and salaries averaged $93,206. Plus, Texas boasts a low IT unemployment rate of just 2.3%.

Another Texas city captured the eighth spot on this list. LinkedIn says Houston has been hiring a lot of students in information technology and services. WalletHub ranks the city 88th.