Treating The Cloud As A Utility

For all the hullaballoo this month over net neutrality and the potential for the Internet to be regulated as a utility at the federal level, the overlooked story is that federal agencies apparently also want the cloud to be treated as a utility.

Last fall, the National Institute of Science and Technology (NIST) released the first two of three volumes of the US Government Cloud Computing Technology Roadmap.  At a combined 140 pages, the two volumes aim "to lay the groundwork to more directly tackle a subset of cloud computing technology scope."   The document is a compilation of numerous requirements, goals, and proposals related to cloud computing as identified by federal agencies.

One of the pain points of cloud computing that the roadmap seeks to address is the lack of standardization in the industry.  In addition to calling upon cloud stakeholders in the private sector and academia to adopt a consensus on and conformity with new standards to improve security, reliability, and interoperability, NIST expresses frustration with the lack of utility-like standardization in the terminology and cost models that cloud providers use in their SLAs.

More specifically, the report claims that cloud service metrics are insufficient as being "relatively imprecise" and lacking "standardized units of measurement."  It particularly blasts Amazon Web Services (which dominates the cloud market and upon which federal agencies have begun to rely on more) for its Elastic Compute Unit, calling the ECU "informal," "imprecise," and failing to "account for workload mix or speed to memory."

"Therefore, consumers cannot determine and request cloud services as a utility with a high degree of predictability and cannot achieve maximum cost-effectiveness in cloud computing service application," according to the NIST report.

Throughout the paper, cloud computing is compared to utilities, with references to vague "utility characteristics" of the cloud and likening it to electricity and fuel.  Twice, NIST expressly states that cloud computing "uses a utility model"  despite relying on a description 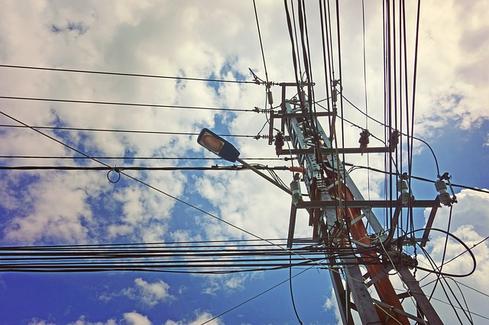 of cloud characteristics that amount to little more than an abstracted subscription model.

As such, in trying to fit the square peg of cloud computing into the round hole of basic utilities, the document (Volume I in particular) is filled with hand-wringing over the fact that cloud computing providers do not behave exactly like utility companies.

This might be because cloud computing is not quite a utility.  Foreseeing the possibility of government regulation of cloud computing as a utility back in 2011, information security consultant Robert Graham argued in a blog post that cloud computing "is [a] fungible commodity like oil and copper, not a utility like electricity or sewage."

Nonetheless, the signaling from the federal government is clear.  Volume I of the NIST report repeatedly recommends to the cloud computing community that it engage in "voluntary self-tasking" in accomplishing a laundry list of "priority action plans" consistent with the roadmap's stated goals and ideals.  In other words: "Regulate yourselves the way we want, or we'll do the regulating for you."

The takeaway, then, is that cloud providers should at least work on better standardization and explanation of their metrics and other taxonomies in their SLAs.  Such appeasement, after all, may help cloud also-rans to better compete with cloud titan Amazon for federal contracts.  A failure to follow NIST's recommendations quickly enough, however, may well lead to explicit calls -- and action -- to attempt to regulate the cloud as a utility outright.

Learn about building and managing cloud deployments at Cloud Connect @ Interop Las Vegas this spring. Don't miss out! Register now for Interop, April 27 to May 1, and receive $200 off.

An Edge Computing Breakup: Out With the Old, and In with the New
Rick Vanover, Dave Russell
May 6, 2021
A Beast of Burden: 5 Reasons Your Data Governance Projects Have Stalled
Adam Ingber, Bryce Snape
May 5, 2021
To Safeguard Today’s Networks, Security Must be Everywhere
Nirav Shah
May 4, 2021
Taking a Closer Look at Facial Recognition
Bob Wallace
May 4, 2021
The Software-Defined Revolution: Making SD-Branch Possible
Terry Slattery
April 30, 2021