IoT: Out Of The Cloud & Into The Fog

Cloud computing architectures won't be able to handle the communication demands of the Internet of Things. The future is in fog computing.
Andrew Froehlich

By now, most IT organizations have embraced the concept of cloud computing and are using it in some capacity. But if grand predictions regarding the Internet of Things (IoT) turn out to be true, even the most advanced, distributed cloud architectures aren't going to be able to handle the IoT's data and communications needs. 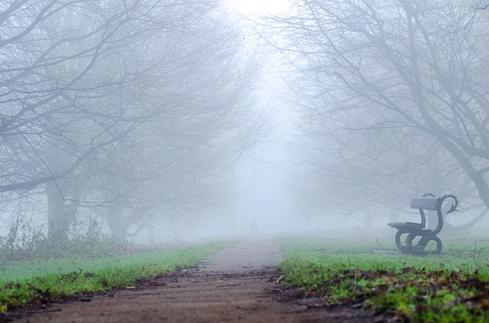 That's where the idea of "fog computing" comes into play. It's a term coined by Cisco, but most major IT vendors are developing architectures that describe how the IoT will work by bringing the cloud closer to the end user -- similar to how fog is nothing more than a cloud that surrounds us on the ground.

The problem that IoT forward thinkers see with the current cloud architecture is that it's heavily reliant on distributed processing and available bandwidth from the edge device to the backend server. Most data in a cloud environment is sent to the cloud to be processed, leaving our edge devices as dumb portals into the cloud.

Though this architecture works well today, it falls apart when we're talking about adding billions of devices and microdata transactions that are incredibly latency sensitive. Instead of forcing all processing to backend clouds and forcing all IoT device intercommunication through a cloud intermediary, fog computing proposes that devices have the opportunity to talk directly to one another when possible and handle much of their own computational tasks.

This evolutionary shift from the cloud to the fog makes complete sense to me. The original cloud boom began when mobile devices like smartphones and tablets were becoming all the rage. Back then, these devices were weak on computing power, and mobile networks were both slow and unreliable. Therefore, it made complete sense to use a hub-and-spoke cloud architecture for all communications.

But now that most of us are blanketed in reliable 4G technologies, and mobile devices now rival many PCs in terms of computational power, it makes sense to move from a hub-and-spoke model to one that resembles a mesh or edge computing data architecture. Doing so eliminates bandwidth bottlenecks and latency issues that will undoubtedly cripple the IoT movement in the long run.

So if you thought that cloud computing was the pinnacle of infrastructure designs for the foreseeable future, think again. If we're talking billions of devices and instant communication, current cloud models won't be able to handle the load. Fortunately, advances in mobile processing power and wireless bandwidth have allowed many to design a far more capable architecture that brings us out of the clouds and into the fog.

As results, performance factors, and challenges come to light, interest spreads for IT managers.

For Massive Analytics: Precompute or Virtualize?

Data virtualization or precomputation? In the cloud era, where literally every operation has an associated cost, it is important to know the difference.

3 Reasons to Process Closer to the Edge

Being able to increase processing speeds will inevitably improve productivity and efficiency, but more importantly, edge computing will help with the management and use of data. In today's world and business environment, we have endless data being collected and transmitted.

The perfect service mesh implementation wouldn’t use a general-purpose proxy, but would instead use a service mesh specific proxy—one that does no more than the mesh needs and that is written in a performant language with strong security guarantees like Rust.

Building a cloud security architecture is no easy task. You need to address your organization's security policies, relevant compliance standards, and security best practices while contending with the high complexity and dynamic nature of cloud infrastructure.