Many database administrators and other IT pros fear cloud adoption, but setting aside emotions and understanding how cloud computing impacts your infrastructure is key to overcoming your anxiety.
Thomas LaRock

Humans fear the unknown and other things that make us feel less safe and secure. The darkness of a bedroom at night is a good example. No matter how old you are, the fear that something may be under your bed likely gets you once in a while. Don’t believe me? Try this tonight: Lay on top of your bed, let your leg dangle off the side, and then try not thinking about what’s not under your bed. You'll see what I mean.

But say the word “cloud” aloud in the office and watch how the blood drains from your co-workers faces as if they have seen what’s currently hiding under your bed.

There are three main reasons why people fear new technology:

Cloud computing is in our face promising all three things at the same time! It’s a big unknown: A NULL in the sky promising to reduce administrative overhead and costs, and do more with less people. No wonder there has been widespread panic when it comes to cloud technology.

This is especially true for database servers. Here are a handful of reasons I have heard from database administrators (DBAs) on why they cannot use the cloud:

All these reasons and others frequently given against cloud adoption are more emotional than technical. That is what fear does to people. So how do we get around that fear? Understanding, that’s how. 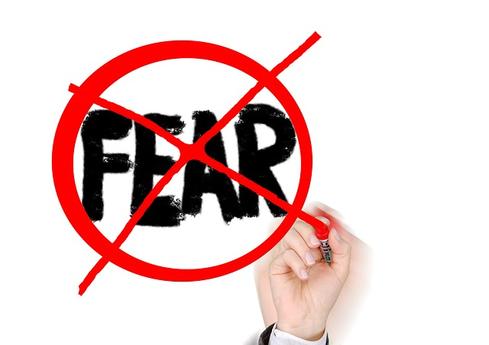 Take the time to really do your homework and apply rational, logical thought -- removing emotion from the equation as much as possible -- to understanding how the cloud impacts you and your infrastructure. Then you’ll realize that in all likelihood it doesn’t eliminate your ability to secure or ensure peak performance, but it might change how you go about it.

For example, when I talk with other database and server admins, I find the “lack of control” to be the single biggest hurdle to overcome. If a DBA has made a career around tuning workloads to run on spinning pieces of rust (i.e. traditional hard disk drives), the idea of moving to something new is likely to be met with resistance. The key is to implement tools that will allow you to maintain some mastery over the systems in your control. Sometimes, these tools will be the same ones you’ve come to know and love, although sometimes they may be altogether new.

It’s no different than if I were to hand you a flashlight when you go to bed, you know, just in case something is there.

The Why and How of a Two-Tier Network Monitoring Topology
Ron Stein
May 11, 2021
Understanding the 3 Key Edge Deployment Options
Andrew Froehlich
May 12, 2021
What Will Be the Next New Normal in Cloud Software Security?
Joao-Pierre S. Ruth
May 14, 2021
Why Companies Are Migrating Legacy Systems to Cloud Infrastructure
Sam Bocetta
May 10, 2021
Is the Edgeless Enterprise a Foregone Conclusion?
Rajeev Shah
May 7, 2021