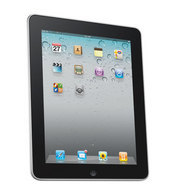 Manhattan district attorney Cyrus R. Vance Jr. said 27 people have been indicted so far in the joint operation -- which is ongoing -- by his office's cybercrime and identity theft bureau and the Secret Service. Charges include grand larceny, conspiracy to commit crimes, forgery, and possessing forged items.

Authorities have accused Shaheed Bilal (aka "Sha"), 28, of being the S3 ringleader, running operations -- even while incarcerated -- together with his girlfriend, Ophela Alleyne (aka "Philly"), 29. Authorities also allege that Bilal, after his release from jail in December 2010, began using a new email account, [email protected], "to purchase, receive, and share stolen credit card data."

According to court documents, the S3 gang -- comprising, among others, four of Bilal's brothers, who acted as managers, or underbosses -- recruited people known as "shoppers" to buy goods using the counterfeit credit cards. According to authorities, "these shoppers purchased fraudulently obtained electronic goods from Apple Stores in Manhattan and around the country, including iPods, MacBooks, iPads, and gift cards." These were sold to multiple people in Brooklyn who "fenced" the stolen goods.

Authorities have also accused Anthony Harper, aka "Ant" and "Dolla," of being a former shopper for Bilal who broke off and set up his own gang, beginning in September 2010, to run similar operations.

Authorities said that Apple was cooperating with the investigation.