The C-band auction opens the door to begin a transition from W-Fi to 5G, and it’s expected that 5G connectivity will be on many enterprises’ budget sheets for the 2023 fiscal year and beyond.
Raj Radjassamy 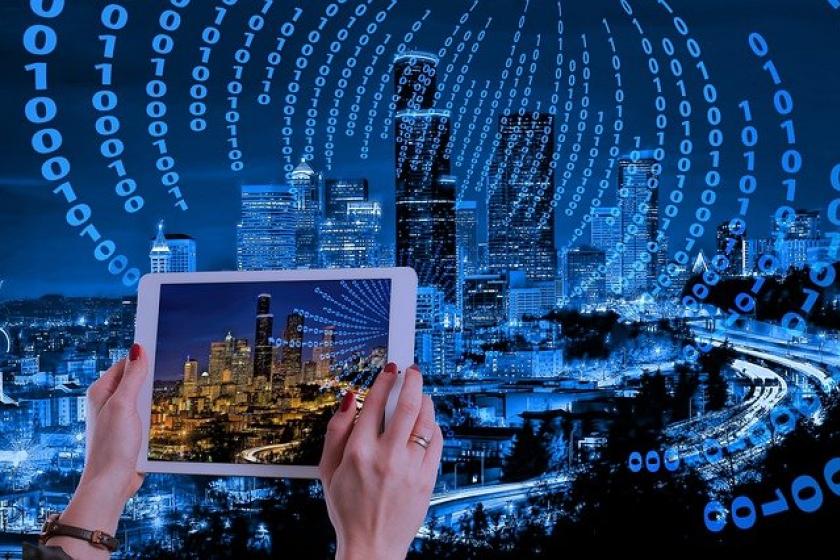 The first phase of the Federal Trade Commission's (FCC) C-band auction concluded earlier this month, earning the designation as one of the highest-grossing U.S. spectrum auctions to date with a record-shattering total that will cost the winning bidders nearly $81 billion. With just about every major communications supplier in the hunt for the highly coveted C-band spectrum, it's not surprising that the final bids topped analyst expectations by almost triple the initial estimates.

While it will be months before we know who the winners are, the impact and importance of the C-Band auction for the future of 5G cannot be overstated.

Striking a balance: C-band spectrum and the benefits of an evolving 5G infrastructure

To date, the overwhelming majority of 5G offerings reside in either the low- or high-band, also referred to as millimeter wave (mmWave), part of the spectrum. But if the hallmarks of network performance attributes are speed, capacity, and coverage, few, if any, 5G providers have been able to strike a balance between all three. The result? Consumers and early adopters have faced something of a Hobson's choice (aka “take it or leave it”). On the one hand, you have the speed and capacity of high-band mmWave (24GHz, 27GHz) but with limited coverage. And on the other hand, you have the wider coverage but significantly lower speeds and capacity associated with low-band spectrum (600MHz, 800MHz).

5G's success, however, depends on achieving equilibrium between all three attributes rather than sacrificing one or two at the expense of another. It is this all-important balance that the C-band spectrum provides. Operating at frequencies between the low- and high-bands, C-band spectrum (3.7GHz to 3.98GHz) bridges the divide between speed, coverage, and capacity, offering transmission rates considerably higher than its low-band 5G and 4G siblings while simultaneously providing broad geographic coverage.

The future imagined vs. the future within reach

C-band spectrum upends the 5G infrastructure challenge typically associated with high-band, mmWave network deployment. In contrast to the CapEx intensive process of creating a network dense enough to maintain mmWave signal continuity, C-band allows providers to reuse and repurpose their existing cellular infrastructure, including towers, small cells, radios, backhaul, and, most importantly, the power needed to achieve significant gains without having to build from scratch.

Though these changes won't be instantaneous, C-band spectrum can significantly lower the costs associated with 5G deployment and accelerate the timeline for establishing a more extensive and reliable 5G network capable of producing tangible benefits. As the three use cases below illustrate, the advent of C-band means the connected future of 5G is closer than ever before.

Over the past year, the rapid pace of digital transformation and the unprecedented shift to remote work has placed seamless connectivity and reliable, on-demand access to data at the forefront of business operations. Video conferencing, wireless communication platforms, virtual networks, and collaborative digital workspaces all require the speed, capacity, and reliability to support more devices running ever-evolving suites of data-centric business applications.

With 280 MHz of C-Band slated to come online by 2023, the balanced yet significant benefits of mid-band 5G will accommodate new hybrid models of work that seek to maintain productivity, flexibility, and efficiency by blending the traditional experience of working inside the office with working from home.

Further, as businesses look to a future where we will all be in offices together again, there are clear benefits to transitioning from Wi-Fi to 5G connectivity – ranging from security to uptime to greater speeds. And while this won’t happen overnight, the C-band auction opens the door to begin the transition, and it’s expected that 5G connectivity will be on many enterprises’ budget sheets for the 2023 fiscal year and beyond.

Discussions around smart cities typically conjure images of connectivity that stretch well beyond the home and office. At the heart of this vision is infrastructure built atop a robust ecosystem of integrated devices and network sensors capable of translating data analytics in real-time to optimize everything from the electrical grid and water utilities via smart meters to traffic flows and public safety through vehicle-to-infrastructure communication.

Unlocking the potential of smart cities requires network enhancements like low latency, reliable coverage, and a substantial increase in capacity for more connected IoT devices to come online – and in higher densities. C-band is well-positioned to significantly increase network speed while offering the signal continuity necessary to support the dense interconnectivity needed to ensure the possibilities of smart city initiatives are realized – and live up to the promise of reshaping the citizen experience.

From machine learning and robotic automation to real-time data analytics for inventory management and process implementation, the concept of Industry 4.0, or the Fourth Industrial Revolution, has long been touted as the key to unlocking unparalleled levels of efficiency and precision. Currently, however, most warehouse robotics, like autonomous guided vehicles (AGVs), are constrained by wired ethernet or Wi-Fi connections that are slow, cumbersome, and prone to disruption amid dense factory settings.

With most factories and warehouse operations located outside of city centers and major metropolitan areas, the broader coverage range offered by C-band in comparison to mmWave will ensure that 5G is accessible and reliable enough to have a substantial impact on the manufacturing sector. By increasing data transfer speeds from 100Mbps to 500Mbps, C-band spectrum will play a crucial role in enhancing throughput and productivity while greatly expanding the bandwidth and capacity necessary to accommodate the growing number of IoT devices at the heart of the smart factory.

Making the 5G revolution a reality

From its inception, 5G has been touted as nothing short of revolutionary. By now, the associations and tropes are familiar: unparalleled connectivity, breakneck speeds, and latency low enough for the realization of everything from self-driving cars to remote surgeries. Not surprisingly, 5G has become a victim of its own hype-cycle, focused on the potentiality and possibility of a connected future to come, without attending to just how far we might be from realizing that future given the substantial infrastructure and investment challenges obstructing the path forward.

And yet, as a recent report by McKinsey put it, "the future is not solely happening on the frontier. Existing connectivity technologies are expanding and evolving, with new standards that boost network performance—and they are much less capital-intensive." To be sure, this is exactly what the wide availability of C-band spectrum provides. The possibility of a 5G network that can offer substantial benefits and improvements precisely because it occupies that critical space on the long road to innovation – one that builds on the infrastructure of the past to shorten the distance from our present to the horizon of possibility up ahead.

While we won't know the winners of the C-Band auction for several weeks, it's already clear that regardless of which service providers snag the largest swaths of this highly coveted mid-band spectrum, we all stand to benefit.