WiFi HaLow Is Promising But Complicated

The new 802.11ah wireless standard is compelling for IoT, but don't get too excited just yet.
Lee Badman

Changes to the 802.11 WiFi standard don’t come along very often. When they do, they are usually accompanied by great hype and lofty promises of incredible speeds that may or may not eventually be realized. The recently announced 802.11ah standard is different, and is newsworthy for several other reasons.

A quick refresh on mainstream WiFi frequencies is in order before we talk about 802.11ah. We’re living in a wireless world that primarily runs on 802.11n and .11ac. The .11n standard works in both 2.4 GHz and 5 GHz, while .11ac by definition only works in 5 GHz. The overwhelming majority of .11ac access points also have a 2.4 GHz .11n radio onboard, and both bands are wildly popular right now for everything from smartphones to laptops to the assorted gadgetry that increasingly comes equipped with wireless networking capabilities. And that gadgetry brings us to 802.11h.

Named HaLow by the Wi-Fi Alliance, 802.11ah works in 900 Mhz. This frequency might sound odd to the uninitiated, but the original 802.11 standard actually allowed for 900 MHz and Infrared, though neither really went very far because they are both quite slow by comparison to what can be done in the higher bands for WLAN applications. So, HaLow is slower, and works in a somewhat exotic frequency. Both of these characteristics are what make 802.11ah potentially a very good thing.

At the same output power, lower frequencies will travel farther than higher frequencies. This is just a page out of Physics 101, and it plays into the promise of 11ah. Some of us who implement wireless bridging in tough environments know that at times, 900 MHz can also penetrate objects that block 2.4 GHz and 5 GHz. There are wireless Internet providers who use 900 MHz extensively from towers to client premises equipment because the frequency will go through trees, buildings, and other objects. You won’t get blazing fast throughput, but you will benefit from usable, reliable signal.

This makes for a compelling story for 802.11ah and its use in the Internet of Things realm, where connected objects may be in nooks and crannies that conventional WiFi just can’t reach. But as with all new things in wireless, there is always more to the story. 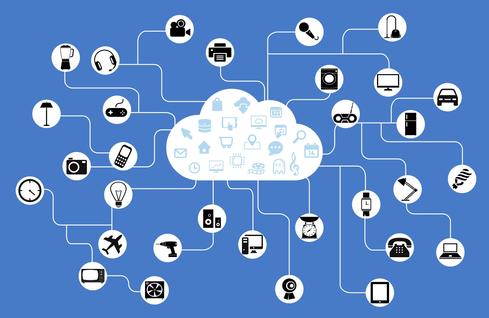 The IoT still is just emerging, and is largely up for grabs when it comes to any one radio technology dominating connectivity for bazillions of IoT devices. Even if 900 MHz does well, it will still be just part of a mix that also features Bluetooth, ZigBee, “regular” Wi-Fi, 4G and 5G, and a number of other standards-based and proprietary technologies. Moreover, HaLow is still subject to interference, and 900 MHz has its share of other devices already using the frequency. Cordless phones, hobby and licensed radio systems, lighting controls, and AV equipment are just some of the other devices that call 900 MHz home.

We also have to consider that many of the device makers that will produce 900 MHz wireless adaptors, or combination adapters that do 2.4 GHz, 5 GHz and 900 MHz, are likely to be the same ones that have yet to drag their wireless culture into this century. The WiFi client space is awash with devices that have substandard security capabilities, wonky radio characteristics, and poorly implemented network drivers.  A new frequency and standard can’t fix bad practices; if the client device culture doesn’t change before 11ah takes root, the standard has the potential to be a train wreck of incompatibility among components that all claim to support HaLow.

It will be a while before we see HaLow clients and infrastructure devices, so WLAN admins and designers have time to get up to speed on the ins and outs of 900 MHz. At the same time, we are at the mercy of the device makers getting it right, or they will complicate our lives with ill-delivered gear. Whatever happens, it’s on us to go into HaLow with eyes open and armed with hype filters.