When troubleshooting wireless networks, sometimes you have to deal with wires and other physical components. You may even need to leave your computer and go questing.
Amy Arnold

When troubleshooting wireless networks, it's good to remember just how many actual wires are involved, especially when dealing with wireless network bridges. Here are two examples from the kingdom of WLAN that required this stalwart engineer to do battle in the physical realm.

Quest one: Reports have come in that evil forces are at work at the edge of your kingdom--communications to the Dark Forest have been completely cut off. The queen, more commonly known as upper management, has tasked you to identify the source of the disturbance and restore the networking devices to working condition.

You promptly log into the root bridge and see no sign of the alleged commotion; all interfaces are in an up/up state. Feeling smug, you log into the bridge on the other side of the connection. This is where a troll leaps out, beats you and steals your sack lunch. Or something like that. What you find is this:

Notice that while the BVI and the radios are up/up, FastEthernet0 and its subinterfaces are taunting you in an up/down state. In the wired world, an up/down state typically indicates a successful physical connection but something astray in the protocol configuration.

In this particular case, however, your "show run" looks pristine, and communications to the Dark Forest have been working for quite some time. So you hop on your flying unicorn (in this case a Saturn L300) and leave the castle to get a closer look. 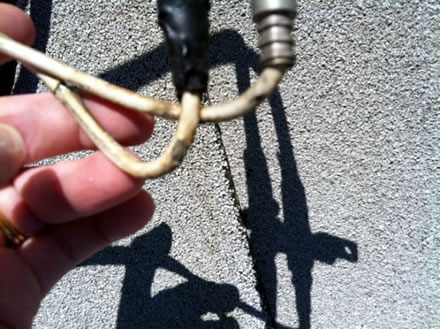 Clearly, goblins have been munching on your bridge's cables. You replace the damaged lines with the enchanted Goblins-Be-Gone brand. As a reward for restoring communications, the elves in the Dark Forest give you a stick-of-whacking that adds +5 to your troubleshooting intelligence but a -5 to your disposition.

Feeling confident in your recent victory, you take on quest two. Damsels in distress beckon to you from the tall tower across the forest, but you can barely make out what they are saying due to the jitter of the connection.

You are, however, able to log into the root bridge and see that all interfaces are in an up/up state. You run the magical incantation "dot11 dot11radio 0 linktest" and upon viewing the results, you suspect that an evil witch has cast a dastardly spell on your RF waves.

Interpreting numbers for RSSI and SNR often feels like black magic in itself. However, because you baseline your network like the awesome engineer you are, you happen to know that a good link test on your Cisco 1300-series bridge should look something like this:

Youâ€™re confident that you are not in the happy signal zone with a retry rate of over 200%. Your connection appears to be fluctuating between POOR and HOPELESS DESPAIR, so once again you take a long ride out into the darkness (carefully tracking your mileage for reimbursement purposes, of course).

This time you are greeted with: 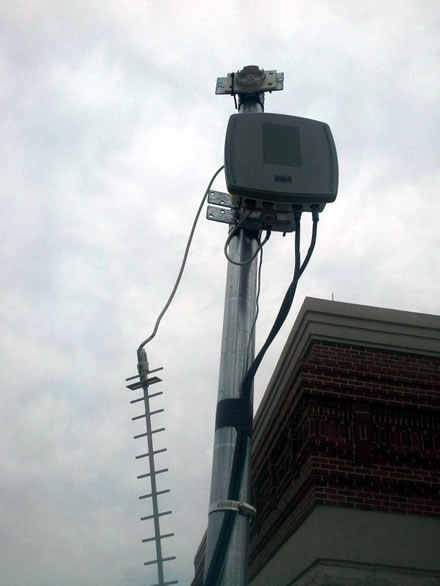 You conclude a hungry ogre tried to use your precious bridge antenna as a dinner fork. With no fear of life or limb (but of course following all OSHA regulations for a safe workplace), you bravely scale the 15-ft tower and install a suitable replacement antenna. The villagers rejoice and give you a basket of fruit and several large chickens. A gift card wouldâ€™ve been nice, and easier to transport, but you canâ€™t be too picky.

And that brings an end to our wireless quests for todayâ€”and likely my writing career. The next time you troubleshoot a WLAN, remember wires matter more, not less.

Do you have a wire-related troubleshooting tale to share, or perhaps some tips or best practices? If so, the comment box awaits you.

Amy Arnold, CCNP/DP/Voice, currently works as an engineer in the public sector with a focus on all things networking. You can follow her on Twitter at @amyengineer.

While today may not be the right time for enterprises to fully transition to Wi-Fi 6E, now IS the right time to prepare for the shift and ensure that they aren’t left behind.

As 5G Connections Grow, Automation will be Mission-Critical

Operators need to rapidly mature and scale software if they are to maximize the speed and agility of 5G deployment and operations.