The new 802.11ah standard paves the way for WiFi networks to support the avalanche of sensors and devices that will come with the Internet of Things.
Pablo Valerio

The new IEEE WiFi standard 802.11ah using the 900MHz band could be the solution for low-power wireless data at urban networks, large corporate campuses, hospitals, universities, and other large facilities that need ubiquitous WiFi connectivity for a large number of sensors, low-power communications, smart meters, and other connected devices.

802.11ah could solve many problems with deploying large-footprint WiFi networks by allowing a significant number of devices, providing power saving services and long distance to the access point (AP).

A typical 802.11ah access point could associate more than 8,000 devices through a hierarchical ID structure within a range of 1 km, making it ideal for areas with a high concentration of sensors and other small devices, such as street lamp controllers and smart parking meters. It can use the 900MHz band (license-exempt) with high reliability because of the limited use of the sub-1GHz band. 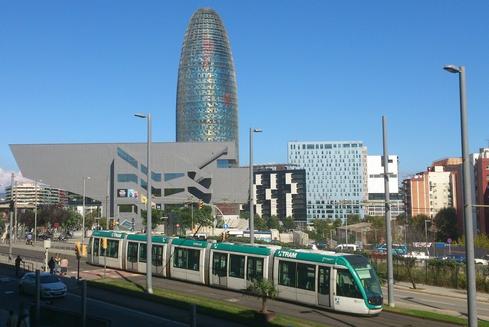 The PHY layer will allow devices and APs to operate over different sub-1GHz ISM bands, depending on the country regulations: 863-868 MHz in Europe, 902-928 MHz in the US, and 916.5-927.5 MHz in Japan. China, South Korea, and Singapore also have specific channels.

The 900MHz band is currently used in Europe for GSM 2G cellular service (the US uses the 950MHz and 1,900MHz bands). Though most carriers have moved to the faster 1,800 MHz and 3G UMTS, many devices still are using 900 MHz. Unfortunately, that requires the segmentation of devices for different regions, but that is already the case for most M2M communications and small sensors.

The European Union is trying to define the upcoming 5G standard as a mix of old and new wireless technologies. It's no longer possible to rely only on some forms of cellular data (GPRS/EDGE, HSDPA, LTE) to communicate with the 50 billion connected devices expected by 2020. Solutions such as WiFi offload, WiMax, 6LoWPAN, Zigbee, or sub-1GHz proprietary protocols also will provide the connectivity needed.

That's why the European Commission is proposing to use the 700MHz band for low-power, long-range, wireless broadband. The famous "digital dividend," resulting from the move to digital TV, made available a large part of the 700MHz band to be used for wireless data.

The US decided to auction that part of the spectrum in 2008. It was mostly allocated to AT&T and Verizon to launch LTE services.

While many players are fighting to control the communications standard for the IoT, it's clear to me that many connectivity options will co-exist. The 50 billion connected devices expected by 2020 will need many options, depending on the location, speed, and amount of data they'll use. A single protocol won't suffice.