Until now, indoor WiFi location technologies have relied on using at least four or five access points to determine each user’s location. With a new WiFi technology developed by MIT, it's possible to locate a single device, within a fraction of a meter, using only one AP.

A research team at MIT’s Computer Science and Artificial Intelligence Lab (CSAIL) created the technology, dubbed Chronos. The MIT team exploited the fact that WiFi uses an encoding method that transmits bits of packets on small frequencies. This way, they are able to avoid the delay in detecting the presence of a packet sent over the WiFi signal. Making routers switch between channels and sending those small packets at rapid bursts allows the system to determine the direction and distance of devices that ping the router by calculating the “time of flight” that it takes for data to travel from the user to the access point.

This technology can help increase network security by allowing only devices contained in a predetermined area to connect, a feature known as geo-fencing. In addition, businesses such as retailers and hotels that want to offer convenient, free WiFi to their customers can ensure that devices connecting to their service are on the premises, eliminating the need for complicated sign-in procedures that annoy most visitors.

Another important application for Chronos could be maintaining robotic formations. The WiFi technology could be used by flying drones to maintain the distance between them and other devices. Self-driving cars could use the technology to avoid certain infrastructure, without the additional expense of investing in more sensors or beacons.

In the home, there are a multitude of uses for Chronos technology. While today it is possible to use sensors to determine the movement and number of people in a room, with Chronos it will be possible to measure the amount of devices inside the house, and act accordingly. Professor Katabi, who led the CSAIL research team, told an MIT publication, “Imagine having a system like this at home that can continuously adapt the heating and cooling depending on number of people in the home and where they are. 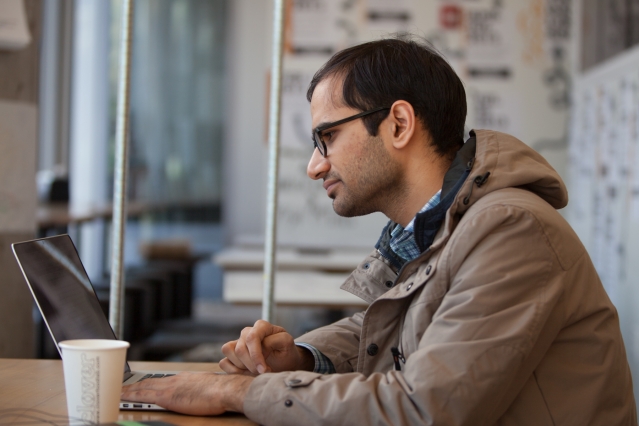 Integrating Chronos technology in an app for smartphones can offer additional services. It could be used to locate other users in a crowded facility, such as an airport, train station or exhibition center. Imagine being able to use your smartphone as a virtual compass showing the direction and distance to the person you want to meet.

To me, one of the most important applications is enforcing location security. Using Chronos, organizations can add another layer of security to their WiFi networks by creating access for devices in a strictly defined area. The system could also be used as an additional authentication method, as proximity to a workstation could be required in addition to login credentials and biometric data.

One very good thing about Chronos is that privacy is incorporated into the design. Users do not need to install an app to be located, nor do they need to sign up for a particular service.

WiFi MAC addresses, however, can be used to monitor people’s movements in locations such as shopping malls and stores. Retailers could use Chronos to track customers with increased accuracy, much better than they do now with several APs. Customers entering an area where this technology is in use should be warned to turn off the WiFi on their devices if they do not wish to be tracked.

That is why Apple introduced MAC address randomizing on iOS 7. The OS randomizes the address and sends a different one for each session, making it much more difficult for marketers and advertisers to slurp up your location data, browsing patterns, personal info, and more. A similar feature is available on Windows 10, but not on Android OS, although there are several apps offering that feature.

Chronos offers a new way for WiFi to provide location and tracking. People concerned about WiFi and Bluetooth monitoring their activities should turn them off -- including the background scanning feature buried in the advanced settings -- and only activate WiFi when needed.

Demystifying Private Cellular for the Enterprise

Understanding some of the key technical differences between new private LTE/5G technology and Wi-Fi is an essential step for enterprises to maximize their investments in both.