If the FCC gives Google access to public telecom infrastructure for deploying Google Fiber, it could open the door for many broadband providers.
Pablo Valerio

One of the advantages for big telecom providers that want to deploy new lines to reach customers is the ability to tap into public infrastructure, such as utility poles and ducts. These physical resources are something that carriers such as AT&T, Verizon, and Comcast are reluctant to share, especially with Internet companies. But Google is fighting hard to get access in order to reduce the cost of deploying its popular Google Fiber service.

That's why Google is asking the Federal Communications Commission, which is currently considering treating Google Fiber as a telecommunication service, to give the service the 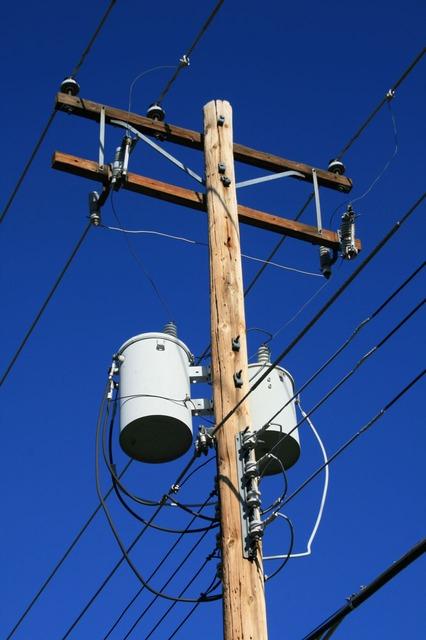 same access that other telecom providers have to public infrastructure. This could save the company up to 90% of the cost of wiring homes.

If Google and other fiber providers are given pole access, it could be the beginning of a race
to deploy fiber-to-the-home (FTTH) to many cities and towns, where the cost of digging trenches has deterred many initiatives and protected the monopolies of the entrenched telecom providers.

Current regulations in the US require companies with utility poles in public rights of way to provide access to certified telecommunications providers. In many cities and towns, both public entities such as city governments as well as the incumbent telephone company have deployed infrastructure to reach every home.

In Europe, where population density in cities is much higher, most of the telecommunications infrastructure runs underground, and cities have invested heavily in deploying dark fiber, which usually runs in the sewer network. When a telecom provider wants to deploy fiber in a building, it taps into the city’s existing fiber network and leases a point-to-point connection to its own data center. That makes deploying FTTH solutions much cheaper. But in the US, cities are generally less dense, and deploying underground fiber to all residential areas represents a huge investment.

The FCC wants to classify services such as Google Fiber as telecommunication services under Title II of the Communications Act of 1934. One reason the FCC is moving to reclassify fiber and cable broadband services, including the ones offered by telecom providers, is its push to regulate Net neutrality. Advocates for Net neutrality believe that Title II classification would allow the FCC to protect Internet services by regulating against paid prioritization.

Specifically, FCC the regulation mandates that it "shall be unlawful for any common carrier to make any unjust or unreasonable discrimination in charges, practices, classifications, regulations, facilities, or services for or in connection with like communication service, directly or indirectly, by any means or device, or to make or give any undue or unreasonable preference or advantage to any particular person, class of persons, or locality, or to subject any particular person, class of persons, or locality to any undue or unreasonable prejudice or disadvantage."

Also, Title II classification would require providers to obtain FCC authorization for raising prices, changing the service, or any other conditions on customer agreements.

Until now, Internet broadband services were basically excluded from FCC oversight since they were not considered basic telecommunication services under Title II. If the FCC is successful in reclassifying those services, it could add an important layer of regulation and scrutiny to complex Internet broadband offerings.

Google has deployed its fiber service in a few cities, with high acceptance by consumers. But it is very expensive for the company to reach many areas because of the costs of digging trenches to deploy the fiber lines.

A year ago, the city of Austin, Texas, wanted to change regulations in order to allow Google to access all utility poles, both those owned by the city and by AT&T. "It’s about speed. Obviously being able to attach to existing utility poles makes building fiber and bringing it to Austin residents much faster,” Google spokeswoman Jenna Wandres told the Austin American-Statesman.

AT&T, the incumbent provider of telecom services to the city, fought the move, claiming that Google is not a telecom provider. “Google has the right to attach to our poles, under federal law, as long as it qualifies as a telecom or cable provider, as they themselves acknowledge," AT&T Public Affairs VP Tracy King told the Austin newspaper. "We will work with Google when they become qualified, as we do with all such qualified providers."

Now, the FCC has the opportunity to change all that, and open the gates for many small and big suppliers to compete in an area where the telecom giants face very little competition.