Enterprise, law enforcement, and sports venue use expands, raising the need for IT infrastructure evaluation to support the resource-demanding systems.
Bob Wallace 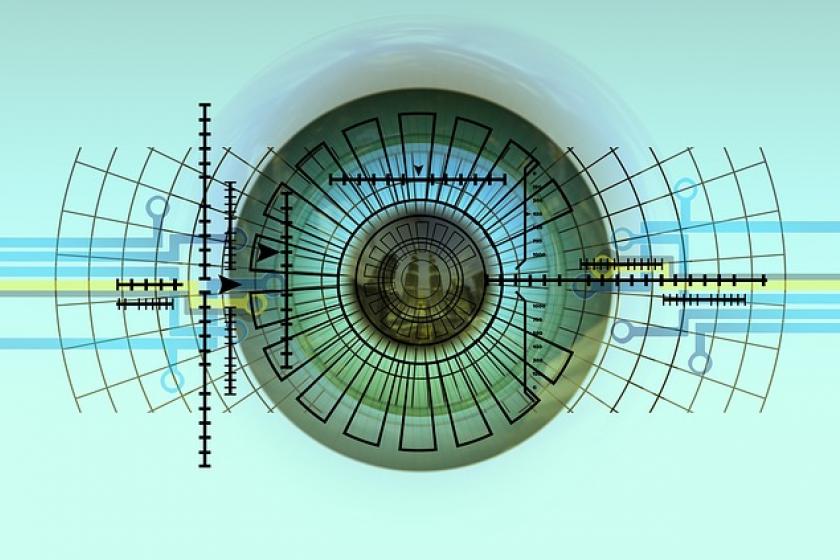 Whether it is access control for employees, clearing fans to fill a stadium for mass events, or helping identify suspected criminals, users are forging ahead with the evaluation, testing, and implementation of facial recognition systems.

And while law enforcement entities have encountered headwinds in the form of privacy and Big Brother concerns, interested IT managers across industries all need to consider infrastructure requirements for facial recognition systems.

For many security-conscious IT managers, key cards are giving way to the biometric family of approaches, which use speech, fingerprints, retina scans, and even breath to provide or prevent access to facilities and systems.

Another biometric approach, facial recognition, found its way from science fiction and spy movie material at the turn of the century to actual use by law enforcement, the military, and sports venues.

Largely unbeknownst to the masses, facial recognition was tested/used at Super Bowl 35 in Tampa in 2001, just months before the 9/11 terrorist attacks on New York City and the Pentagon.

Since then, the New York Police Department has pushed to implement facial recognition but has run head-on into opposition by privacy advocates, the American Civil Liberties Union, and those fearing the big brother use of the advanced technology systems.

Seeing its value for limited access control applications, the NFL’s New Orleans Saints recently disclosed it implemented a facial recognition software system from AnyVision in December 2019. The team explained has been used to grant access to players, staff, and other workers secure, seamless access to practice facilities. Not long after, COVID-19 hit the U.S.

Facial recognition is used to identify or confirm a person's identity using their face. It can be employed to identify individuals in pictures, videos, or in real-time.

The systems use algorithms to spot distinctive details of a person's face, such as the location of their eyes, the shape of their nose, or the appearance of their chin. By combining these attributes, they can read the geometry of a face to match it to an image. Most facial recognition systems use 2D images than 3D because it is easier to match a 2D image with public photos or those in a database.

The system then converts the facial image to data. How does that work? The best explanation of this step comes to us from security software vendor Norton: “The face capture process transforms analog information (a face) into a set of digital information (data) based on the person's facial features. Your face's analysis is essentially turned into a mathematical formula. The numerical code is called a faceprint. In the same way that thumbprints are unique, each person has their own faceprint.”

This faceprint is then run through a database of faces seeking a match in what can be a huge repository of many millions of images, with the largest found in law enforcement and crime-fighting organizations.

If your image is matched with one in a facial recognition database, the system notifies authorities who decide if it is a close enough match to act on.

The infrastructure required to support an effective facial recognition operation depends on how the technology is being used and the volume of images used to attempt matches. For example, if an enterprise is using facial recognition in an access control application to confirm the identity of employees, entities may be able to upgrade their current corporate IT infrastructure.

However, if a large, distributed enterprise is considering an implementation for all employees and workers, network and storage systems might need to be dedicated or augmented, along with computing power in the data center.

In either instance, high-speed network connections are a critical piece of the facial recognition system to ensure the low latency needed for high-volume scanning and matching in time-sensitive applications, such as access control.

In a metropolitan law enforcement implementation, a network of surveillance cameras serves as the foundation for the facial recognition software, which pulls images stored in a large database with massive storage.

By contrast, a solution for an NFL venue could run on the arena's backbone network, with upgrades in storage in the facility's data center. In newer – multi-purpose - NFL stadiums such as Atlanta Mercedes-Benz Stadium’s IT infrastructure is a data center, which processes all data on game day, and backs that up to the vendor’s cloud that same day.

Originally used by telecom carriers to deliver triple-play service bundles to the home, a Gigabit Passive Optical Network (GPON) is used to connect a wide array of high-speed devices and systems to the data center. The Mercedes-Benz GPON uses 4,000 miles of fiber-optic cable. GPONs can handle the low latency needs of high-volume scanning and matching.

When it hosted Super Bowl 53 in February 2019, the facility’s backbone network supported:

Though the NFL had used facial recognition as early as 2001, there have been evaluations of the tech by individual teams. Some are operating small image volume applications to verify the identity of these employees and players entering stadium facilities.

IT infrastructure revamps could be in the plans should sports teams expand their facial recognition implementations beyond players, staff, and suppliers, to includes the gameday fan crush of 65,000 to 90,000 people with all rushing to quickly pass through often jammed stadium entry points.

The same goes for older stadium venues that have added infrastructure over the years to support Wi-Fi 6, 5G service, and advanced video replay systems for fans and TV broadcasters.