While RPAs center around mundane tasks associated with a business process, network automation platforms are meant to scale across multiple domains.
Karan Munalingal 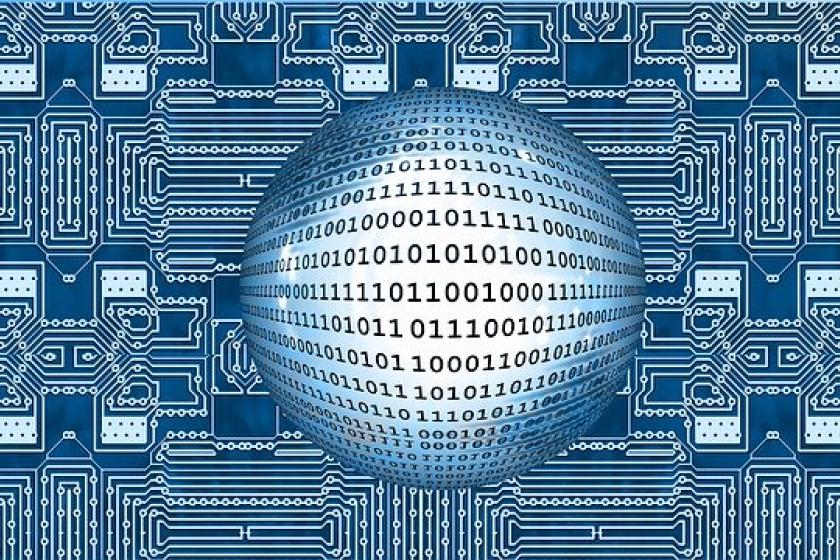 There is a common misperception in the marketplace that Robotic Process Automation (RPA) systems and automation platforms are redundant, when, in fact, they are complimentary. Utilizing RPAs with an automation platform allows organizations to leverage tribal knowledge that teams possess without enforcing a steep learning curve for software development and new enterprise tools. This combination supports most organization’s goals of extending automation initiatives beyond simple data analysis and single step mundane tasks to seamless end to end automation.

RPAs are mostly geared towards automating Business Process Management (BPM) activities normally performed by humans via graphical user interfaces available for digital systems. For example, imagine a user who has to fill out a form manually every day in order to initiate a service order, such as fulfilling inventory.

RPA allows users to record and emulate such repeated processes that a human goes through while entering data in a number of fields or clicking buttons in order to drive a business process. RPAs are especially relevant with legacy systems that are not machine-centric or programmable and only provide a graphical interface to interact with the underlying technology. Nevertheless, RPAs are limited to repeatable mundane activities that are executed in a sequential fashion and do not change very often (except for data).

The difference between RPAs and network automation

While RPAs center around mundane tasks associated with a business process, network automation platforms are meant to scale across multiple domains (not just technologies within a single domain) such as Cloud, SD-WAN, Data Center, Wireless and Network Applications in addition to ITSM systems in order to address the end-to-end process defined for a service request or offering. Every domain that may be part of a particular service has its own set of management and provisioning technologies that allow users to perform certain actions via different sets of interfaces (GUI, APIs, scripts).

An automation platform enables NetOps and DevOps teams to automate across programmable (APIs, Models) and non-programmable (scripts, GUI) technologies without enforcing expiration of legacy systems in favor of modern ones. Although most organizations might have complicated processes that traverse multiple sets of technologies, some business-specific activities might only need a human to perform actions on a single system that lends itself to RPA’s involvement. Instead of introducing unnecessary complications and forcing a tool to perform tasks, it’s not meant to perform. Teams can leverage RPAs as modular actions within their comprehensive automations within the automation platform.

RPAs and automation platforms are complimentary

So, as mentioned in the examples above, RPAs and automation platforms are complimentary. Consider another example where an organization has a legacy system, and manual intervention is the only way to perform actions on the system. Most likely, it includes a user interface where humans manually enter and change data. The same organization has modern technologies that are REST API driven, which provides better interoperability between systems within their environment.

How would you solve the first leg without having a platform that allows you to operationalize non-programmable legacy systems? Also, one cannot expect every modern technology to have a user interface, but you can expect them to have APIs. This is why it is critical to have a strategy that includes an automation platform that can leverage RPAs to address non-programmable system activities and modern interfaces such as REST APIs to drive comprehensive automations that scale horizontally and provide tangible operations and business impacts.

The right tool for the right job

Organizations that have legacy systems that are non-programmable also have resident experts and users who have been interacting with these systems for years. RPAs help them automate, reduce their workload, and accelerate the services (through a record & replay mechanism). In other words, if there's a variation, they can record the system interaction one time and play it back five times with different data sets. Now, just because you can automate a repeatable action using RPA doesn't necessarily mean you're going to rely on a UI interface across your technology stack.

At some point, if a UI changes, that RPA will have to be reworked in order to comply with the new UI and elements. This creates a lot of dependency on the GUI of the underlying software, potentially triggering RPA development effort every time the software improves the UI for additional feature requests and enhancements, etc. Instead of taking a unilateral approach, think about the problem holistically and dissect it into multiple different pieces. Using an automation platform can eliminate the dependency on a singular solution and allow organizations to scale automation across multiple technologies (including RPAs), each with their own strengths for a particular domain. Using the right tool for the right job will help organizations build automations that are future proof and leverage existing tools and skillsets to accelerate digital transformation.

Embrace the future while leveraging the past

The world is moving away from siloed human-centric activities to machine-centric world, where the automation benefits will be truly realized. If a technology is not programmable, using RPA to automate activities on this system might be a good strategy. However, it’s critical that organizations do not take an all-in approach and attempt to utilize RPAs on modern technologies that provide more robust interfaces such as REST APIs and NETCONF. As the network and required activities around providing network services become more complex, it is essential to plan for an automation platform that can leverage such robust and machine focused interfaces along with tying non-programmable assets via tools such as RPA.