Q&A: The Making Of A Networking Nerd

With his popular blog, tremendous Twitter following, and Tech Field Day work, Tom Hollingsworth – aka Networking Nerd – is a prominent voice and leader in the networking community. A former VAR network engineer, he's become a major influencer and IT mentor with his insightful and unique perspective on technology trends and best practices. A passionate advocate for networking professionals, Hollingsworth -- CCIE #29213 – this summer called for changes to the written CCIE routing and switching exam.

Hollingsworth's experience includes extensive work with K-12 schools and a broad range of technologies including storage, server virtualization, and unified communications in addition to routing and switching. He's also is a past Interop track chair and speaker. Network Computing recently met with Hollingsworth to learn more about his intriguing career journey.

Network Computing: How did you get started in networking?

Hollingsworth: I was working at a technical help desk job and realized I needed to learn networking to be a more complete troubleshooter. I did some contract work, then got hired as a network technician with a company (United Systems) that does work for schools.

TH: It was very cut and dried. It was never really the problems we had with desktop work where the answers depend. The people working on the network were generally a higher technical caliber so the problems were harder to solve, but more impactful than troubleshooting "Why can't I get to this site on Internet Explorer," viruses, or things like that.

NWC: What was it like working in the education space?

TH: K-12 education is a huge area that needs help because these people aren’t focused on profits. They are educating the future of the world. So we need to ensure we give them the things they need to get their jobs done and stop worrying about technology concerns.

NWC: What did you do after your 10 years at United Systems?

TH: I started getting more involved in the networking community, writing blogs and getting involved in Tech Field Day. I realized while networking was a stable, comfortable thing to work on, there was a transformation coming. I could either sit behind the curve where I was and deal with the changes that were coming, or I could dive in and get in front of those changes and help direct people to learn the things they needed to know. Thankfully Stephen Foskett [Tech Field Day chief organizer] jumped in front of me and asked me if I wanted to do this full time. I asked, "Can I start tomorrow?"

NWC: What excites you about networking today? 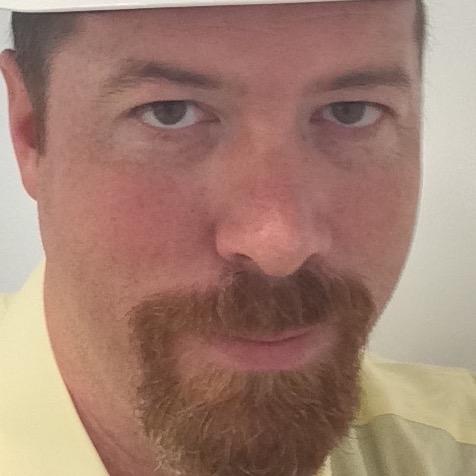 TH: Networking in the past 10 to 15 years was sort of in the doldrums of being really boring and there was no real innovation. Now we're at the point of where we're seeing -- between commodity hardware and software-defined everything -- real innovation is taking place. We're no longer bound by how quickly we can rev an ASIC or something like that. We're seeing amazing things, things like what Cumulus is doing or container networking like the SocketPlane folks do. Sit down and listen to Nick McKeown for an hour and think about what that presentation would have looked like 10 years ago. It wouldn't be close.

NWC: What do you enjoy about being a mentor to other IT pros? What drives you?

TH: I still get a bit of "Impostor Syndrome" when people ask me for advice, but I do enjoy being able to give them my perspective. I think that I have some stories to share that people can learn from.

NWC: What's your advice for other networking pros?

TH: Learn as much as you can. Digest as much information as you can. There's no such thing as being too technical. Even if you don't understand it on the first try, go back and take the points you think matter and learn more about those. Because the more ground you can cover, the more you will understand as time marches on. It’s important to get into the process of learning about new things in general so you can pick up new concepts like SDN and NFV quickly.

NWC: What's ahead for you?

TH: More Tech Field Day, finding more companies that are out there to present to our group of delegates. Helping people understand why networking is being transformed and what's so amazing about it. And finding those next networking startups that are ready to make things even better for us.