Social network aimed at sharing what interests and inspires users may be the next big social business marketing and engagement frontier.
Debra Donston-Miller 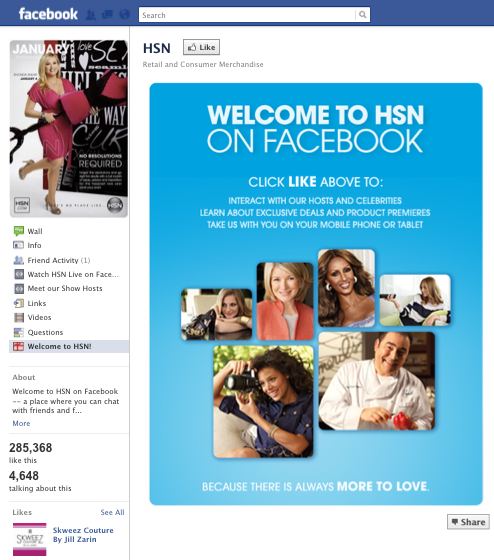 Companies are finding themselves challenged to effectively marshal their externally facing social networking efforts, and most are likely focusing on Facebook and Twitter. So, with resources at a premium, should your company be paying attention to upstart social network Pinterest right now? The short answer is yes.

Pinterest is a kind of visual bulletin--or inspiration--board. Users, who currently must request an invitation to join Pinterest, create boards with categories like "Books I Love" or "Beautiful Places" or "Products That Save Me Time." Users can then link images from websites (using a Pinterest browser bookmark) or upload images from their computers and "pin" the images to the boards. As with Twitter, users can follow other users, and Pinterest images can be repinned and shared.

The interest in Pinterest is certainly rising. Pinterest, which was just launched in March 2010 and has more than 10 million registered users, recently emerged as one of the top 10 websites in the Experian Hitwise Social Networking & Forums category. The site received more than 11 million total visits during the week ending Dec. 17, 2011--almost 40 times the number of visits six months prior. According to the Experian Marketing Services blog, Pinterest users skew female and young. Fifty-eight percent of users are women, and 59% are between the ages of 25 and 44. Compete.com found that the number of unique visitors to Pinterest grew 84% from May 2011 to January 2012, and 50% from just October to November 2011.

[ Scanning the social landscape? See Why Google Plus Is Better For Business. ]

Brands like Real Simple make sense on Pinterest. Indeed, Pinterest users' boards overwhelmingly focus on food, fashion, home decor, and hobbies--things that are visual and usually visually appealing. But what if your company makes widgets or hosts cloud-based services? Does it make sense to make time for Pinterest?

Bryan Boettger, chief creative officer of the Buddy Group, said all companies should keep Pinterest on their social network radars. Pinterest may not be worth the time and effort for every company right now, but it's important to keep the site in your sights and to think outside the box about ways it could be leveraged.

The Buddy Group helps brands ranging from YouTube to American Express with how to engage with customers online. Boettger said he and social strategists at the Buddy Group are experimenting with Pinterest but haven't included it in any clients' social media implementations as of yet. "We've started talking to some companies about Pinterest, but we haven't done any major initiatives with it," he said. "We're looking at what's the best route and which are the best companies to get involved with it.

Boettger said, at its core, Pinterest is best used to inspire or remind. A picture of a lush, green plant might inspire the paint choice for your living room, while an image of a Microplane grater might remind you that you need such a tool for that new lemon cheesecake recipe. Boettger said one way he is looking at capitalizing on Pinterest is as a gift registry: "Pinterest provides kind of a unique opportunity for brands to encourage friends to check out things to purchase for them for a birthday or holiday," he said.

And, even if your company doesn't make or promote something highly visual, said Boettger, it probably has something that can be visualized and put into context: data.

"One of the more popular things that's outside that lifestyle realm is the use of Pinterest to house infographics--things like data sets, visualization of data," he said. "Something like food or home decor or fashion, the objects themselves are art. But even with something like a technology company, there are always ways to visualize information in an engaging way."

Do you see value in Pinterest for your company? How are you using it, or how do you plan to use it? Please share your thoughts below or email me at [email protected].

The Enterprise Connect conference program covers the full range of platforms, services, and applications that comprise modern communications and collaboration systems. It happens March 26-29 in Orlando, Fla. Find out more.