With all-flash arrays and storage enclosures, the two hard disk drive giants are poised to move in on their customers' market.
Jim O'Reilly

By acquiring SanDisk, Western Digital has picked up an all-flash-array capability, while Seagate's 2014 purchase of Xyratex gets it into the disk enclosure business. The deals put the hard drive companies in the enterprise storage box market, but it remains to be seen whether they'll wind up leading the storage industry.

The SanDisk and Xyratex acquisitions actually aren't the first forays into the packaged storage business for Western Digital and Seagate. WD makes small storage boxes for the consumer and SMB space, as well as consumer set-top box products for streaming Netflix. Seagate has entered the backup space with low-end boxes.

Such activities in the face of a rapidly declining hard-drive market raise some strategic questions. Is the box business a serious growth venture or a sideline? Is this an attempt to migrate revenue and profit to the drive companies at the cost of the large traditional storage vendors?

The EMCs of the world are pretty well captive to WD and Seagate for drives. Conflict in the supply chain is essentially something EMC and others have to grin and bear, though some level of price war might convince a WD facing shrinking profits from its hard drives to streamline its business and sell off a unit such as the AFA line that might take a while to be profitable. It depends on whether WD sees AFA as a strategic necessity with good growth potential or not.

hard drive in a server.jpg 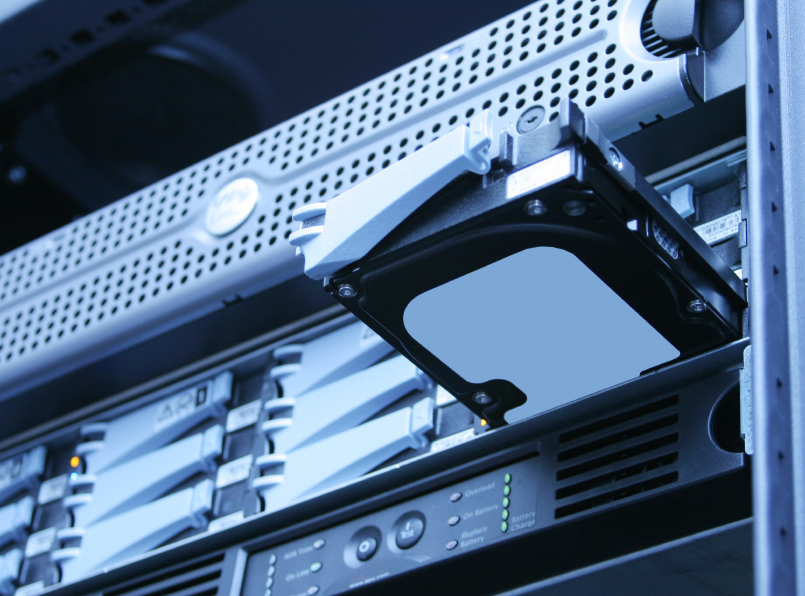 Seagate, on the other hand, has clearly determined Xyratex to be strategic. Buying an enterprise array assembly operation shows that Seagate saw a vertical opportunity that allows it to provide gear to Xyratex customers: the traditional array makers. As a business, today these OEM sales complement the drive business and do not conflict with the array vendors.

Let’s move forward in time to 2017: Now Quanta, SuperMicro and Lenovo are all major storage appliance vendors. They enjoy the efficiencies of scale the cloud brings, coupled with Chinese ODM margins and production costs. Their equipment will be priced much lower than EMC or NetApp.  This requires a rethink of the market structure for boxes by the two drive vendors.

First, EMC and NetApp will be selling Chinese ODM gear in a bid to save cost. This essentially squeezes Xyratex out of the OEM box assembly business. Seagate has to decide if it’s time to fold the cards on this business. The alternative is to begin selling rebranded ODM boxes direct to the enterprise rather than just OEMs.

One roadblock to going direct is that enterprise storage is morphing towards small appliance boxes and hyper-converged appliances that are not Xyratex's forte.  On the other hand, another business unit in Seagate does make boxes of the right size, so the company may up its game to enterprise strength.

Overall, however, Seagate is facing tough competition from Chinese vendors with excellent track records, high volume cloud sales, and a single-minded focus on boxes. This suggests that moving to the enterprise isn’t a battle they can win, though there is perhaps a short-term play as a reseller of ODM boxes with full support and fulfillment.

Western Digital has a somewhat different issue. There’s significant value-add in the all-flash array it acquired.  Strategically, it makes WD more credible as a flash/SSD maker, which will differentiate it from Seagate, which seems slow to face up to the flash revolution.

WD may think of the AFA line as just big, fast drives, perhaps legitimizing their sale and also placing them in the hierarchy of product lines in a palatable way. Even so, the AFA line conflicts directly with products like EMC's XtremIO.

The company is unlikely to close down or sell the AFA line. It’s new, but well-specified and is in a growing market. It’s a logical top-end product for their flash business. The determinant of its future is whether it sells well.

So, in a nutshell, Seagate isn’t likely to stay the course if or when it is squeezed by Chinese ODMs entering the direct and channel markets in the US, but WD will be in conflict with its customers, and this could spread if WD expands its high-end flash offerings. Even there, though, Chinese ODMs and startups have some slick products in the wings to offer strong competition.