At its annual customer summit, Juniper Networks outlined its strategy for helping organizations tackle the challenges that come with running multiple clouds. The strategy revolves around an expanded role for Contrail, its software-defined networking controller.

In a keynote at NXTWORK 2017 in San Francisco Tuesday, Juniper CEO Rami Rahim said infrastructure should be invisible to the end user, who doesn't care whether resources are coming from the private or public cloud. The complexity of using multiple clouds is impeding innovation and fueling Juniper's focus on simplicity. While it's impossible to get rid of complexity altogether, Juniper can "abstract it away so we deal with it instead of you," he said.

"This is our new obsession. Our engineering DNA has never been more important than ever," he said. "It's around shifting the burden from you to us."

He described Contrail as Juniper's "secret weapon" in enabling this simplicity, explaining that the company has invested in the technology similar to how a car manufacturer invests in a Formula 1 car. While the use cases for Contrail so far have been somewhat limited, its future is as "a platform, a single controller that can solve many use cases, whether its underlay or overlay, SD-WAN, multi-cloud security, telco cloud, with simplicity," Rahim said. 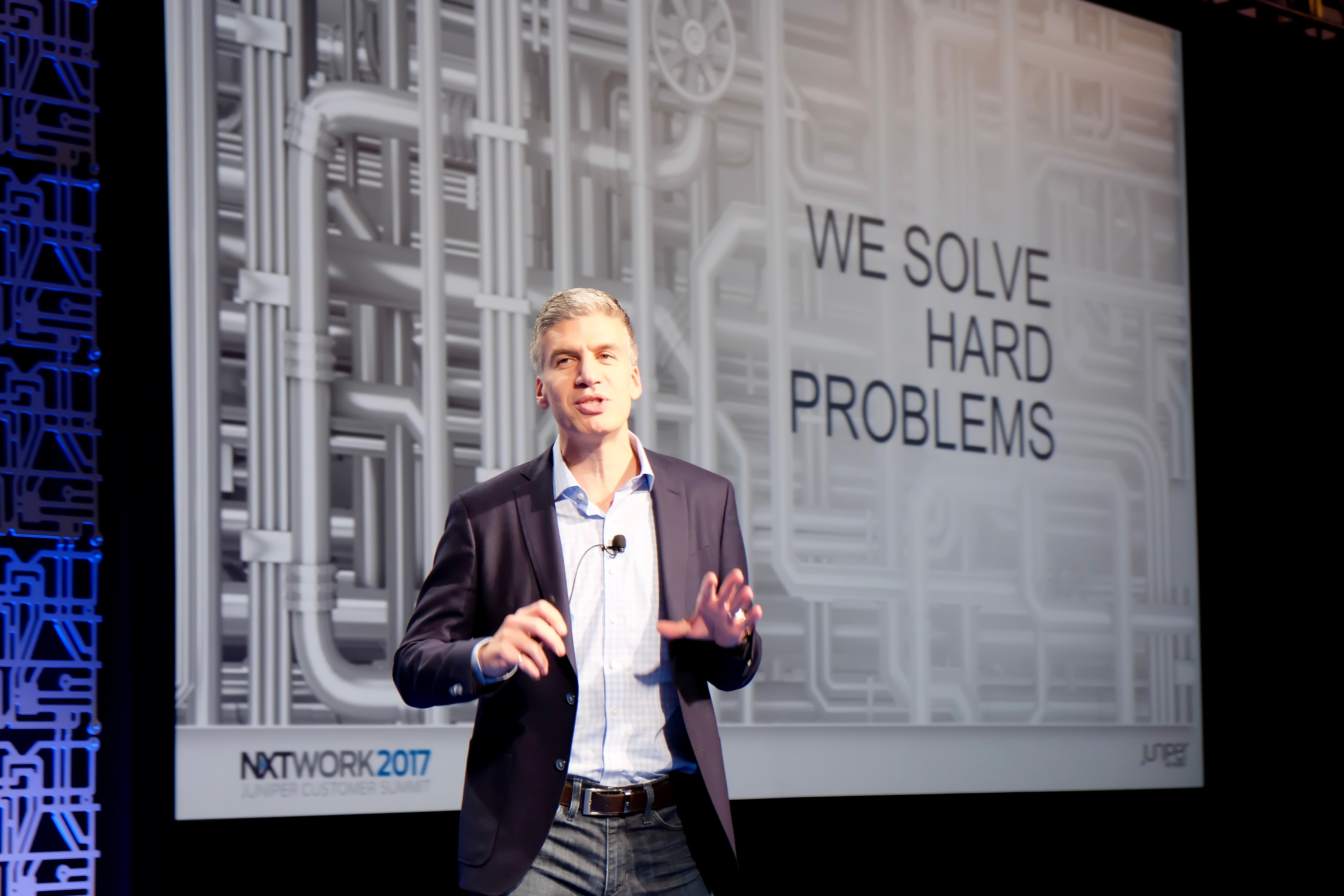 At the summit, Juniper CTO Bikash Koley introduced Contrail Enterprise Multicloud, which he said takes the power of Contrail's SDN overlay technology and enhances it with support for underlays and public cloud. AppFormix cloud operations management technology, which Juniper acquired last year, is part of the mix.

"We are here to solve multicloud with engineering simplicity," said Koley, who joined Juniper this summer from Google, where he was head of network architecture, engineering, and planning.

Later in press and analyst Q&A, Koley said moving OpenContrail to the Linux Foundation is a good opportunity for engineers to work together to further develop the project and address issues. Ultimately, what customers need are applications, which Juniper will be writing, he said.

At NXTWORK, Juniper executives explained the vendor's approach to software-defined WAN. "We view it as a feature, not a product," Rahim told analysts and media. Koley explained that the vendor is developing SD-WAN as part of Contrail and plans to work with its service provider partners on supplying the capability to enterprises.

"It has to be part of the broader networking strategy," he said.

Rahim told reporters that Juniper has completed much of the work on Contrail and the applications that support the additional use cases. In order to expand Contrail to management of the underlying hardware, Juniper plans to incorporate pieces of its existing Junos Space Network Management platform, he said.

Juniper's strategy to push Contrail as a platform that the company, its customers and partners can build on top of is in line with its API-centric approach, Dan Conde, analyst at ESG, told me. As a cloud-like platform/fabric for customers, Juniper Contrail is a bit more ambitious than its competitors, he said.

"It's a wider ranging vision compared to alternatives such as Cisco ACI and VMware NSX. Ultimately, they have similar goals: to stitch together on-premises and cloud networks into one clean network," he said.