The platform, dubbed Backpack, comes just two weeks after Facebook announced that its second-generation top-of-rack Wedge 100 switch was accepted into the Open Compute Project. The company said it submitted the specification for Backpack, which it has started using in production, to OCP.

"As we migrate our infrastructure from 40 G to 100 G, we’re faced with several hardware design challenges," Facebook engineers wrote in a blog post. "Not only does our network need to run at a higher speed, but we also need a better cooling system to support 100 G ASIC chips and optics, which consume significantly more power than previous generation components. Backpack is designed to meet both of these requirements while keeping our fabric design simple and scalable."

They described Backpack as having a "fully disaggregated architecture" with a clear separation of data, control, and management plans. An orthogonal direct chassis architecture enables better signal integrity and opens up space for better thermal performance, according to Facebook.

The internet giant said it's working to build a 100G data center in order to accommodate increased bandwidth requirements due to projected growth in video traffic. 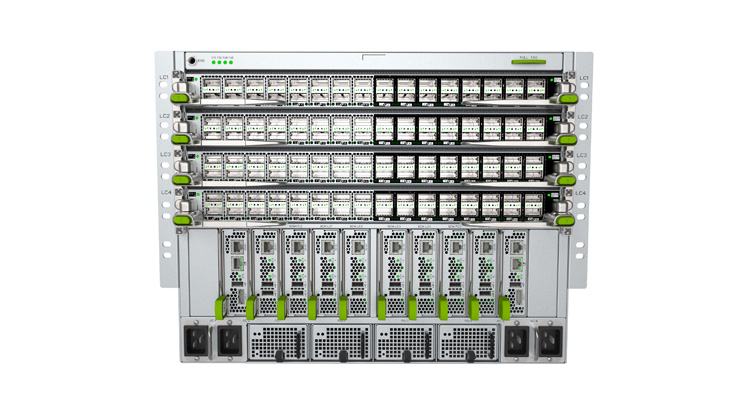 In developing Backpack, Facebook engineers said they leveraged the company's first modular switch platform, 6-pack. The Backpack chassis is equivalent to a set of 12 Wedge 100 switches connected together. The company continues to use its FBOSS and OpenBMC open networking software with Backpack.

In their blog post, the engineers provide design details such as using BGP, as well as the testing process for Backpack.