One of the buzzwords you hear about in data centers these days is composable infrastructure. Hewlett-Packard Enterprise, Cisco, Intel and others have touted the concept as a more efficient way to provision and manage on-premises data center infrastructure and dynamically support workloads. Dell also recently got into the act, introducing Kinetic.

But at Interop ITX, attendees heard a less than enthusiastic perspective on composable infrastructure. Rob Hirschfeld, CEO of RackN who has been in the cloud and infrastructure space for nearly 15 years including serving on the Open Stack Foundation Board, said IT infrastructure buyers should carefully consider whether the technology truly solves a problem for their business.

"I'm pretty skeptical about composable infrastructure," he said, prefacing his talk. "I'm not a fan of bright and shiny for bright and shiny's sake. It needs to solve a problem."

Hirschfeld noted that while his focus is software, what his company does -- develop software to automate bare metal servers -- has a lot in common with composable hardware. Composable infrastructure is "about how you change your hardware's form factor," he said.

From his perspective, the important criteria when buying IT infrastructure are: commodity components are interchangeable, it's manageable at scale, and it reduces implementation complexity. "If you're not reducing the complexity of your environment, then you're ultimately creating technical debt or other problems," he said. 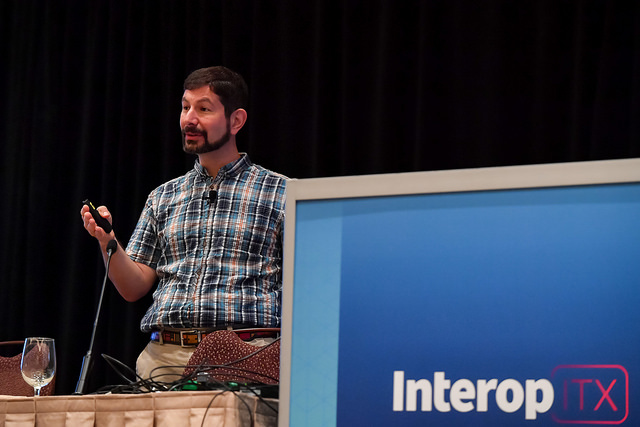 So what is composable infrastructure? Hirschfeld provided this definition: A server chassis that allows you to dynamically reallocate resources like RAM, storage, networking, and GPUs between CPUs to software define a physical server.

"So it's very much like a virtual machine, but with bare metal," he added.

Today's composable infrastructure solutions use high-speed interconnections -- PCIe and NVMe -- to extend the bus length of the components in a single computer, he said. The CPU remains the central identity of a system, but resources like RAM can be reassigned.

Composable infrastructure is designed to enable the creation of "heterogeneous machine configurations without knowing in advance your target configuration needs," according to Hirschfeld, who added that virtualized infrastructure can accomplish the same thing.

Most people he knows don't dynamically scale their capacity, which is why he's a skeptic, he said.

"I'm not saying don't buy this hardware. There are legitimate vendors and it might solve your use case," he said. "But understand what your use cases are and pressure test against other solutions on the market because this is a premium model."

Hirschfeld isn't sold on the benefits composable infrastructure vendors promise, such as reduced overprovisioning, improved time to service, and availability.

In his view, there are two types of IT infrastructure buyers: Those who want to buy an appliance and are willing to spend money on standard systems, and those who are focused on scale, are cost-sensitive, and have a multi-vendor deployment.

"In both cases, you'll have a pretty predictable use of infrastructure," Hirschfeld said. "If you don't, you're probably not buying infrastructure, but buying it from a cloud provider."