Although many companies continue to execute respectively within cloud infrastructure and security, some have decided to marry the two broader markets.
Kareem Aly 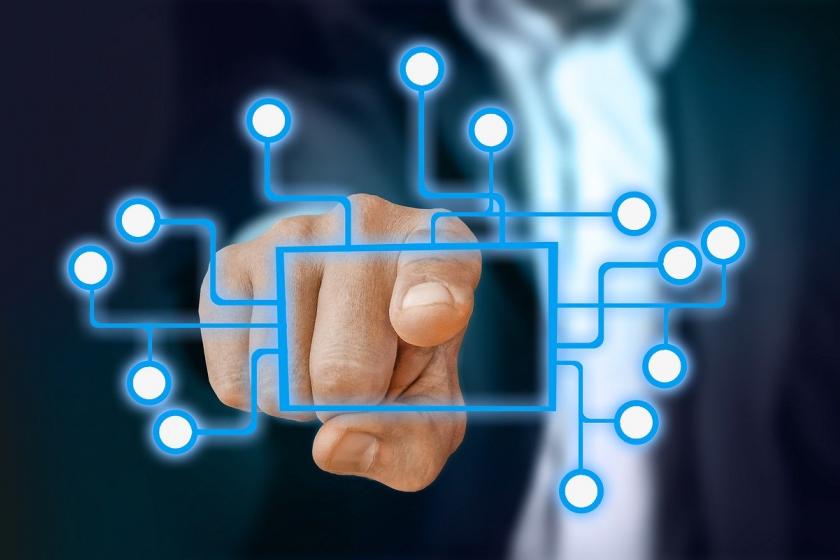 Innovation precedes security. We witnessed it with automobiles, which were introduced long before seatbelts. We witnessed it with the Internet, as credit card theft has inexorably run rampant ahead of encryption and 2FA (two-factor authentication) techniques. One Elon Musk might even argue that we will see it unfold yet again with the continued development of AI, or artificial intelligence:

Human tendencies can be hard to change. But we’re seeing some startups make the leap—to innovation with security rather than innovation before security. Some are focusing on issues related to cloud infrastructure, others on cybersecurity, and still others are making a splash intersecting the two.

The cloud continues to evolve and what an exciting transformation it is. We’re seeing a few trends here—namely:

We’ll repeat it again—when innovation progresses on the infrastructure side, security follows. An illustrative and recent example is the plethora of container security vendors that emerged once this idea of containerization increased in popularity. Some trends in security we’re focused on:

The last area here is the intersection of the two spaces we’ve covered in security and cloud infrastructure. We’d categorize this combination set into three buckets of companies:

Networking. The incumbents in this space have always made this intersection a notable part of their businesses. Companies like Cisco, Mellanox, Dell EMC, Arista, and Juniper Networks may ring a bell. But the more nascent entrants are following their footsteps —and doing quite well. The commoditization of hardware, abstraction of software from hardware, pooling of resources, and enforcement of app security / policy are draws for many customers, both from a cost savings and capacity gains perspective.

Storage. We’ve all heard of AWS, Azure, and GCP as the big storage vendors. But you can’t win forever, and they’ll all be disrupted sooner or later. Ideas around distributed storage and automatically identifying the best compute resource for any workload at any given time in any location are compelling. Although typically capital intensive, maniacal execution will result in large companies here. We’ve got an eye on this space.

Other. Broadcom first purchasing CA for $19 billion and then buying Symantec’s enterprise security division for $11 billion was a game changer. If you thought combining infra and security was fascinating, coupling semiconductors with security is a whole different ballgame. Cloudflare, which just went public, provides web performance management and ensures application availability, but also stops malicious bot abuse and DDoS attacks. Hashicorp secures and controls access to tokens, passwords, certificates, and encryption keys in addition to provisioning of cloud infrastructure (including k8s). Although these companies are attacking disparate markets, they are similar in their attempt to build security into their offerings from the ground up.

Although many companies continue to execute respectively within cloud infrastructure and security, some have decided to marry the two broader markets. In these cases, companies are introducing security from the get-go rather than as an afterthought. There’s no right or wrong, and it will always depend on the company’s overall strategy, go- to-market motion, and engineering capacity. However, the combination has proven effective in many instances and is interesting to be aware of nonetheless. 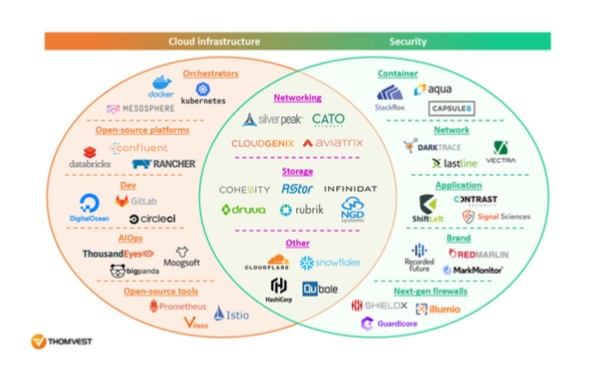