The return of the in-person event to New York City also saw a revival of disruptions by protesters calling out the cloud provider’s various government contracts.
Joao-Pierre S. Ruth 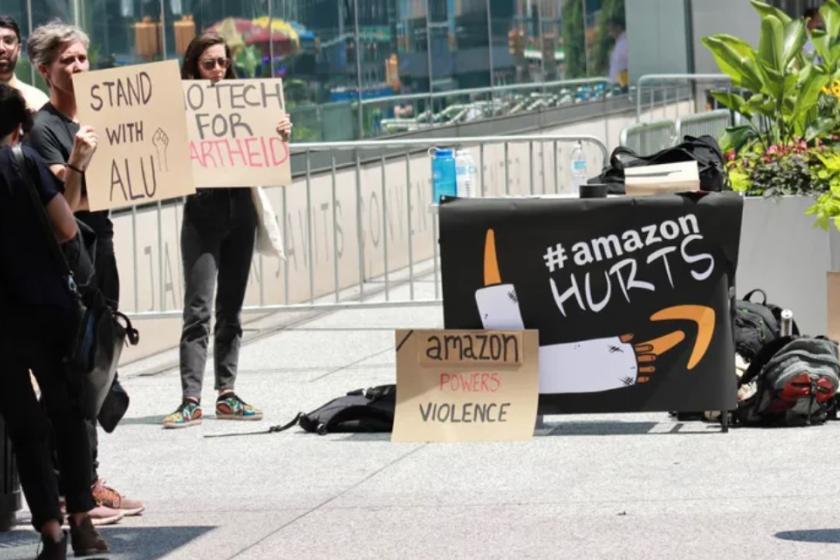 It was an unexpected day at the Javits Center. What started with a sudden change in the keynote lineup at the AWS Summit here in New York wound up with a cascade of protesters disrupting the proceedings.

CTO Werner Vogels had been booked to deliver the opening keynote at the event, but Martin Beeby, principal developer advocate for Amazon Web Services (AWS), took the stage instead. It was then announced that Vogels had called out sick from the summit and Beeby stepped in, leading off with the usual rundown of services and resources at the cloud provider’s disposal. “We have 84 availability zones across 26 geographical regions,” Beeby said.

His presentation included notes on Amazon’s investment in renewable energy, almost 16 gigawatts of it from such sources as solar and wind projects across 19 countries. Beeby also discussed how the legacy of early inventions influence future innovations, citing how the width of railroad tracks became a factor in the development of rocket boosters for space travel because the rockets had to be moved by rail. “Decisions you make in the past stick with you for a long time in lots of interesting ways,” he said. “Business constraints can date back to decisions you made years before.”

Beeby related that to decisions companies make about the cloud, which may have long-term impact on future applications. He also discussed how the ever-growing flow of data generated by systems, sometimes in terabytes and petabytes of data, can be processed via cloud resources. “The cloud has changed the way that we do business, the way that we can store vast amounts of information,” Beeby said.