Are We Entering A Golden Era Of Infrastructure?

Martin Casado, who co-founded Nicira, gave a provocative keynote on the future of infrastructure at Interop last week. After VMware bought Nicira in 2012, he was senior VP and general manager of the networking and security business unit. Today, he's a general partner at Andreessen Horowitz, one of Silicon Valley’s better known venture capital firms. When you hear a venture capitalist talk about the IT industry, it’s important to realize that they typically have little interest in what’s hot today. Their interest and perspective is much more focused on what will be hot several years in the future.

Casado started his presentation by describing the common belief that trends such as workloads moving to public clouds and the ongoing adoption of open source solutions are reducing, if not eliminating, opportunities for infrastructure vendors to innovate. He then countered that assertion and said we are about to enter a big, bad, golden era of infrastructure, one that we could not even imagine five years ago.

According to Casado, there are three trends that are making it easier than it has ever been for new companies to enter the infrastructure market and add value. One of those trends is the movement from hardware to software that's enabled by functionality such as hypervisors and Linux containers, which allow software developers to not care about the underlying hardware. This trend is already well underway, said Casado, who cited Illumio, Cumulus, and Mesosphere as examples of companies providing varying components of software-based infrastructure. 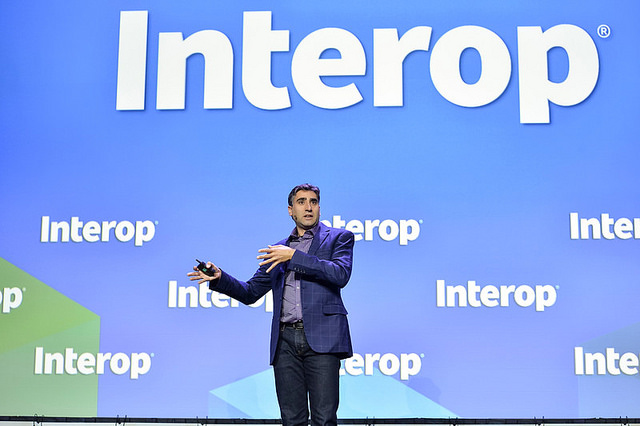 He pointed out that developing infrastructure in software vs. hardware dramatically reduces the time it takes to develop the functionality as well as the R&D costs. Delivering that software to a heterogeneous set of hardware platforms is actually quite difficult, he added. This limitation of the software model led to the second trend that Casado discussed: infrastructure services delivered as a service. Casado described some of the reasons why it's been so hard for startups to compete with incumbent vendors. Some of those reasons were that the incumbents:

Now that infrastructure is being developed in software and often delivered as a service, the third key trend is that application developers will have more influence in choosing frame works and for choosing what functionality is deployed, according to Casado. Application developers don’t care about Gartner reports, certifications, or existing relationships with sales reps, he said. What they do care about includes an active user community, APIs, open source and technical elegance, and low friction to initial adoption.

Some of the companies that have been vaulted into prominence in large part based on the influence of developers include Databricks, Docker and Cloudera, Casado said

It's hard to disagree with Casado about the shift from hardware to software and the impact that will have on the industry. However, that doesn’t mean I think hardware isn’t important; it is, and will be for the foreseeable future. What the shift does mean is that we can expect on an annual basis, hundreds or thousands of computer science graduate students around the world will create new software-based infrastructure products as part of getting their degree. From a commercial perspective, most of these products will go nowhere. But partly because they can be hosted inexpensively on AWS or similar service, some of these products will get at least angel funding and some those will become commercially successful.

I look at the trend of making more use of services as a way to deliver infrastructure functionality as potentially having an important impact on the development of infrastructure, but not as important as the movement from hardware to software. In similar fashion, while it makes sense to me that application developers will be very influential in terms of choosing frameworks, I don’t think that trend will have a major impact in the foreseeable future.

So what does this mean to those of us who work in this industry? If you are an incumbent infrastructure vendor and struggling to cope with the challenges of workloads moving to public clouds and the ongoing adoption of open source solutions, it means you are also facing -- and will continue to face --  a wave of potentially disruptive competitive solutions.

But if you work as part of an organization’s IT organization, it doesn't mean that your job will change significantly this year or next year. However, if Casado is right -- and to a large degree, I think he is -- it does mean that you will over time be challenged to incorporate an ongoing wave of disruptive infrastructure solutions. Moreover, some of the traditional techniques you have used to establish your professional value -- such as your vendor certifications -- will have less impact over time.