Are Cloud-Based Virtual Desktops The Future?

Traditional workstations have been power-hungry, expensive monsters with tons of computer power, GPU cards for rendering images and accelerating everything in sight, and correspondingly fast networks and disks.

Despite all of this muscle, they require a compromise. A job is confined to a single workstation, so video-editing, for example, requires some clever data juggling to map out the work and then bring it back together. Often, the workload is very episodic. An engineering workstation is loaded at perhaps 5% utilization 90% of the time with data input, idle time and such; during that other 10%, it's running flat out rendering a 3D rotating view of an object.

A spiky workload like this cries out for a virtualized, cloud-based alternative. The desktop-as-a-service approach, hosted in either a public or private cloud, would allow level-loading of the editing servers which would reduce overall costs by a substantial factor. Moreover, the cost-driven sub-optimization that usually occurs can be avoided. Bigger, better, and more current engines can be provided in the server farm, while the use of local flash instance storage gets around the performance issues that plague simple virtual machines.

With computing moved into a cloud of high-performance server engines, the question of what the desktop needs is up for grabs. A minimalist approach would only require a display unit with a reasonably fast network and enough local horsepower to display the images in a stream when needed.

While this would have been a dedicated terminal in the past, today it's more likely to be a tablet unit with a WiFi or Ethernet link. The hosted virtual desktop can easily keep up with streaming video, which is what the fastest output of the server engines looks like. It provides touch-screen interaction plus a host of wireless USB functions such as keyboards, mice, and sketchpads.

Compared with the traditional workstation, each cloud-based virtual desktop is relatively cheap, and when combined with an efficient server farm, allows for some considerable savings. There are additional cost-saving opportunities, however. Typically, storage is optimized around delivering data to the workstations, where the local disk is used for tasks such as editing. This makes for an expensive storage configuration.

Converging storage onto the compute farm should reduce storage costs by a good amount. I/O can be distributed, and there are classes of work, including video editing, where the read-access copy of the data can reside in the server DRAM for the duration, lowering I/O demands and allowing the use of cheaper bulk storage.

Tablets tailored to this cloud-based desktop model are beginning to appear. A Chromebook fits the display-only approach really well and the concept is receiving strong support from the players who drive the required technology.

VMWare, Google, and Nvidia are working together to streamline the flow from a virtualized engine to the screen by combining VMWare's BLAST technology, Nvidia's vGPU technology, which virtualizes GPUs for desktops, Android support for BLAST in the server, and a local high-performance GPU in the Chromebook. This combination is leading to workstation replacement products like Acer's Chromebook 13, which is priced below $400. The bulk of the cost has moved back to the server. 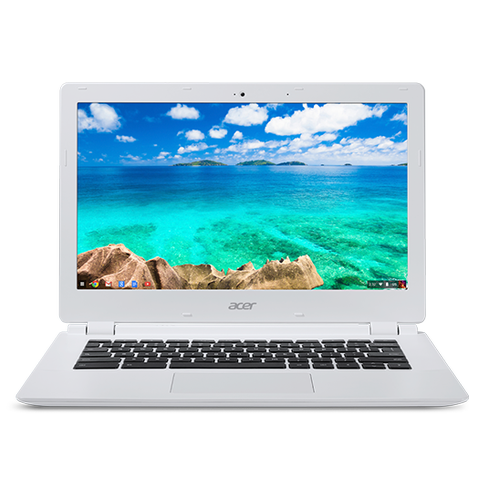 Note that this Chromebook isn't a low-end unit. With HDMI, 802ac networking and USB 3.0 ports, it can be configured with a big screen, and all the peripherals an engineer or video editor needs. But of course, it's more than a traditional workstation. It is a portable device, and the value of that for meetings, collaborative editing, and working from home, is immense.

Software vendors are moving to take advantage of the hosted desktop model Adobe is pushing its Creative Cloud approach, with a pay-as-you-go scheme for server-based computing. Its SaaS model makes sense, allowing costs to be tailored to specific needs, while providing a great deal of flexibility in operation. There are even reports that Nvidia might enter the SaaS rendering space.

The cloud-hosted workstation isn't limited to just video-streaming; it applies to a wide variety of applications. With the ability to move easily between mobile platforms (and the home TV and the office projector, too), this may well be the future of computing, replacing any local computing with the cloud. From a data management and security point of view, that's an attractive proposition.