Tech Product Placement In Hollywood: The Inside Story

Marketing in the IT world being what it is, I wasn't at all surprised the other day when my friends at SimpliVity started promoting the big news that the Pied Piper box on HBO’s "Silicon Valley" was actually SimpliVity’s OmniCube. The SimpliVity folks found a good way to generate social media, and got the thrill of being in show business, even just peripherally.

"Silicon Valley," for those of you who don’t have televisions for fear that professional wrestling or Donald Trump might offend your delicate little eyeballs, follows the founders of Pied Piper. These geeks -- a term I use lovingly and in self-identification -- have invented a compression algorithm so efficient that all the data in the Library of Congress could fit in a thumb drive. The evil CEO, brought in by the VCs for adult supervision, wants to package it into an uber-Data Domain backup appliance, the Pied Piper box.

What the folks at SimpliVity didn’t know is that my father was one of the inventors of product placement. He was a prize coordinator on the "$64,000 Question" television game show which basically meant he was the guy that convinced a company to provide the case of Rice-A-Roni, the San Francisco Treat which, along with a small payment, was the consolation prize for each losing contestant.  When the quiz-show scandals (see Robert Redford’s movie Quiz Show for more on that) put him out of a job, he shifted to placing products in Broadway shows and movies made in New York.

In my teen years and early 20s, I worked with him placing high tech gear, some of which I got to keep after filming wrapped. There was no one in the propman’s local 52 of the International Alliance of Theatrical Stage Employees who knew how to make a computer work, so I worked on set, making the computer display what Kojak was supposed to see even though Telly Savalas could never hit the right keys. The biggest product promotion project I worked on was "Wolfen," a 1980 thriller starring Albert Finney and crazed mutant wolves that terrorized New York. I convinced several companies to supply computers to dress the control room set. We even had a Data General  Nova 4, complete with spinning 9-track tape drives.

Even better, we got Magnavox to lend us its latest graphics computer and actually used it to create some early CGI. The computer was based on the terminals it built for Control Data Corporation's early computer-aided instruction system Plato, upgraded with a Z-80 processor, floppy drives, and Microsoft BASIC.

It had a state-of-the-art orange plasma display and a special random access Kodak Carousel slide projector sticking out on top. When they wanted to show Albert Finney’s high-tech security firm tracking a suspect's car through the streets of New York, I wrote a program to take advantage of both. 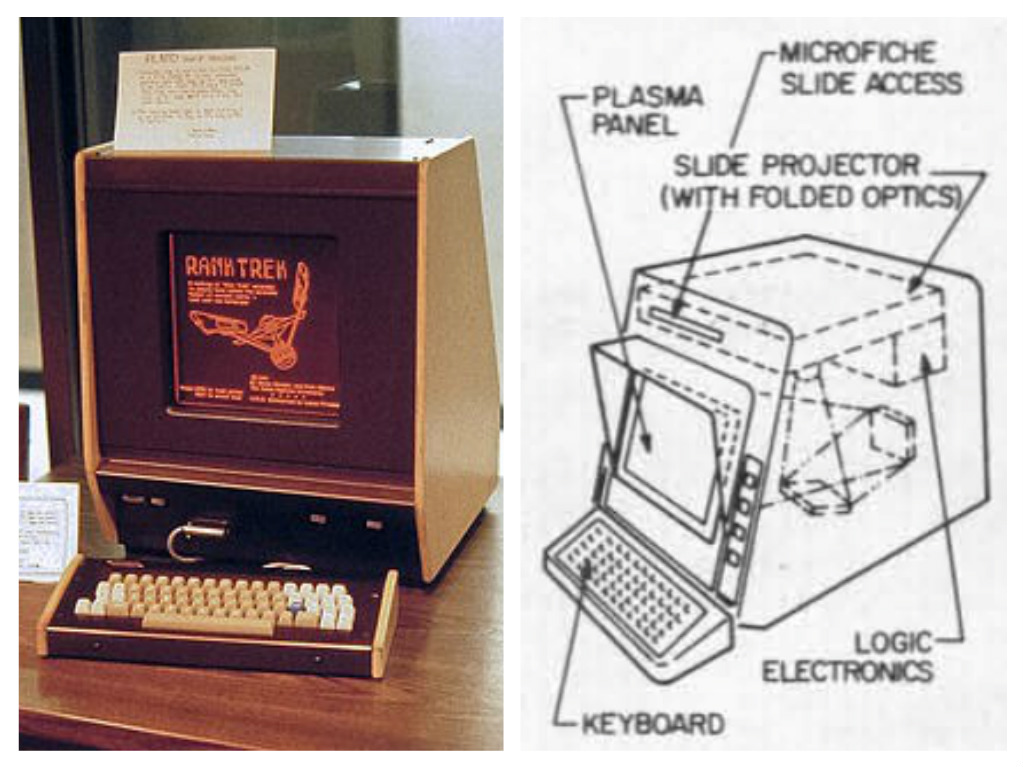 We had slides made of the city’s street map and loaded them into the projector to shine on the back of the plasma screen. My program drew a little orange car and moved it down Broadway until it reached the edge of the screen where I changed to the next slide and redrew the car at the top.  It looked pretty hokey by today’s standards, but in1980 this was state-of-the-art computer graphics in film.

Alas, my career path left the movie business and I ended up a greybeard of the storage community. I don’t regret my choice except when reading the geek credits on a comic book movie roll by,  I wonder what I’d be doing in Hollywood now.

SimpliVity’s adventure in show business also shows that to some extent, just as any publicity is good publicity, any product placement is a good product placement. Even though Richard, the founder of Pied Piper, says, “Why don’t we sell out all the way and jam our technology into a metal #&(%-ing box” just seconds before the SimpliVity OmniCube, rebranded with a Pied Piper faceplate, appears on the screen, SimpliVity has gotten what they wanted out of all of this -- us talking about SimpliVity.

Disclosure: While SimpliVity is a client of DeepStorage, this is not a sponsored blog post and I didn't get to keep the cool Magnavox machine or the Nova.