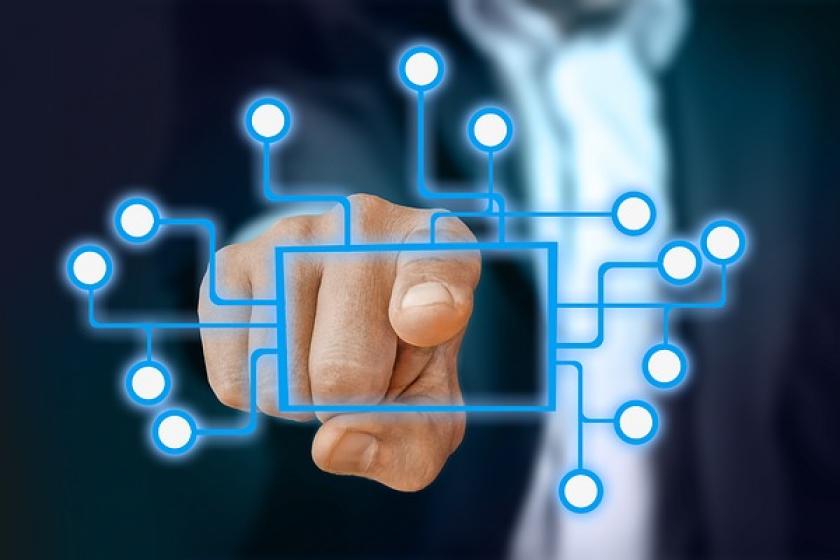 The COVID-19 pandemic has had devastatingly long-lasting effects on businesses, with even more predicted to come. From supply chains being interrupted to the demand for business’ products and services declining, businesses have experienced major challenges.

Perhaps one of the biggest segments that has been disrupted during this time is hiring. According to the U.S. Bureau of Labor Statistics, in 2021, over 47 million Americans voluntarily quit their job, causing an unprecedented mass exit from the workforce in a time that is now widely referred to as “The Great Resignation.” But what ultimately made these workers call it quits? A Pew Research Center survey found that low pay, a lack of opportunities for advancement, and feeling disrespected at work were among the top reasons why Americans quit their jobs last year.

Industries across the globe are now plagued with the challenges of hiring amidst the Great Resignation, but the switch to virtual created an increased strain on network and network operations teams, affecting hiring difficulty even more. As detailed in a recent report titled, “Network Management Megatrends 2022: Navigating Multi-Cloud, IoT, and NetDevOps During a Labor Shortage”, nearly 40% of network operations respondents reported that the COVID-19 pandemic has introduced new hiring challenges.

Networking professionals - the far and few between

The pandemic and Great Resignation contributed greatly to the hiring woes left by the massive switch to remote work. We see this in the efforts of businesses going virtual. Going virtual presents its own potential problems. For example, having an unidentified device appear on a network that could be disguised as a hacker could potentially cost a company its livelihood. In order to avoid this, businesses need a skilled network operations team, but consequently, there is not a large pool of talent for one.

Network operations have changed immensely as a result of the IT changes caused by the pandemic-driven Great Resignation. Networks have become more user-centric, allowing users to add and control their network at home or in the office. Though this may seem like a more efficient way to operate, it actually contributes to the hiring challenges felt in this industry.

There is a dire need for skillful network operations teams due to the challenge that comes with adding more and more devices to your network. As more devices are added, so are the opportunities for potential problems to arise on a network if a skilled professional is not monitoring it.

Networks today and the technology behind them are changing rapidly, making hiring network professionals all the more critical yet still difficult. To no surprise, the shortage of skilled networking personnel has directly contributed to the lack of network operations success at many enterprises. According to the same survey mentioned above, only 12.5% of enterprises believe it is “very easy” to hire and retain skilled networking professionals, while 26% have reported great difficulty.

Feeling overworked is currently the second most common reason people quit their jobs. Luckily, for networking personnel, there are effective network management tools that make network operations teams more efficient and effective and help mitigate these employee shortages. In fact, more than 78% of network operations professionals at least somewhat agree that network automation tools can mitigate challenges associated with understaffed network teams. But how can companies even use these tools if undergoing hiring challenges?

Operational efficiency is a top benefit that IT organizations pursue with network automation investments, so turning to tools to reduce the amount of time personnel spend on repetitive tasks is extremely enticing to potential candidates. As some employees reported leaving their companies because they had too much work to do, this increases the desire to become skilled networking personnel.

Employers have listened to the many who have left their jobs during The Great Resignation and are making strides toward change. With many citing low pay, lack of opportunities for advancement, and feeling disrespected as other top reasons for leaving a job, businesses know their approach to hiring needs to change to alleviate these woes and attract skilled professionals.

It’s more important than ever for organizations to empower network teams. As companies continue to experience a double-edged sword as both their networks and network operations teams are increasingly stretched, it’s critical for organizations to listen to their employees, switch up their approach to compensation, and provide them with advanced network management solutions that can help them meet new challenges in this constantly changing IT environment.

Marc Morin is CEO and Co-Founder of Auvik.