The international 6G standards are still in development. But one thing is clear: 6G will leave its predecessors far behind.
Michael Peeters 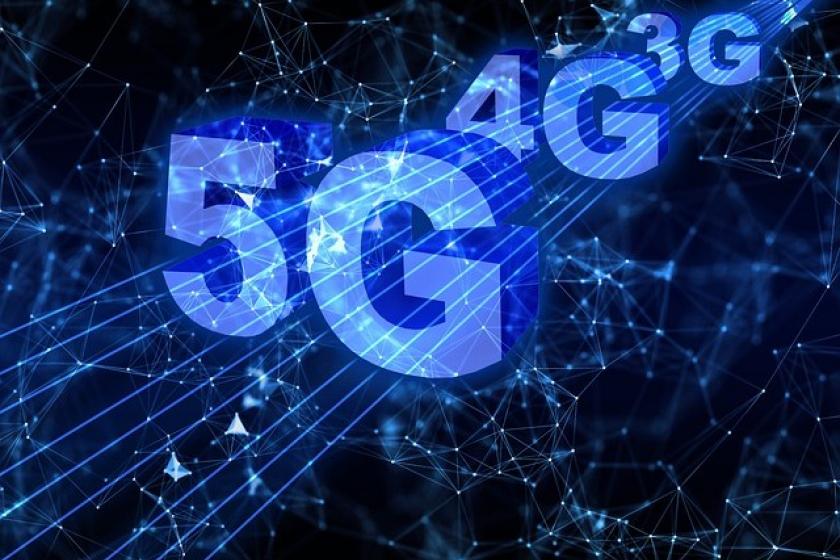 The telecoms industry is continuously pursuing innovative technologies that can support the growing demand for mobile bandwidth – a demand roughly doubling every two years.

Case in point, three generations of cellular network technologies have been introduced during the past two decades: starting with the rollout of 3G in 2001, moving to the commercial introduction of 4G in 2009, and finally the installation of the first 5G networks today. In parallel, other mobile communication flavors – such as Wi-Fi – have claimed their place as well.

Still, despite those new developments, our hunger for bandwidth remains insatiable. Add to that the need for increasingly lower latencies, especially in industrial settings, where they have become a critical requirement for keeping operations on track. That is why the sector has started to prepare for the next step, i.e., introducing the sixth generation of mobile networks (6G).

Admittedly, it is early days: the international 6G standards are still in development. But one thing is clear: 6G will leave its predecessors far behind. 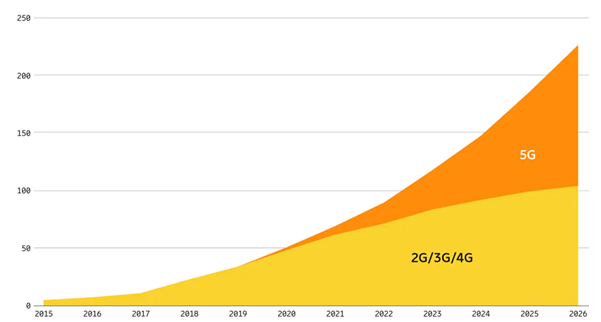 For most people, mobile broadband networks are just a means to stream movies and series on the go or to download large files quickly – whenever, wherever. What they need is speed.

Should this come as a surprise? Not really. For more than two decades, speed has been the number one selling point with which telecom operators have tried to attract customers.

The fact is that we keep on sharing more – and increasingly large – (video) files over the Internet. Statistics show, for instance, that people watch more than one billion hours of YouTube videos every day. And three-quarters of YouTube users access the platform using a mobile device.

What is key for people is to be able to access those downloads anytime, anywhere – and to watch videos in the highest possible resolution. Enter mobile broadband.

Frequencies of 100GHz (and more)

The higher the frequency, the more available bandwidth. So to achieve those bandwidths, we will need to tap into higher radio frequencies.

For example, 4G networks are limited to frequencies of up to 2.5GHz, while 5G networks operate in the 28 and 39GHz bands. And the next generation(s) of mobile networks – including 6G – are expected to resort to frequencies above 100GHz.

A latency of just a few microseconds

People’s mobile experience depends on more than the amount of data that they can (quickly) download. For many applications, the network’s latency is an equally important factor.

When watching live TV programs, for example, latency can make or break the customer experience. After all, no one wants to miss out on that crucial penalty kick during the final of the World Cup soccer.

Admittedly, the introduction of 5G networks (and their latency of less than 1 millisecond) should already put an end to such hiccups. Still, 6G proposes an even more improved latency of just a few microseconds.

That will particularly be necessary to support the growing number of Internet of Things (IoT) applications. Think of closed-loop control systems that independently control machines and complex industrial processes based on real-time sensor data; or time-sensitive medical IoT applications, such as the processing and interpretation of electrocardiogram (ECG) or electroencephalogram (EEG) signals.

The power of the IoT is determined by the number of connected sensors and devices. Here as well, an enormous growth is projected. Market research company Statista predicts that by 2025 the IoT will consist of nearly 31 billion devices, compared with 12 to 13 billion devices today. With this ever-increasing number of devices comes the challenge of connecting as many as possible to the Internet (per m² or km²). This number is referred to as the connection density.

An energy consumption of less than 1 nanojoule per bit

As discussed, 6G networks will have to resort to higher radio frequencies to support the need for higher bandwidths. But one of the problems is that the underlying (chip) technology is not (yet) able to operate in those frequency bands in an energy-efficient manner, while energy efficiency is one of the telecom industry’s main challenges.

Telecom powerhouse Ericsson stated in a recent report that mobile networks' energy consumption is indeed likely to increase dramatically – at the expense of both the environment and networks’ total deployment cost.

Still, the telecoms industry is not sitting idle. According to telecom operator Orange, the introduction of new technologies and software could reduce 5G networks’ energy consumption by a factor of 10 (per transported gigabit) by 2025 – compared to 4G. And by 2030, that could even become a factor of 20.

By contrast, today’s efforts to increase mobile networks’ energy efficiency risk being offset by the rapidly growing amounts of data that need to be transported. For years, a similar battle has been raging in data centers – featuring optical fiber connections that need to handle as much data as possible while maintaining high energy efficiency. Today, in test setups, fiber optics run at several hundred femtojoules per bit (with 1 femtojoule equaling 10-15 joules).

For 6G, researchers have set the goal of reducing its energy consumption to less than 1 nanojoule (10-9 joules) per bit.

To do so, researchers place high hopes on new III-V materials – such as indium phosphide (InP) – even though those do not yet lend themselves to being integrated onto a silicon platform. Hence, the research community is specifically looking into hybrid III-V/CMOS approaches, investigating how to combine III-V materials with CMOS technology heterogeneously, how those materials perform in terms of reliability, which degradation mechanisms are at work, etc. Building on those insights, researchers aim to create mobile device technology that efficiently and cost-effectively operates at 100GHz and beyond.

Michael Peeters is vice-president of R&D for connectivity at imec.